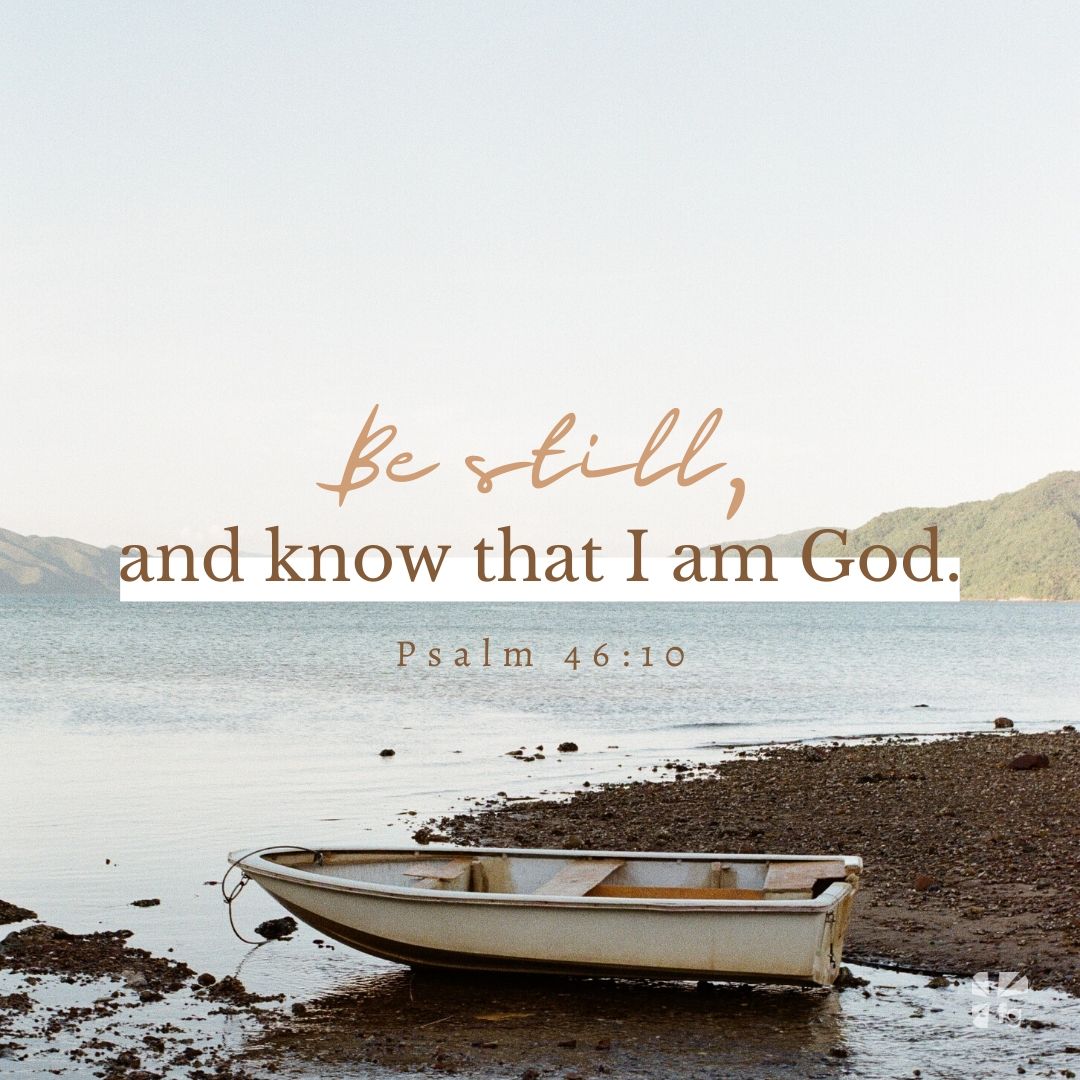 The truth is you will thrive after tragedy much faster by making these a part of your weekly routine, and I recommend incorporating them in that order.

Prayer is important. Taking time to talk to God, and to listen to what He wants to tell you, is so crucial. It is a two-way conversation, figuratively speaking. Psalm 145:18 says,

He is waiting to hear from you. He already knows the truth about you, but He wants you to tell Him that truth. Once you talk to Him in truth, He speaks truth back to you. Don’t do all of the talking. Speak to Him and wait for a response. He says in the Word,

Additionally, reading your Bible and allowing the Word to minister to you is critical because many times He speaks to us directly through His Word.

Now, if you are skeptical or new to prayer, you should create a time for quiet and peaceful meditation. You can find an isolated location and get away from your emails, calls, and responsibilities. Create opportunities for your mind to reset.

Jesus was very close to the family of Lazarus and his two sisters. Once when Jesus was visiting, Martha was working hard around the house and was annoyed that Mary was not helping her but was instead sitting at Jesus’ feet. In response to Martha’s complaint, Jesus said,

Martha, Martha, thou art careful and troubled about many things: But one thing is needful: and Mary hath chosen that good part, which shall not be taken away from her. — Luke 10:41-42 KJV

This is such a powerful lesson for life. Mary was sitting at Jesus’ feet, listening. Many people hear but do not have good listening skills. We must discipline ourselves to slow down and sit down to get divine direction from God. I’m sure you’ve discovered by now that you don’t have all the answers. You don’t have the whole plan, so open yourself to listen to the One who has the missing pieces to make your plan work. Now you are #winning.

After prayer, I highly recommend that you get serious about exercise or increasing your physical activity. Studies show that sitting for long periods of time is so harmful some companies have invested in desks that workers use standing up. I watched a TED talk where an executive officer requires her teams to have walking meetings. The team has the meeting walking across their business campus. It helps with attentiveness, creativity, and overall health.1 Pre-Katrina at a doctor’s visit, I asked my doctor for his opinion on why the number of cancer cases has increased in the world. From his thirty years of practicing medicine, he felt that lack of exercise was one of the most significant factors. Shocked, I asked, “Not poor nutrition?” He said diet was significant, but more so was the lack of exercise.

That conversation changed my life, and I then decided to share his advice with others. So if you really want to see an improvement in your overall well-being, you should also consider adjusting your exercise and nutrition habits. You will find yourself feeling better, moving faster, and thinking more clearly. All these things are necessary if you want to achieve a greater level of maturity.

In what ways have you matured because of the storms in your life? In what area(s) do you still need to grow?

The story of Queen Esther is one of my favorite stories of thriving after a storm. Xerxes, the king at that time, was humiliated by his wife, who refused to come out and show her beauty to his intoxicated friends. At his friends’ urging, she was dis- missed as queen, lest she influence other wives to be disobedient. However, it was the will of God to get Esther into the position of queen.

At the recommendation of her cousin Mordecai, who raised her, Esther entered the contest to select a new queen. Among all the contestants, Esther found favor with the caretaker of the contestants and was chosen by the king. Months after she became queen, she faced a storm.

Esther received word that Mordecai was reportedly sitting outside the castle in a sackcloth. When Esther inquired what was wrong, he sent her a message saying that Haman, one of the king’s men, had a plan to kill all the Jews and requested that she entreat the king to save them.

All the king’s officials and the people of the royal provinces know that for any man or woman who approaches the king in the inner court without being summoned the king has but one law: that they be put to death unless the king extends the gold scepter to them and spares their lives. But thirty days have passed since I was called to go to the king.

When Esther’s words were reported to Mordecai, he sent back this answer: “Do not think that because you are in the king’s house you alone of all the Jews will escape. For if you remain silent at this time, relief and deliverance for the Jews will arise from another place, but you and your father’s family will perish. And who knows but that you have come to your royal position for such a time as this?”

Then Esther sent this reply to Mordecai: “Go, gather together all the Jews who are in Susa, and fast for me. Do not eat or drink for three days, night or day. I and my attendants will fast as you do. When this is done, I will go to the king, even though it is against the law. And if I perish, I perish.” — Esther 4:11-16

Just in case you are not familiar with the story of Esther (spoiler alert), she does not perish. As a matter of fact, not only are Esther and Mordecai’s people saved, but the king executes justice on Haman, the villain of this story.

Esther is a great example of fighting fear and walking by faith during a stormy situation. Although Esther was a young queen, she was forced to mature and take action quickly. Her people were in danger, and the only way she could help would put her own life at risk. In spite of facing death, she went before the king, made her requests known, and set forth a plan to also eliminate the man who was a threat to her people.

There are storms in our lives that we face as the result of harm done to us by others. This story reminds us that vengeance is action best left to God. He can vindicate us better than we can vindicate ourselves.

Esther’s victory makes me think of a Storm Song that I would like you to find and download on your favorite music platform, “Reckless Love” by Cory Asbury.

My favorite line is, “There’s no lie you won’t tear down coming after me.” At some point in your life, you will face an injustice. Just know that we serve a God who exposes evil and vindicates His righteous children.

Excerpted with permission from Beyond the Storm by Debra B. Morton, copyright Debra Morton.

If you’re in a storm (and who isn’t these days?), two helpful activities to add to your day are prayer/meditation and physical exercise. Even if you don’t feel like it, take time to get with God and talk and listen. And go for a walk! Get out and breathe some fresh air. It’ll help! Come share your thoughts with us on our blog. How have prayer and exercise helped you? ~ Devotionals Daily