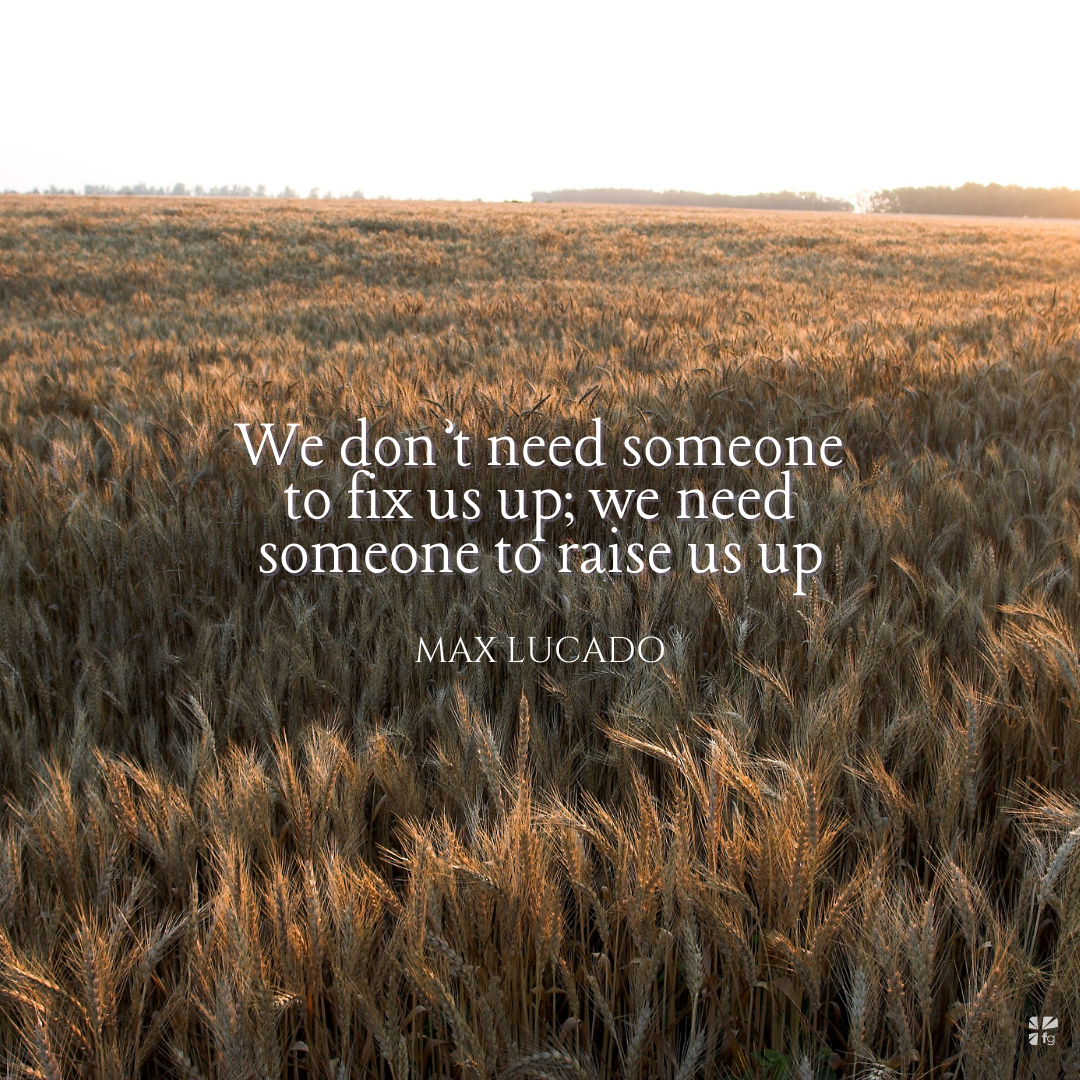 As youngsters, we neighborhood kids would play street football. The minute we got home from school, we’d drop the books and hit the pavement. The kid across the street had a dad with a great arm and a strong addiction to football. As soon as he’d pull in the driveway from work we’d start yelling for him to come and play ball. He couldn’t resist. Out of fairness he’d always ask, “Which team is losing?” Then he would join that team, which often seemed to be mine.

His appearance in the huddle changed the whole ball game. He was confident, strong, and most of all, he had a plan. We’d circle around him, and he’d look at us and say, “Okay boys, here is what we are going to do.” The other side was groaning before we left the huddle. You see, we not only had a new plan, we had a new leader.

Though we were spiritually dead because of the things we did against God, He gave us new life with Christ. — Ephesians 2:5

God’s solution is not to preserve the dead — but to raise the dead.

Therefore, if anyone is in Christ, he is a new creation; the old has gone; the new has come! — 2 Corinthians 5:17 NIV

What Jesus did with Lazarus, He is willing to do with us. Which is good to know, for what Martha said about Lazarus can be said about us,

Martha was speaking for us all. The human race is dead, and there is a bad smell. We have been dead and buried a long time. We don’t need someone to fix us up; we need someone to raise us up. In the muck and mire of what we call life, there is death, and we have been in it so long we’ve grown accustomed to the stink. But Christ hasn’t.

And Christ can’t stand the thought of His kids rotting in the cemetery. So, He comes in and calls us out. We are the corpse, and He is the corpse-caller. We are the dead, and He is the dead-raiser. Our task is not to get up but to admit we are dead. The only ones who remain in the grave are the ones who don’t think they are there.

The stone has been moved. “Lazarus!” He yells. “Larry! Sue! Horatio! Come out!” He calls.

“Andrea! Jenna! I’m here!” I shouted as I ran down the camp road. (I won the race.) I spotted Andrea first. She was under a canopy preparing to practice gymnastics. I called her name again. “Daddy!” she yelled and jumped into my arms.

There was no guarantee she’d respond. Though I had flown a thousand miles, rented a car, and waited an hour, she could have seen me and — Heaven forbid! — ignored me. Some kids are too grown up to run to their parent in front of their friends.

But then there are those who have had enough camp food and mosquito repellent to make them jump for joy at the sight of their father. Such was the case with Andrea.

All of a sudden, Andrea had gone from feeling homesick to feeling happy. Why? Only one difference. Her father had come to take her home.

As a believer in Christ, Jesus is on your team. He is with you and has your back. In the flesh, we are dead, but in Him we will live forever and He will take us to our forever Home with Him! How amazing is that? Come share your thoughts with us on our blog. We would love to hear from you! ~ Devotionals Daily