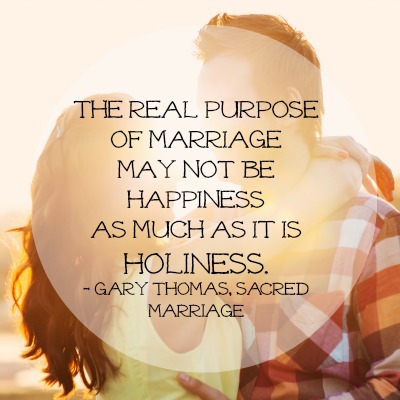 I became a Christian at a very young age. In truth, I can scarcely remember a moment when God was not an active and conscious presence in my life. Because of this, I felt drawn to Jesus early on.

I was drawn to more than Jesus, however. I also remember being drawn to girls. I had a pretty big crush on a dark-haired girl in kindergarten! The first time I actually held hands with a girl was in fifth grade. Tina and I rolled around the skating rink, both of us blushing as the Carpenters’ melodious harmonies described us well: “I’m On Top of the World.” It sure felt like it!

As I grew older, both of these movements – toward Jesus and toward females – sometimes created an uneasy tension. The man I most admired, the one person on whom I wanted to model my life and to whom I wanted to express my commitment, was a single man.

As far back as I can remember, I was fully aware of the long-standing tradition of celibacy – monks and nuns who lived out their dedication to God by pledging to abstain from marriage and sex. Part of me wished I could embrace this; I wanted to be “sold out” for Christ, and in college I struggled with the apostle Paul’s words,

In fact, there is much in Christian history that has unofficially (and at times blatantly) considered married believers to be “second class Christians” who compromised their integrity or who were too weak to contain their sexual urges. Augustine thought he was being charitable when he wrote, referring to the intent to procreate, “Marital intercourse makes something good out of the evil of lust.”

While Scripture is reliable and even infallible, Christian history isn’t, and unfounded prejudices do exist.

There’s no question that the “first pope,” Peter, was married. (Jesus couldn’t very well have healed Peter’s mother-in-law if Peter didn’t have a wife!) But there is also evidence in Scripture (1 Timothy 5:9-12) that during the first century young widows were already taking vows of celibacy. By A.D. 110, celibates could take vows that mirrored marital vows. This became a little more institutionalized so that by the third century, lifelong vows of celibacy were not uncommon. By the fourth century, such vows were commemorated by a full liturgical celebration.

Although Christianity was born out of Judaism, a religion in which marriage was considered a religious duty (one rabbi suggested that a man who does not marry is not fully a man), it wasn’t long until married believers were scarcely an afterthought during centuries of writing on “spiritual theology” (studying how Christian believers grow in their faith, learn to pray, and draw closer to God). Most of the Christian classics were written by monks and nuns for monks and nuns. The married could at best feebly try to simulate a single pursuit of God; the thought of pursuing God through marriage wasn’t really given serious consideration; instead, the emphasis was largely on pursuing God in spite of marriage.

I carried some of this baggage into my own relationship, but early on, my eyes were opened to a different reality. I remember my brother asking me a few questions about what marriage was like. I thought for a moment and said,

If you want to be free to serve Jesus, there’s no question – stay single. Marriage takes a lot of time. But if you want to become more like Jesus, I can’t imagine any better thing to do than to get married. Being married forces you to face some character issues you’d never have to face otherwise.

Jesus, of course, was celibate his entire life, so it’s somewhat ironic to suggest that marriage is the preferred route to becoming more like him. But Jesus did live in a family, and, as Betsy Ricucci points out, that’s all he had done at the time the Father proclaimed,

“What had Jesus done to receive such praise? Nothing but live in His own home, honoring His parents and serving His father’s carpentry business. Apparently that was enough to please God.”

Family life is clearly not a cop-out; and after you’ve been married for a while, you realize that the emphasis on celibacy is slightly overblown. All other things considered, the sexual aspect takes up just a fraction of a married couple’s time. I was the first of my group of friends to get married, and I remember one of them asking me if it was still okay to just “drop in” unannounced.

For a second, I almost had him!

The real transforming work of marriage is the twenty-four-hours-a-day, seven-days-a-week commitment. This is the crucible that grinds and shapes us into the character of Jesus Christ. Instead of getting up at 3:00 A.M. to begin prayer in a monastery, the question becomes, “Who will wake up when the baby’s diaper needs changing?” Marriage calls us to an entirely new and selfless life.

This insight occurred to me some years ago when Lisa and the kids were traveling while I had to stay home and work. For the first time ever, it seemed, I had a free Saturday. For as long as I could remember, I had awakened each weekend and talked over with Lisa what the family would do; I almost didn’t know how to ask the question – what do I want to do? Yet that was the question I had asked myself as a single man virtually every Saturday before I was married.

Any situation that calls me to confront my selfishness has enormous spiritual value, and I slowly began to understand that the real purpose of marriage may not be happiness as much as it is holiness.

Not that God has anything against happiness, or that happiness and holiness are by nature mutually exclusive, but looking at marriage through the lens of holiness began to put it into an entirely new perspective for me.

“But Since There Is So Much Immorality…”

I find it fascinating that just after Paul said, “It is good for a man not to marry,” he follows it up with these words:

But since there is so much immorality, each man should have his own wife, and each woman her own husband. – 1 Corinthians 7:2

I would do violence to the Greek biblical text to suggest that this passage is referring to anything other than sexual relations – the New International Version tidies it up a bit, but even a cursory exegesis reveals that, clearly, sex is intended. Even so, I suggest that we can elaborate the principle to reveal truth beyond sexual relations. Since there is so much immorality within us – not just lust, but selfishness, anger, control-mongering, and even hatred – we should enter into a close relationship with one other person so we can work on those issues in the light of what our marriage relationship will reveal to us about our behavior and our attitudes.

I found there was a tremendous amount of immaturity within me that my marriage directly confronted. The key was that I had to change my view of marriage.

If the purpose of marriage was simply to enjoy an infatuation and make me “happy,” then I’d have to get a “new” marriage every two or three years. But if I really wanted to see God transform me from the inside out, I’d need to concentrate on changing myself rather than on changing my spouse.

In fact, you might even say, the more difficult my spouse proved to be, the more opportunity I’d have to grow. Just as physical exercise needs to be somewhat strenuous, so “relational exercise” may need to be a bit vigorous to truly stress-test the heart.

I didn’t decide to focus on changing myself so that I could have a tension-free marriage or so that I’d be happier or even more content in my marriage. Instead, I adopted the attitude that marriage is one of many life situations that help me to draw my sense of meaning, purpose, and fulfillment from God. Lisa can’t make me happy, not in an ultimate sense. Certainly we have some great times together, and she has been a wonderful wife, exceeding my dreams – but these great times are sprinkled with (and sometimes seem to get buried in) the demands, challenges, and expectations of paying the bills on time, disciplining children, earning a living, and keeping a house clean.

I guess what I’m after is a quieter fulfillment, a deeper sense of meaning, a fuller understanding of the purpose behind this intense, one-on-one, lifelong relationship. As a man who believes his primary meaning comes from his relationship with God, I want to explore how marriage can draw me closer to God.

There’s another reason to stress this: Marriage, for all of us, is temporary in the light of eternity. The truth is, my and Lisa’s relationship with God will outlive our marriage. Most likely the time will come when either Lisa or I precede the other into eternity. The remaining spouse will be left alone, no longer married – perhaps even eventually remarried to someone else.

For the Christian, marriage is a penultimate rather than an ultimate reality. Because of this, both of us can find even more meaning by pursuing God together and by recognizing that He is the One who alone can fill the spiritual ache in our souls.

We can work at making our home life more pleasant and peaceable; we can explore ways to keep sex fresh and fun; we can make superficial changes that will preserve at least the appearance of respect and politeness. But what both of us crave more than anything else is to be intimately close to the God who made us. If that relationship is right, we won’t make such severe demands on our marriage, asking each other, expecting each other, to compensate for spiritual emptiness.

Unfortunately, as a fallible human being I can’t possibly appreciate Lisa the way God appreciates her. I can’t even begin to understand her the way she longs to be understood. I’d get bored with myself if I was married to me, so it only makes sense that Lisa might occasionally be bored – or at least grow weary – of living with me.

But God delights in both of us. God appreciates our quirks and understands our hearts’ good intentions even when they might be masked by incredibly stupid behavior.

One thing is sure: Lisa can’t look to me to be God for her. And even when I try to love her like only God can love her, I fail every time and on every count. I give it my best, but I fall short every day.

You can’t be married for very long without facing your fundamental selfishness. So, what if the purpose of your marriage was more about your personal holiness, your sanctification, than your happiness? Have you thought about that before? Slow down today and pray about the areas of current conflict within your marriage. In what areas of your heart is the Lord calling you to greater holiness? Come join the conversation on our blog! We would love to hear your thoughts about building a sacred marriage! ~ Devotionals Daily 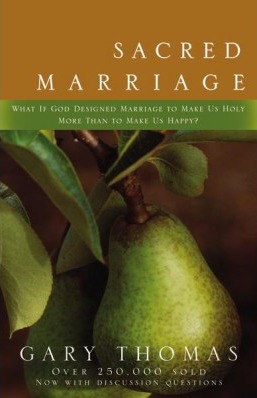