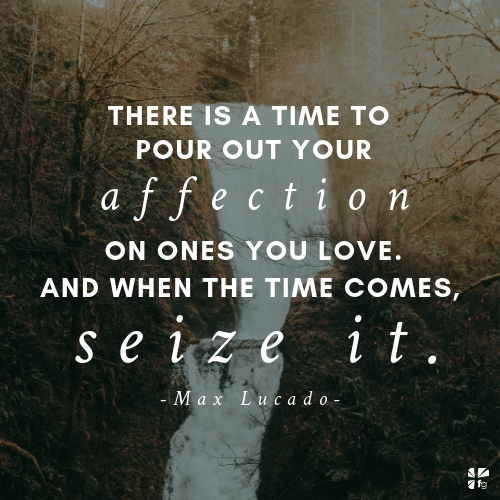 Then Mary took a pound of very costly oil of spikenard, anointed the feet of Jesus, and wiped His feet with her hair. And the house was filled with the fragrance of the oil. — John 12:3

She was the only one who believed Him. Whenever He spoke of His death, the others shrugged or doubted, but Mary believed. Mary believed because He spoke with a firmness she’d heard before.

“Lazarus, come out!” he’d demanded, and her brother came out. After four days in a stone-sealed grave, he walked out.

And as Mary kissed the now-warm hands of her just-dead brother, she turned and looked. Tear streaks were dry and the teeth shone from beneath the beard. Jesus was smiling.

And in her heart she knew she would never doubt His words.

So when He spoke of His death, she believed. “Now is the right time,” she told herself. It wasn’t an act of impulse. She’d carried the large vial of perfume from her house to Simon’s. It wasn’t a spontaneous gesture. But it was an extravagant one. The perfume was worth a year’s wages. Maybe the only thing of value she had. It wasn’t a logical thing to do, but since when has love been led by logic?

And now someone needed to show the same to the giver of such love.

So Mary did. She stepped up behind Him and stood with the jar in her hand. She began to pour. Over His head. Over His shoulders. Down His back. She would have poured herself out for Him, if she could.

The fragrance of the sweet ointment rushed through the room.

“Wherever you go,” the gesture spoke, “breathe the aroma and remember one who cares.”

The other disciples mocked her extravagance, but don’t miss Jesus’ prompt defense of Mary. “Why are you troubling this woman? She did an excellent thing for me.”

Jesus’ message is just as powerful as it was then: There is a time for risky love. There is a time to pour out your affections on one you love. And when the time comes — seize it, don’t miss it.

~ And the Angels Were Silent

My Lord and Savior, I would love to express my love for You in the extravagant way that Mary did. Help me to pour out my life in worship to You and service to others as a sweet fragrance that brings glory to Your most excellent name, Jesus, amen.

Imagine being able to give Jesus that kind of lavish gift. What would you pour out for Him? What would you be willing to risk the mockery of others in order to display your love for Jesus? Come share with us on our blog. We want to hear from you! ~ Devotionals Daily