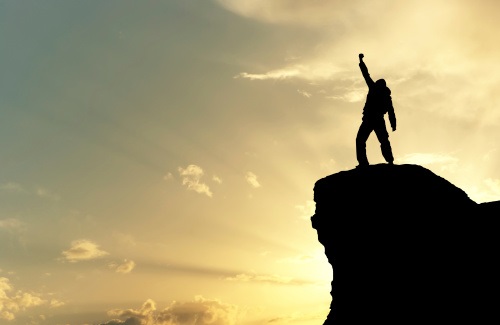 If we judged success by worldly standards, some might be inclined to assess Paul’s leadership career as an abject failure and a bitter disappointment. In the closing days of his life, when Paul wrote 2 Timothy, Luke was virtually his only contact with the outside world (2 Timothy 4:11). Paul was confined in a Roman dungeon, dreading the savage cold of coming winter (2 Timothy 4-13, 21), and without any hope of deliverance from the death sentence that had been imposed on him. He suffered because of the sadistic contempt of his enemies. He was even abandoned or disavowed by some of his closest friends. He wrote, “This you know, that all those in Asia have turned away from me” (2 Timothy 1:15).

“Asia” refers to Asia Minor, where Paul had focused his missionary work. Ephesus, where Timothy pastored, was the capital of that region. So Paul wasn’t telling Timothy anything Timothy didn’t already know firsthand. In that time of fierce persecution, association with Paul had become so costly that all but a few of the apostle’s own spiritual children had in effect disowned and abandoned him.

That’s why people who see things superficially might think the end of Paul’s life was tragic. At first glance, it might even seem as if his enemies had finally defeated him.

A failure? Actually, the apostle Paul was not a failure as a leader by any measure. His influence continues worldwide even today. By contrast, Nero, the corrupt but powerful Roman emperor who ordered Paul’s death, is one of history’s most despised figures. This is yet another reminder that influence is the true test of a person’s leadership, not power or position per se.

In fact, a careful look at how Paul’s life and ministry came to an end can teach us a lot about how to gauge the success or failure of a leader.

Paul’s first long imprisonment and trial before Nero apparently ended in the apostle’s release sometime before AD 64, because he wrote the epistles of 1 Timothy and Titus as a free man (1 Timothy 3:14–15; 4:13; Titus 3:12). But that liberty was short-lived. In July of the year 64, seven of Rome’s fourteen districts burned. When the original fire was nearly extinguished, another fire, fanned by fierce winds, broke out in another district. Rumors circulated that Nero himself had ordered the burning of the city in order to make room for some ambitious building projects, including a golden palace for himself.

Trying desperately to deflect suspicion, Nero blamed Christians for starting the fires. That began the first of several major, aggressive campaigns by the Roman government to destroy the church. Christians in Rome were rounded up and executed in unspeakably cruel ways. Some were sewn into animal skins and ripped to death by dogs. Others were impaled on stakes, covered with pitch, and burned as human torches to light Nero’s garden parties. Many were beheaded, fed to lions, or otherwise disposed of at Nero’s command in equally ruthless ways.

During that persecution, Paul was again taken prisoner by the Roman authorities, brought to Rome, subjected to persecution and torment (2 Timothy 4:17), and finally executed as a traitor because of his relentless devotion to the lordship of Christ.

Throughout his first imprisonment at Rome, Paul had been kept under house arrest (Acts 28:16, 30). He was allowed freedom to preach and teach those who visited him (v. 23). He was under the constant guard of a Roman soldier but was treated with respect. The influence of his ministry had therefore reached right into the household of Caesar (Philippians 4:22).

Paul’s second imprisonment, however, was markedly different. He was virtually cut off from all outside contact and kept chained in a dungeon (2 Timothy 1:16). He was probably held underground in the Mamertine Prison, adjacent to the Roman forum, in a small, dark, bare stone dungeon whose only entrance was a hole in the ceiling scarcely large enough for one person to pass through. The dungeon itself is not large; about half the size of a small one-car garage. Yet it was sometimes used to hold as many as forty prisoners. The discomfort, the dark, the stench, and the misery were almost unbearable.

That dungeon still exists, and I have been in it. The stifling, claustrophobic confines of that dark hole are eerie and depressing even today. It was there (or in a dungeon just like it) that Paul spent the final days of his life.

There is no reliable record of Paul’s execution, but he obviously knew the end of his life was imminent when he wrote his second epistle to Timothy. Evidently he had already been tried, convicted, and condemned for preaching Christ, and perhaps the day of his execution was already scheduled. He wrote to Timothy, “I am already being poured out as a drink offering, and the time of my departure is at hand” (2 Timothy 4:6).

Naturally, there are notes of profound sadness in Paul’s final epistle. But its dominant theme is triumph, not defeat. Paul wrote that last letter to Timothy to encourage the young pastor to be bold and courageous and to continue following the example he had learned from his apostolic mentor. Far from writing a concession of failure, Paul sounds a clarion note of victory: “I have fought the good fight, I have finished the race, I have kept the faith. Finally, there is laid up for me the crown of righteousness, which the Lord, the righteous Judge, will give to me on that Day, and not to me only but also to all who have loved His appearing” (2 Timothy 4:7–8).

Facing his own imminent martyrdom, Paul had no fear, no despondency, and no desire to stay in this world. He longed to be with Christ and eagerly anticipated the reward He would receive in the next world.

Therefore, as he reviewed the course of his life, he expressed no regret, no sense of unfulfillment, and no feeling of incompleteness. There was not the smallest duty left undone. He had finished the work the Lord gave him to do, just as in Acts 20:24 he had hoped and prayed he would do: “so that I may finish my race with joy.”

Paul measured his own success as a leader, as an apostle, and as a Christian by a single criterion:

Therefore, Paul faced his own death with a triumphant spirit and with a deep sense of joy. He had seen the grace of God accomplish all that God designed in him and through him, and now he was ready to meet Christ face-to-face.

In the closing section of 2 Timothy, as Paul finished the last chapter of his final epistle—as he wrote what would literally stand as the concluding paragraph of his life—what filled the heart and mind of this great leader were the people he ministered to and worked alongside. He spoke of several individuals who had been part of his life. They were the most visible and immediate legacy of his leadership. Although he was left virtually friendless in prison, although he had been forsaken at his defense before a Roman tribunal, he was clearly not alone in life.

In fact, the true character of Paul’s leadership is seen in this brief list of people he had poured his life into. They personified the team he built, the treachery he endured, the trials he suffered, and the triumph he ultimately obtained. This catalog of individuals is therefore instructive in assessing why Paul’s leadership was not a failure. This is why his influence continues to be an example to millions of Christians even today.

How have you measured success in the past? Do you measure it in the individuals to whom your life has made an impact? 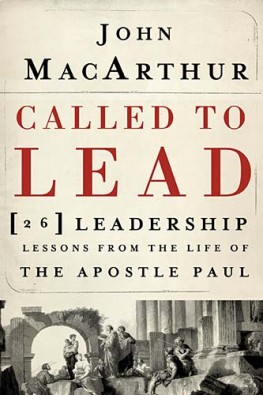