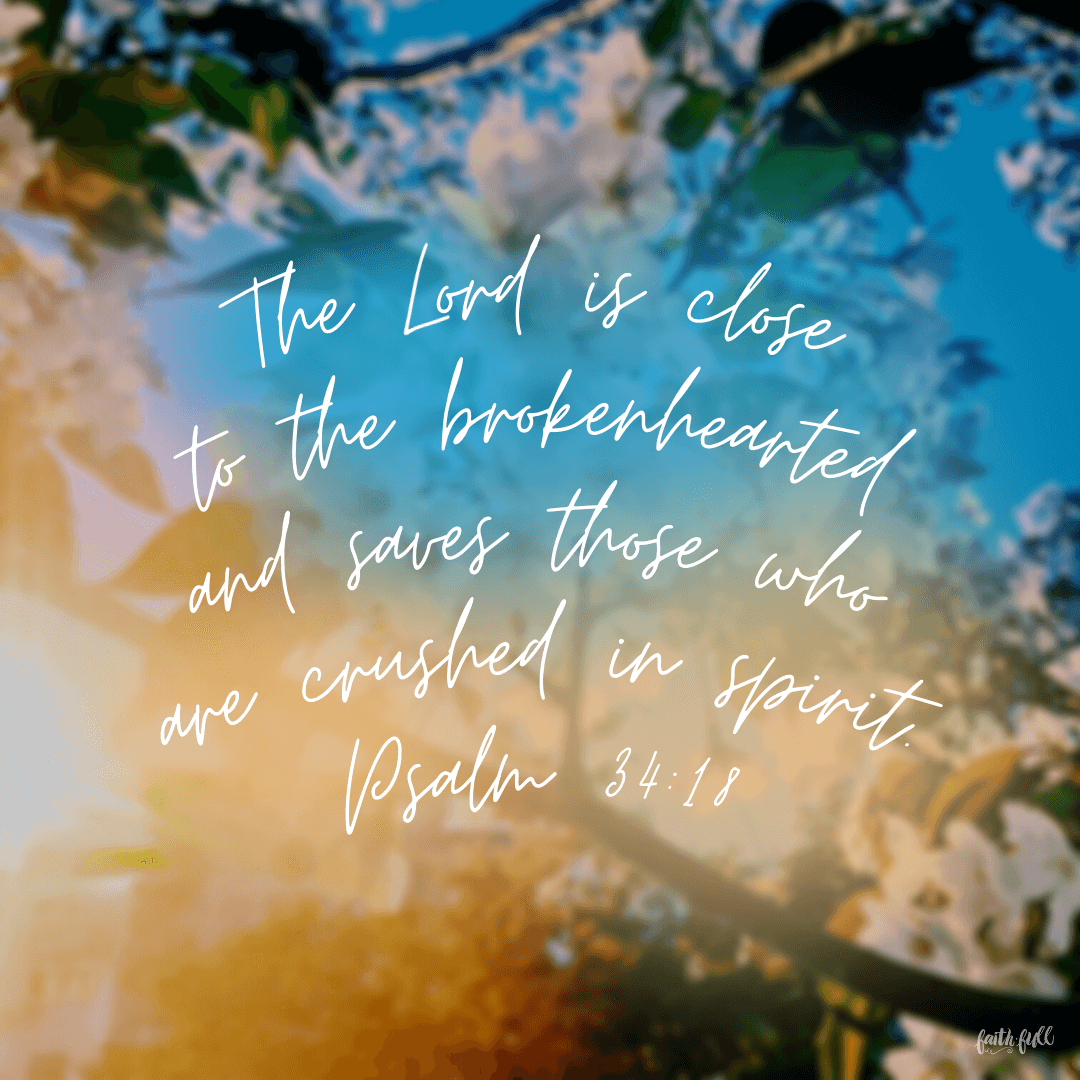 We all have a lot of work to do. Most medical professionals agree that we are less than a generation away from turning the corner on cancer. But when it comes to mental health, the car is still parked in the garage. It’s a well-accepted embarrassment that twenty years have passed since psychiatry’s last major breakthrough treatment for depression. More than fifty years have come and gone since schizophrenia received a meaningful treatment update. Thomas Insel, the former director of the National Institute of Mental Health, summed it up perfectly when he said, “Whatever we’ve been doing for five decades, it ain’t working… When I look at the numbers — the number of suicides, the number of disabilities, the mortality data — it’s abysmal, and it’s not getting any better. Maybe we just need to rethink this whole approach.”1

I wish I could say the church has picked up the slack for medicine, but it hasn’t.

While it’s not the church’s job to cure mental illness, the church should be a major player in any conversation about caring for those who suffer in their minds. But we haven’t been.

In fact, in many cases, Christians have been some of the worst offenders when it comes to attaching stigma to mental illness, often attributing it to a spiritual failing, unconfessed sin, flimsy faith, or plain old lack of religious devotion. All of which must absolutely break the heart of Jesus who made it explicitly clear He came not for those who were doing great in life but for those who were sick (Mark 2:17). Jesus embodied the reality that God is always

close to the brokenhearted and saves those who are crushed in spirit. — Psalm 34:18

And yet when mental illness strikes, it’s often the companionship of other Christians we lose first. Given Jesus’ propensity to eat and drink with lepers, menstruating women, the paralyzed, the blind — folks the religious people avoided — one might assume the church would wholeheartedly champion the needs of the mentally ill. Instead, only those whose illnesses manifest in traditionally “bodily” forms have been given priority of care.

Break your leg in a snow skiing accident? A church staffer will call you. You might even get a card in the mail. Get diagnosed with breast cancer? The prayer warriors will rally around you and your family. A meal train will get rolling toward your house before you even have a chance to tidy up. Need open heart surgery? Your small group is coming to the hospital. And maybe your pastor too.

But what happens when your wife can’t get out of bed to dress your children for school and is eventually diagnosed with major depressive disorder? What about when your twenty-two-year-old son goes missing after a night of smoking weed and is discovered by the police the next day rambling incoherently in a grocery store parking lot and a few weeks later gets diagnosed with schizophrenia?

What does the church do when you’re forced to resign your duties as a deacon because you need twenty-eight days to dry out in rehab? I can tell you what usually happens in these situations. I can tell you what I have seen. The church gets quiet. Like college-library-on-a-Saturday-night quiet. And

this silence is not only deafening; it is also spiritually crushing. Because when the church falls down on the job, it feels like God has fallen down on the job — at the worst possible time. Which is something God is really not supposed to do.

Matthew Stanford is a neuroscientist who has studied the relationship between the church and mental illness for decades. Stanford’s research has found that local churches in the United States dismiss mental illness at alarmingly high levels. In one study, Stanford polled eighty-five Christians who had been diagnosed with having a mental disorder. More than 40 percent of them reported that someone in their church had suggested they didn’t actually have a mental illness.2

Can you think of any other form of illness where Christians tell other Christians their doctors don’t know what they’re talking about? Imagine how foolish a pastor would sound calling you at the hospital to explain your child doesn’t actually have cancer. It’s ridiculous and would never happen. But when it comes to mental illness, it does happen.

I manage a Facebook page called Christians and Mental Health. On it I posed the same question Stanford did in his study. I wanted to know if anyone following the page had been diagnosed with a mental disorder by a mental health professional only to be subsequently told by someone in a faith community that the diagnosis wasn’t real.3 The responses flooded my inbox. Below is a sampling of what came back within just a few minutes of posting:

A simple question posed to roughly six thousand people. Imagine what we might hear if we keep on asking these kinds of questions? How many other untold stories are out there?

Before I get too preachy about the church dropping the ball and whatnot, I want to acknowledge how tough it is for the church to actually wrap its arms around the mental health of Christians.

A trip to the hospital for a broken leg on a ski trip will probably get broadcast on Facebook because nobody feels shamed by this kind of injury. A photo of you laid up in a hospital bed with a cast wrapped around your swollen leg is likely to garner loads of likes and sympathetic comments. Putting it out there in real time will actually improve your situation as your brain gets dumped with dopamine at all the notifications piling up on your phone. Instead of feeling the pain of your misfortune, you’ll be distracted by your instant popularity and its intoxicating effects. Plus, your church will know what happened to you and be able to respond accordingly.

Nobody, however, is photographing themselves lying in their bed at home while experiencing an overwhelming sense of dread at the mere prospect of getting up to take a shower. It’s just not happening. And parents, for good reason, are not voluntarily broadcasting the ongoing treatment their newly diagnosed children are receiving for schizophrenia.

All this to say, I understand that the church, in many cases, cannot be expected to respond to situations involving mental illness with the same level of intimate care it so often displays with other types of illnesses and injuries. These aren’t perfectly analogous situations.

With mental illness there is a lot of secrecy, which can make the task of communal care very, very hard.

But we can do better. We must do better because folks are dying. And not just a few.

Myth: Mental illness isn’t real because it’s not mentioned in the Bible.

False. The Bible is an ancient text written for an ancient audience. Consequently, while divinely inspired, its authors only had access to language that was available to them at the time. Given this reality, of course it doesn’t specifically mention mental health or mental illness. Just like it doesn’t mention Saturn, neurons, or the concept of drag and lift. It’s not that these things didn’t exist, only that folks were not aware of them in the way that we now are. Nevertheless,

the Bible absolutely includes the reality of mental illness in the description of many of its characters.

Do you know what Moses and Job had in common? Both men begged God to kill them (Numbers 11:14-15 and Job 3). Even Jesus Himself appeared to have had some version of a panic attack in the garden of Gethsemane on the night before His death.

My soul is overwhelmed with sorrow to the point of death. — Matthew 26:38

Those are some gnarly feelings.

Let’s also not forget the Bible records about half a dozen suicides.4

The strongest argument, however, for the inclusion of mental illness in the Bible is the in-depth treatment of the human psyche offered up in the Psalms. As Steve Bloem said:

The Psalms treat depression more realistically than many of today’s popular books on Christianity and psychology. David and other psalmists often found themselves deeply depressed for various reasons. They did not, however, apologize for what they were feeling, nor did they confess it as sin. It was a legitimate part of their relationship with God. They interacted with Him through the context of their depression.5

Yes they did. And if the psalmists were free to do it, that means you and I are too.

Maybe you’ve known some gnarly feelings, too. I have. In the church in the past it has been taboo to talk about difficult things like depression and anxiety. That has got to change! We’re the hands and feet of Jesus. Let’s be Him for those who need His arms around them! ~ Laurie McClure, Faith.Full