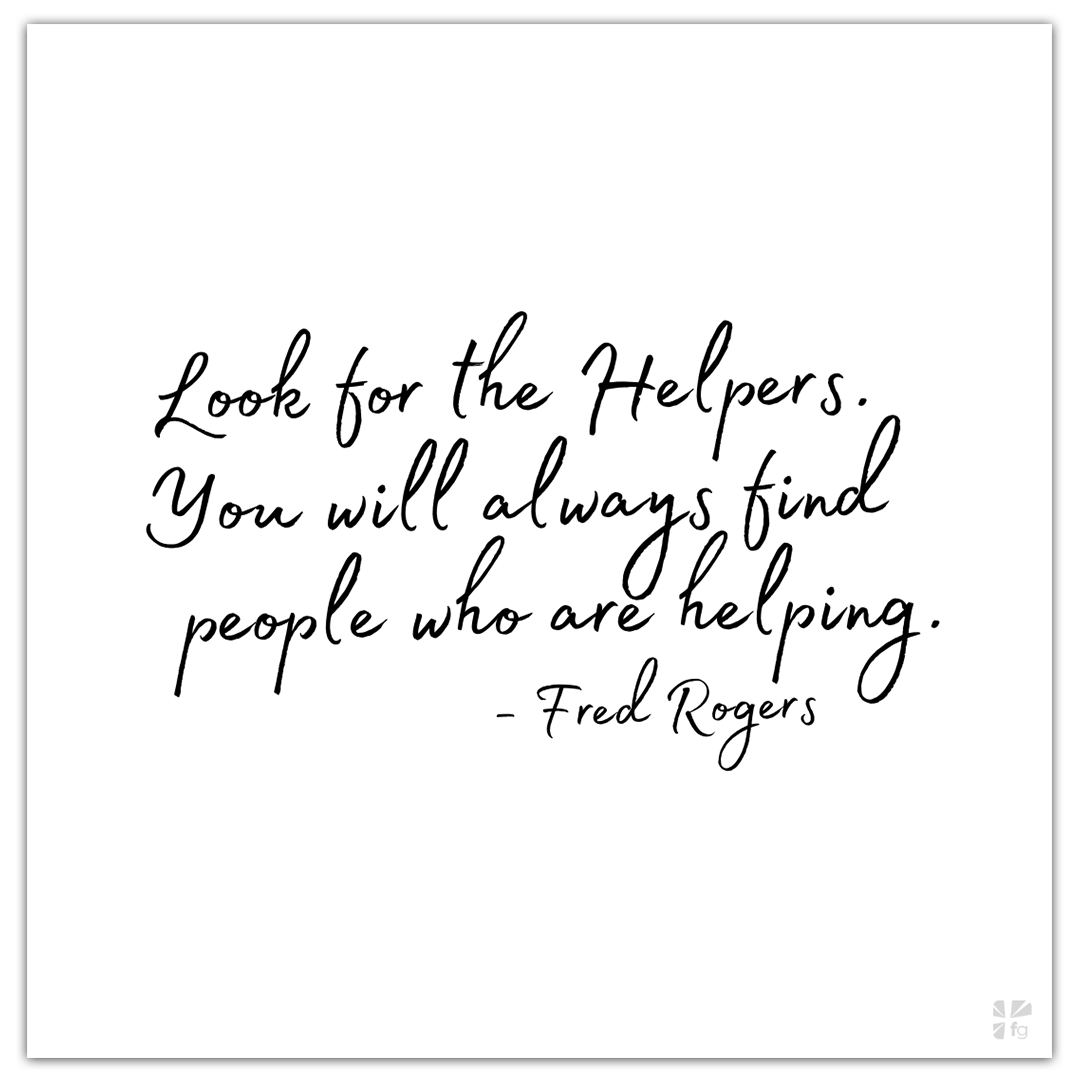 Editor’s Note: What can we learn from Mister Fred Rogers about kindness, loving your neighbor, and learning to talk about our feelings during difficult times? Tom Hanks portrays the children’s television icon in the major motion picture, A Beautiful Day in the Neighborhood, out now on digital platforms, DVD, and Blue-ray. What many people did not know is that Fred was an ordained minster. Today we hope you are uplifted and inspired by this excerpt from

If you haven’t seen the trailer yet, grab the tissues…

For Fred Rogers, the practical outworking of loving our neighbor—using not only our heart and eyes but our hands—is what defined a hero:

“To see people who will notice a need in the world and do something about it, and rather than view it with despair they view it with hope—that to me is such an enormous gift in this life. Those are my heroes. You know, there are so many people who say, ‘It’s not my kid, it’s not my school, it’s not my community’—you know, ‘forget it.’ But there are some others who say, ‘It is my kid, it is my school . . .’”

Fred’s mother had always called these people “the helpers.”

When he was a boy and he was frightened by some news he had heard, his mother would say, “Look for the helpers. You will always find people who are helping.”

Fred did look for the helpers, those who notice a need in the world and do something about it, and they became his heroes, modeling the lesson Jesus taught His disciples, as recorded in Matthew 25:35–45.

Helpers are people like Dr. Orr, who not only taught theology but also lived it. Fred remembered one day when Dr. Orr went out to lunch on a winter afternoon and came back without his overcoat. Fred asked him about his errant coat, and Dr. Orr simply replied that he had another one at home. He never let on that he had given it to someone who didn’t have one.

“I needed clothes and you clothed me.”

Another helper was Henri Nouwen, the prolific writer who taught at Harvard but resigned to become pastor to the disabled members of the L’Arche community in Toronto. Among Henri’s daily responsibilities was the bathing, shaving, dressing, and feeding of a severely disabled man named Adam. In the end, Henri noted, it was Adam who taught him. This is why Fred called Henri “one of my revered people in this life; he’s a hero.”

“I was sick and you looked after me.”

Helper William Wasson started a ministry for “Our Little Brothers and Sisters” in Mexico. Fred told me why he considered Father Wasson his hero: “He went to Mexico forty years ago to die. He was very ill. Obviously he didn’t die. He was in a little parish there, and there were two kids who  were stealing from the church’s poor box, and those kids were taken to jail. And Bill Wasson went to the jail and said, ‘Do you think I could take care of those kids at home?’ and they said, ‘Sure,’ you know, ‘gladly.’ So he took them home, and two days later the people at the jail called and said, ‘We’ve got two more,’ and he said, ‘Send them over.’ Well, in a matter of a month he had about seventeen kids, and he had to move to bigger quarters, and he’s adopted them all, legally adopted all these kids.

“In the last twenty-five years he has adopted about six thousand children. They have their own schools, and many of them now are second generation, and they have come back to help work with the new pequeños who are coming. They have places in Haiti; I went to visit a place in Haiti that they have for babies with AIDS.” Father Wasson went to Mexico to die but instead discovered a reason to live.

“I was a stranger and you invited me in.”

Fred was a helper too. He didn’t view the television set as a protective buffer between himself and his audience, like the raised pulpit of old that elevated the preacher above the common fray. He wasn’t afraid to get his hands dirty. He once told me he went into a maximum-security prison in Pittsburgh and taught a college course in child development. “I’m still in touch with a couple of the students (one was released, one was not),” he wrote in a letter. I noticed that he used the word “students” and not “inmates.” He was their teacher, but in return he learned from them and forged enduring friendships.

“I was in prison and you came to visit me.”

Jesus replied, “I tell you the truth, whatever you did for one of the least of these brothers of mine, you did for me” (see Matthew 25:35-40).

Watch the Trailer: Beautiful Day in the Neighborhood

Mister Rogers helped raise generations of young people to know that they were loved and that he always wanted as a neighbor “just like you.” He lived out his faith with the kindness and warmth of Jesus so that just listening to his theme song can bring a tear to the eye. We want to leave a legacy of love, prayer, and faith in Jesus. Let’s start today! Come share your thoughts with us on our blog.~ Devotionals Daily