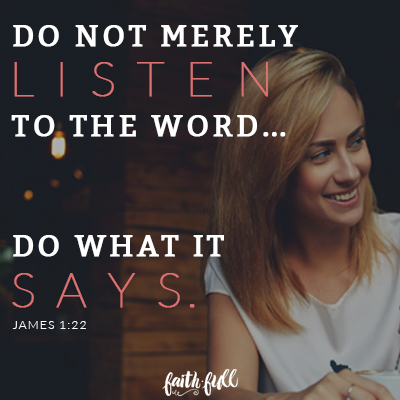 If this is going to be a Christian nation that doesn’t help the poor, either we have to pretend that Jesus was just as selfish as we are, or we’ve got to acknowledge that He commanded us to love the poor and serve the needy without condition— and then admit that we just don’t want to do it. — Stephen Colbert 1

The cry of a baby always gets my attention. But the cry of my own baby is paralyzing.

I know God wired Mom Brains this way for a reason. We are supposed to care.

We are supposed to want to respond to the cries of our own children, to want to help, to want to fix whatever is wrong. It’s what makes us good moms. Which is why this game called Cry It Out that we have played with Baby more than once to teach her to fall asleep and stay asleep just might be the death of me.

It had been a rough seven on-and-off months of attempting this method. Our traveling lifestyle didn’t help. Getting sick didn’t help. Teething definitely didn’t help. And of course, Husband and I making excuses for why we should go in and pick her up, soothe her, or nurse her back to sleep didn’t help either. It seemed like there was always something to keep her from learning this life-altering skill.

I already had low expectations for a long time about Baby’s sleep habits, but an entire year of inconsistent sleep brought us all to a whole new level of fatigue, and I was SO. OVER. IT. So over not sleeping more than three hours in a row, so over getting up when it was dark and cold to change her diaper, or to give her medicine, or to nurse her. And I was definitely over the terror that is cutting molars.

I was not fully functioning during the day. I was edgy. I was pretty sure I was getting uglier too. I know parents have mixed feelings about Cry It Out, but I couldn’t even. I needed sleep. We all needed sleep.

And here I was again: Baby was fighting her much-needed nap as if her crib were a torture chamber on death row, not a wooden frame filled with a comfortable mattress, soft blankets, and an adorable stuffed elephant. And I was unable to focus on anything else, even though I should really have done something to pass the time. But I couldn’t relax, couldn’t take a deep breath, couldn’t get anything done until the crying was done.

I listened to the cries from down the hall. I cringed as the cries got louder or when they got a fresh breath of oxygen. It was as if each shriek were a jab to my own gut. And the moment the crying stopped, it was like being released from the bondage of tears and pain and suffering that both my child and I were going through together, in separate rooms. Released from the urge to jump up and run into the room to save the day, because I knew she needed to learn.

Whoever shuts their ears to the cry of the poor will also cry out and not be answered. — Proverbs 21:13

I had been praying this prayer for only a week and a half:

Lord, open my eyes to see the world as You see it.

If only the cries of this world would be as paralyzing to me as my own baby’s cries.

If only the cries of the poor, the widow, and the fatherless would get my attention and hold me hostage just as strongly. If only I wouldn’t feel rested or comfortable or at peace until the world’s problems of injustice and greed and selfishness were resolved. If only my senses would be heightened to those directly around me, to my neighbor, to that person I cross paths with often but am too busy to notice. If only I would rewire myself to be a Mom Brain to the world.

I feel so alone.

Even though I walk through the darkest valley, I will fear no evil, for You are with me; Your rod and your staff, they comfort me. — Psalm 23:4

I feel so drained.

I feel so unloved.

See what great love the Father has lavished on us, that we should be called children of God! And that is what we are! — 1 John 3:1

And I also know Christ asks His people to embody that hope to the world around us. To be the kind of love people need now just as much as ever. To respond as Christ’s “I love you” when they cry out in their pain and suffering.

My upbringing was filled with an insane amount of biblical knowledge and Christian doctrine. (Shout out to all the great adults in my life.) But being an active follower of Christ, a disciple who daily takes up her cross and sacrifices her life for the sake of the gospel, means more than knowing Scripture.

Do not merely listen to the word, and so deceive yourselves. Do what it says. — James 1:22

How cool would that be, if I did Scripture as much as I studied it? If I took the whole Christ’s-ambassador thing as a God-given assignment rather than a suggestion? Not just on my T-shirts and bumper stickers, but with the actual message of the gospel, with the actual actions of profound love and grace that flourish through the gospel. What if I stressed my inability to ignore the world’s cries as much as I stressed my inability to ignore Baby’s cries?

Because here I am again, watching, reading, and hearing words like

And I am unable to focus on anything else, even though the world tells me I should just relax and find something comfortable to do to pass the time, to drown out the cries of the poor and the oppressed. But I can’t relax, can’t take a deep breath, can’t get anything done until the crying is done.

I listen to the cries from my white-picket-fence life. I cringe as the cries get louder or when they get a fresh breath of oxygen. It’s as if each shriek is a jab to my own gut. I won’t be released from the bondage of tears and pain and suffering that the poor and the oppressed are crying until they are given food for their bellies, justice for their oppression.

I can’t ignore the world’s cries, not when Christ taught us to pray,

Your kingdom come, Your will be done, on earth as it is in Heaven.

And I don’t want to ignore them either; I don’t want to live comfortably separate. I want my eyes to be opened, to weep and mourn for the devastation around me. I want to enter in and learn true empathy and compassion, to do everything Christ and His ever-miraculous gospel equips us for. It won’t be easy or as beautiful as it is to profess; the blood and guts of entering in aren’t so glamorous. I bet there will even be days I feel a whole new level of fatigue, days I am SO. OVER. IT.

But what is holding me back? What is desensitizing me to the world’s cries? What is making me immune to the shock and desperation and urgency their cries should place on my heart? What lets me listen to a news story about starvation or human trafficking or inner-city shootings and then go back to sipping my hot cocoa like nothing’s happening beyond my own little world?

Religion that God our Father accepts as pure and faultless is this: to look after orphans and widows in their distress and to keep oneself from being polluted by the world. — James 1:27

I need to continue to pray for my eyes and ears to be opened, that I will be so tuned in to what God sees that I won’t be able to ignore the cries of the world, the poor, the oppressed. I want to be as paralyzed by the cries of God’s other sons and daughters living in suffering as I am by the cries of the daughter He entrusted to me.

I need to realize these cries are God gently whispering into my soul to be Christ’s channel of love and peace until it is made right, until the victim is shown justice, the poor are shown mercy, the lonely are shown friendship, the unsaved are shown Christ.

I need to pray to be a fixated, anguished Mom Brain to the world.

To Take This Deeper

• Reflect: What is desensitizing you to the world’s cries? What is making you immune to the shock and desperation and urgency their cries should place on your heart?

• Take Action: Pray for God to open your eyes to those around you: the poor, the lonely, and the unsaved. Pray to be His beacon of light and hope to them.

• Read: Read James 2:14-26. Take these convincing words to heart. Faith in Christ will produce fruit in your life.

It’s easy to care about our nearest and dearest, isn’t it? It can be so much more difficult to care deeply, profoundly about the hurt, lost, lonely, mistreated, poor, oppressed, and outcast the world over. But, this is Jesus’ call to us — the we would care, and that that care would pour out into action. Come share your thoughts with us on our blog. We would love to hear how you are being a beacon of light and hope to the unsaved around you! ~ Laurie McClure, Faith.Full 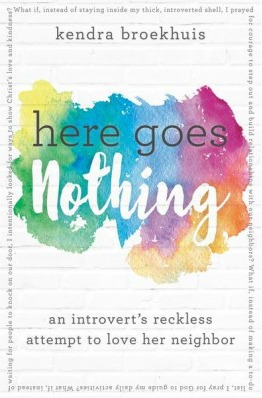