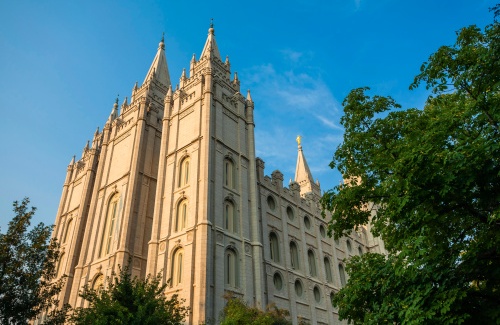 As a Mormon, when I had a big problem, a member of the godhead might bother to attend to me. The handful of times when I had sensed the presence of one of them or received answers to prayer corroborated my Mormon belief system, which maintained that Heavenly Father, Christ, and the Holy Ghost were basically unavailable and unconcerned with me personally. It was my job to earn my way to righteousness by following the laws and ordinances of the Mormon gospel. The gods were too busy to address my needs.

In Mormonism, the three members of the godhead are separate gods. The Christ I knew was an exalted man who worked his way to become a god. Some even believed he had once been a sinner. He had a body of flesh and bones and could be in only one place at one time. His blood alone did not wash away all sins. I related to this Christ because he was like me, and I thought of him as a kindly brother. Michael and I, as a temple-attending couple, were on the same path to godhood that this Christ had taken (well, I would be a queen or a priestess to my husband in his role as god); this Mormon Christ was just farther ahead.

The Heavenly Father of Mormonism also had a body of flesh and bones. He could not be in more than one place at a time either. He lived near the star Kolob. I thought of him as a merciless judge.

The Holy Ghost of Mormonism could be in only one place at one time as well. I received the gift of the Holy Ghost after Mormon baptism by the laying on of hands, and the Holy Ghost’s influence remained with me (shining down like the sun), but only until I sinned. If I did anything wrong, his influence left me, and I would experience trials until I repented. We took the sacrament every Sunday to have the sin janitor — the Mormon priesthood, who represented Jesus — sweep away these sins so the Holy Ghost’s influence could again shine down and we could be delivered from our sin-induced suffering.

In the pages of the Bible, however, I found a different God. This was a much bigger God whose words challenged my Mormon godhead. “Biggie-size your God!” as Pastor Shaw later told us. And that’s just what happened.

As I learned, this new, big, Christian God discerns one’s heart, honors meekness, creates universes out of nothing, performs miracles for individuals, loves me like a spouse, and remains God from eternity to eternity. He doesn’t change. He hasn’t worked his way to godhood. He knows everything. He has power over everything. He is everywhere at once. He is always working on our behalf. He answers prayer all day, every day, and every night, and he never sleeps. Therefore he has the love, the desire, the time, the knowledge, and the capacity to be personal.

His love is wide and long and high and deep. As I began to get to know this God, I couldn’t get enough.

This bigger God has a message that conflicts with Mormonism. As I read the New International Version (and checked with the King James Version used by Mormons), I came upon blatant contradictions between teachings in the Bible and Mormon Church doctrine. Even though I’d taught the Bible in Mormon seminary, I had never paid attention to these contradictions.

Each night after Mike and I sat in bed reading the Bible and discussing what we had read, I drifted to sleep thinking about the words. Then I woke up the next day with fresh insights. We were testing the forbidden waters of biblical Christianity. In Mormonism, this was heresy.

We had been taught that we could read the Bible, but since the Bible was corrupt, we could not interpret it in any way that opposed Mormon doctrine.

One obvious contradiction between the words of the biblical God and those of the Mormon Lord had to do with the subject of trials, a topic of interest to me at the time. In James 1:2-4, I read, “Consider it pure joy, my brothers and sisters, whenever you face trials of many kinds, because you know that the testing of your faith produces perseverance. Let perseverance finish its work so that you may be mature and complete, not lacking anything.” In 2 Corinthians 12:10, I read, “For Christ’s sake, I delight in weaknesses, in insults, in hardships, in persecutions, in difficulties. For when I am weak, then I am strong.” Consider it joy when you face trials. Delight in hardships. The message was crystal clear. Trials were not necessarily a punishment. They had a purpose.

But as a Mormon, I worked hard to make myself righteous so I could avoid trials. Trials were fodder for the weak and sin-ridden, which may be why our Mormon neighbors seemed so callous during Micah’s terrible illness. They, like I, believed that the best were blessed.

The Bible, however, was saying the opposite. Believers in the biblical Jesus can expect to experience trials, hardship, persecutions, and difficulties. And they are to be grateful for them.

Trials test faith, produce perseverance, refine, teach, and mature. One trial, our distance from Micah, was beating me to a pulp. Something good could come from that? 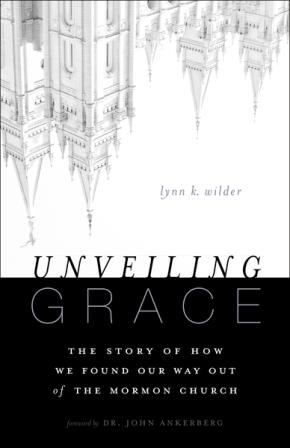