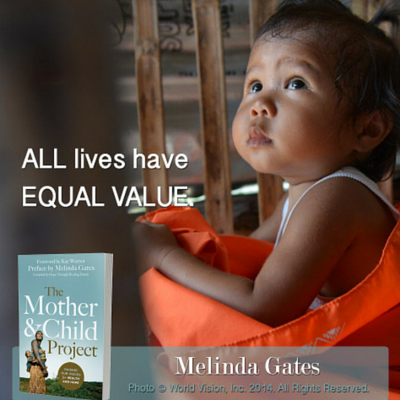 Editors Note: This excerpt from The Mother and Child Project is by Dan Haseltine, lead singer of the band Jars of Clay and a co-founder of Blood:Water Mission, which aims to provide clean drinking water and HIV/AIDS treatments to people in underdeveloped parts of the world.

From the Shade of an Acacia Tree

There are few areas of life where a man should feel as slippery footed as when he is discussing topics related to women. Men, historically, even with an abundance of resources — from tabloid magazine articles to physiological and psychological books — have been utterly confounded.

The task of writing about women is a scary one that I have put off until the very last minutes of my deadline. And so, in a book full of essays orchestrated to help us understand the role we play in serving vulnerable women and children around the world, I am going to attempt to stay out of the burning center of the discussion and stay closer to the shade trees on the fringe.

On a human level, which is where we should always be having this conversation, vulnerability is another way of saying we have a weakness. Perhaps we have a soft spot on our underbelly where our scales have fallen, where a marksman could inflict a devastating blow. As I see it, maybe our weakness is not our own skin but, rather, a part of our culture.

Could a person’s weakness, a woman’s point of vulnerability, be another person?

If you have known any East African women, you would probably have difficulty finding any weakness or vulnerability in them. They are beautiful and strong, tenacious, creative, and courageous. My lexicon of glowing adjectives would run dry before I achieved the fullness of what the nearly goddess-like women of East Africa are like in my own eyes. I have watched them carry children and cinder blocks up mountains. I have watched them toil in the unforgiving sun, all the hours of the day, planting sugarcane and corn and then dancing the night away in joyous laughter.

I have experienced their leadership as they have forged the path to clean water and better health and hygiene for their children and families. Even in sickness, I have watched women mix concrete and build biosand filters for others in their villages. Have I hyped them enough? You see, when I think about women and children in those communities of Africa, it is so hard for me to see them as vulnerable. At least, it is hard to consider their particular vulnerability to be something coming from within them, which brings me back to the shade on the fringe of the community. There are people in the shade we must consider.

If you have spent any time in Kenya or Rwanda or Zambia or Zimbabwe or Uganda, or any country in the developing west side of Africa, you have probably noticed that a lot of the men are like lions. They watch over the pride from the shade of the acacia tree.

The first time I set foot on African soil, it was obvious that there was a cultural understanding, different from the Western one I was accustomed to, regarding a man’s place in the work of the community. In most of the villages I visited, I was greeted by women who were a part of leadership teams that established development plans for their communities. I realized early on that these women were the brawn and the brains of the operation. We would gather under an old tree and drink warm orange Fanta and talk about why clean water and hygiene mattered to them. With the exception of a few elders, there were only ever a few men in the mix. I watched children carrying massive water jugs back and forth from the river. I watched women cutting sugarcane, tobacco, and maize while men lounged under trees, drank, and told stories to each other. In fact, the first time I carried water from a muddy watering hole, I was laughed at by a line of men who had come to observe the spectacle of a man carrying water. After all, only women and children did that.

Maybe it is old-fashioned, but there is something in the heart of a man that makes him feel like a failure if he is not able to provide for his family.

I know that those men watching me that day had traveled a long way by foot, looking for employment. Looking but never finding. So I guess, if I reached, I could empathize with their story. The inability to provide is not just a Western form of emasculation. Economies fail. A man’s vulnerable soul is preyed upon by circumstances he is unprepared to defend against. And sometimes the cultures that grow out of the frustration of failure become a problem, especially for women and children.

But the truth is, those same men who have no employment and who have lost a sense of direction play one of the most significant roles in the growth and health of their communities.

The way men treat women always has a profound effect on the health and development of the world they live in.

Men have a role in the story of women who are deemed “vulnerable.”

I should not go much farther into this essay without acknowledging that not all men in Western Africa are like this. It would be a gross generalization to put all men in this category (however true it would be to imply that men, in general, have a bit of a superiority complex). That is for another conversation in another book.

So if there are cultural norms that perpetuate violence toward women, what role can men play in changing that culture? What role can we play in the support of women’s health and safety?

Perhaps it is not such a paradoxical idea that we could lead by serving. 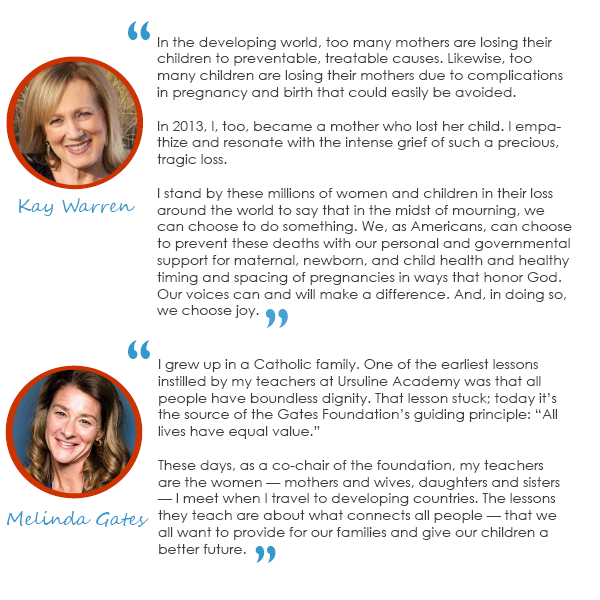 Your voices can make a difference! What is the one thing you think people of faith should be doing to change the health and safety of women and children in developing countries? Join the conversation and leave your comments today on our blog!