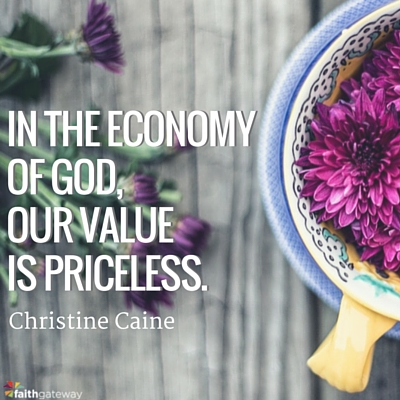 I recall a story of a young teen girl we will call Sari. She sat perched quietly on a chair. The sun was setting outside the brothel in a small town on Thailand’s border with Malaysia. Sari’s long hair hung forward, shielding her face from view. The eldest of four children, with two disabled parents, she was from a small, poor hill-tribe area in Laos.

The conversation progressed slowly, interrupted with long pauses as our team gently found a way to communicate in a culture where women and children are seen but not heard. The gulf between our team and Sari was bridged by our desire to understand the unimaginable and Sari’s desire to give voice to the unspeakable: a young girl of probably no more than fourteen years old, whose mother had sold her to a brothel. We had been steeped in our antislavery work in Eastern Europe, where girls were promised work as waitresses but tricked and forced into brothels, but the answers Sari bravely gave stopped us in our tracks.

We came to realize that an entire culture is aware and even complicit in modern-day slavery.

We asked Sari whether she had known the nature of the work involved.

Lifting her right hand to fiddle with her long hair, she slowly raised her eyes to meet ours: “Yes,” she said, “I knew. I knew what I would be doing when I got here. My mother told me.” A pregnant pause followed, while the import of her words overtook our team seated in the room. “My mother said it was my decision — my decision whether I came… or not.”

As we continued to sit in stunned silence, Sari then rose to leave as she explained it was time for her to “work.” Smiling through her tears, she stopped in the doorway and looked back, striving to clarify for us the incomprehensible: that while she was a fourteen-year-old, heartbroken to be doing this work, she was happy that the money her trafficker sent back to her family in Laos put food on the table for her parents and siblings.

The issue of maternal-child health in developing countries like Laos and Thailand, where the A21 Campaign combats sex slavery, is a pressing topic. Staged against the backdrop of desperate women without education — poor, hungry, and surrounded by more mouths than they can feed — rises the fastest-growing criminal economy in the world: human trafficking.

As the second largest criminal economy on the planet, trafficking generates over $32 billion per year, brokered on the backs of young girls like Sari. Unfortunately, the variables of human trafficking and societies that routinely mistreat women collide in developing nations to create a perfect storm that leads to horrifying results: (1) these women exist in rural villages with no income-generating opportunities; (2) these women know their children will die or minimally fail to thrive for lack of basic necessities; (3) the problem is solvable by ripping apart the sanctity of the maternal-child bond and agreeing to sexually commoditize and enslave the eldest daughter, selling her to the only industry in town that generates any money: the sex-trafficking industry.

No woman should be forced to confront the impossible: selling one child to ensure survival of the rest. We must advocate and educate so that young girls will no longer be faced with Sari’s choice of watching siblings starve or “choosing” instead to sexually service men three times their age.

In the midst of this very dark, daunting circumstance, there is a ray of hope. We can do something. You can do something. We can effect change for these girls, and for generations of girls to come, by supporting maternal and child health and healthy timing and spacing of pregnancies. For young girls like Sari, already imprisoned by human trafficking, this knowledge can empower her to protect herself and her body, and it can offer her a hope that there may be a future free from the sex trade.

We must elevate the status of women and children in developing countries.

When we look at the greatest liberator of history, Jesus, we see He welcomed and esteemed the marginalized and mistreated — the women and children.

In the economy of God, our value is priceless.

We — human beings made in the image of God — are not commodities.

Valued, loved, honored, and priceless, when we educate and elevate the status of the oppressed, a difference is made.

As Christians, we know that children like Sari are not commodities and that the parental bond between mother and child is meant to be cast in the image of Jesus’ love for us. As Psalm 127:3 reminds us, children are neither tools nor a means to an end, but our very future, both a gift from our Lord and a reward from Him.

Put simply, educating and esteeming women is not a luxury in the countries in which the A21 Campaign works, but a necessity — a key that will allow parents to move from forced commoditization of their children to treating them with the unconditional love Jesus bestowed in Matthew 19:13−15 (NLT):

Some children were brought to Jesus so He could lay His hands on them and pray for them. The disciples told them not to bother Him. But Jesus said: “Let the children come to me. Don’t stop them! For the Kingdom of Heaven belongs to such as these.” And He put His hands on their heads, and blessed them before He left.

We are blessed not just for our own selves, but in order to be a blessing to others. Jesus didn’t turn a blind eye to the marginalized and mistreated. James 1:27 describes the heart of God’s call to us — to care for and protect the the defenseless and oppressed in our own communities and world-wide. Come join the conversation on our blog and share with us how you can extend the unconditional love of Christ valuing those in impossible situations. ~ Devotionals Daily