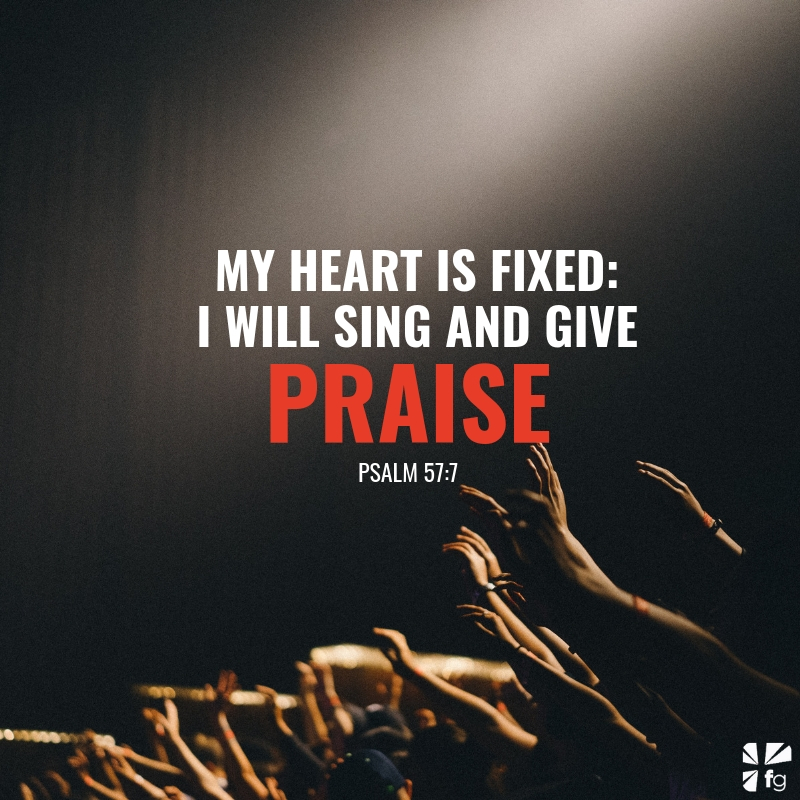 Zâmar, zaw-mar ́: To make music. To celebrate in song and music. To touch the strings or parts of a musical instrument.1

I stood over Brandy, looking into her eyes, giving her chips of ice, holding her hand, doing whatever she needed. She was deep into labor with our third daughter, Violet, and as was the tradition in the Whitehead family, music filled the hospital room.

In the weeks before delivery, Brandy and I made a worship playlist. We’d done the same thing when our first two daughters were born. More than anything, we wanted the songs of the church to be the first sounds our daughters’ tiny ears ever heard; we wanted to bring them into the chorus of God’s family from the beginning.

The worship music we played during Brandy’s labor gave us a sort of hidden strength. This music wasn’t just for our new baby. It was for us too. The people of God singing the praises of God calmed us through the moments of anxiety, bolstering Brandy’s spirits even through the labor of childbirth. The music was a conduit of God’s grace, and we felt it in that hospital room.

Praise and worship music can be a powerful tool to draw us into a personal experience with God.

And this effect can be felt in the privacy of a hospital room or in the gathering of the church. Haven’t you experienced this? Consider that time you walked into church, frustrated with a friend, anxious about your finances, perhaps concerned about a new health challenge. Remember how you stood in the liminal space before the worship music began and made small talk as best you could, the things of eternity far from your mind. Recall how the chords began to fill the room, how the attention of the crowd was turned toward the praise of God. In that moment, didn’t the stuff of earth, the anxieties of life, seem to melt into the melody? As the cares rolled away, didn’t you encounter the very presence of God?

Music is more powerful than we even understand. It can soften our hearts, soothe our troubled souls.

It opens a door to the spiritual world. It paves the road for the Spirit’s coming. The patriarchs, psalmists, and prophets of the scriptures understood the power of music especially. Recall the story of Elisha.

In the book of 2 Kings, we see the sons of Israel, poised on the edge of battle with Moab, and their water stores had run dry. Some of the men wondered aloud whether there might be a prophet in their ranks, someone who could consult with God on their behalf. In that moment, Elisha stepped forward, saying he had come bearing the word of the Lord. Before he would speak the prophecy, though, he demanded a soundtrack. “Bring me a harpist,” he said, then waited. And when the harpist came, when the music finally played, Elijah stood and delivered the Word of God, saying:

Elisha knew the power of a good soundtrack, how it frames a moment. Music so often prepares the heart for the reality of an important message. This reality is captured by the third Hebrew word that’s so often translated as praise — the word zâmar.

Zâmar is used throughout the psalms to connote the making of music, celebrating in song and music, and plucking the strings of a musical instrument. It’s a word that appears in the scriptures forty-one times, both in narrative form and in the poetry of the psalms.

I will sing a new song to You, O God;

On a harp of ten strings I will sing praises (zâmar) to You.

In Psalm 7:17 (NKJV), the writer incorporated the idea of raising hands of praise to music of praise, writing:

I will praise (yâdâh) the Lord according to His righteousness, And will sing praise (zâmar) to the name of the Lord Most High.

Some believed David wrote Psalm 57 while he was hiding from King Saul in a desert cave. In it, he wrote:

David recognized the truth Elisha understood. Music can bolster the human heart, can fill us with the courage to exercise our faith as we live into the promises of God.

It’s easy to read the psalms as personal expressions of praise and worship, as written by and for a particular writer. But as we’ve already seen, so many of these psalms were sung corporately by the people of God, and when the songs were raised together, they were almost always accompanied by instrumentation. Why? The psalmists understood the role of music in penetrating the hearts of people. They understood how our hearts reverberate in tune with instruments played for God.

We’re not all able to play the piano or guitar. We can’t all pluck the strings of a musical instrument, and some of us can’t carry a tune in a bucket. But that doesn’t mean we can’t engage in zâmar. As we listen to music, can’t we recognize the way it prepares our souls to receive God’s Word? Can’t we allow it to soften us? Can’t we appreciate how it serves as a vehicle, carrying our praise to the throne of God? When we do, we’re participating in zâmar.

What’s on your worship soundtrack? What is your favorite worship song… the one that puts you right into the throneroom of God? Come share with us! We want to hear from you! ~ Devotionals Daily

Learn more about the book >