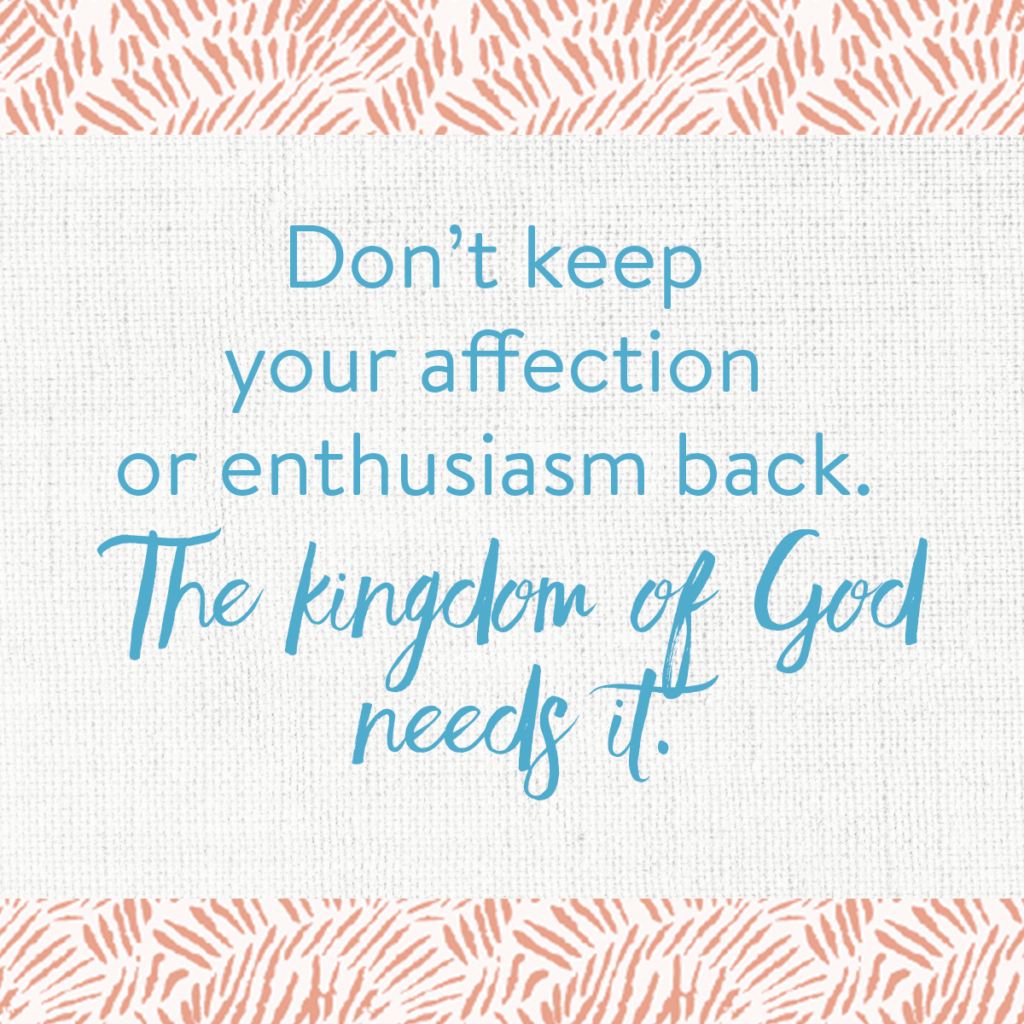 I always used to ask God to be near, but recently I’ve tried to shift my prayers a little. I don’t think it’s wrong to ask Him to be near, and I certainly don’t think He gets annoyed if we do even though He is already close by. What He mostly cares about is that we’re coming to Him, that we’re talking to Him. I’ve also realized that all of Scripture points to a God who can’t not be near.

So why would we ask God to be near if He’s promised that He won’t go anywhere? And why, then, do we not feel near to Him all the time?

I’d like to propose that perhaps we’re the variable, not Him. If He’s always available and nothing we can do will keep Him away, then maybe it’s us. Maybe we’re not recognizing Him. Maybe we’re not acknowledging Him. Maybe we’re ignoring Him. And while that sounds heavy and potentially disheartening, it’s actually really great news, and here’s why: you’re enough for Him to draw near. When He sees you, He sees His Son; and when He looks into your soul, He sees the Spirit. There’s nothing you can do to keep Him away, and there’s no place you can run where He won’t go to meet with you. So if you don’t feel near to Him, it cannot possibly be because you’ve done something to displease Him or make Him turn away.

I dare you to change your prayers, not because it will make Him happier with you (nothing can!), but simply because it will remind your heart how faithful and near He always is.

Rather than asking Him to be near, ask Him to give you eyes to see Him. Rather than asking what you can do to make Him come closer, maybe just ask that He helps you see how close He is. Jesus came the distance, He came all the way to the Cross, and nothing can separate you from His love and grace.

He’s near. He promised. Even if it doesn’t feel like it. Lord, open our hearts to feel Your nearness. Show us what our eyes can’t see — You! Come share your thoughts with us on our blog. We want to hear from you! ~ Devotionals Daily