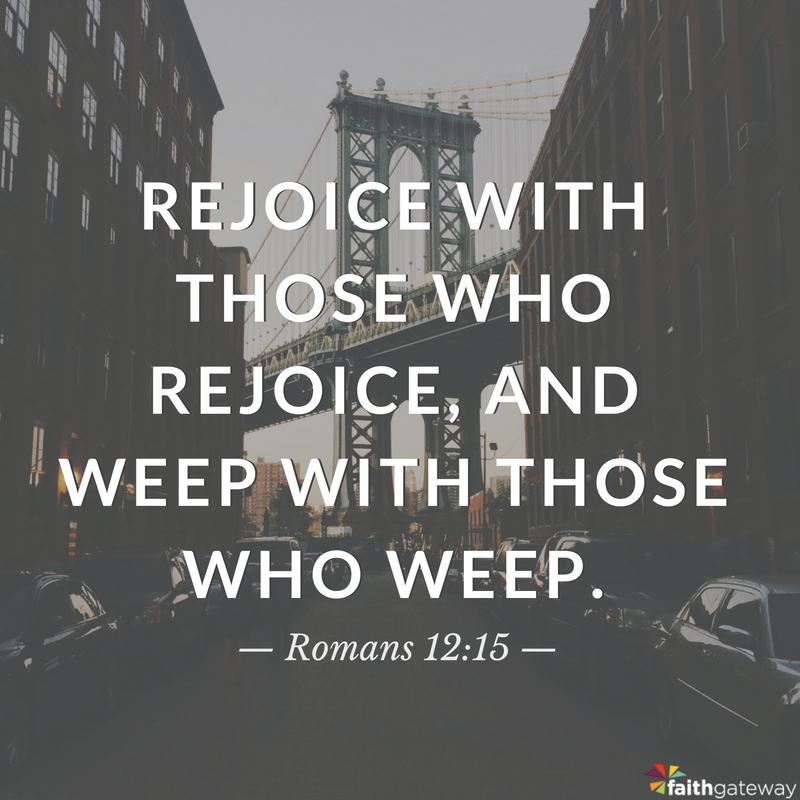 Editor’s Note: It’s been fifteen years since 9/11. We remember. It seems that the whole world looks back in lament at those brutal acts of terrorism on American soil as we do when we watch the news in horror and pray when we see evil prevail in other countries. Families still mourn the loss of fathers, mothers, brothers, and sisters. Those who lived through that awful day still grieve the damage done. Many Americans and people world-wide still wonder what the right response is to terror, and fear, and outrage. Dr. Jeremiah shares some words of wisdom in this compilation from his upcoming book Is This The End?

Hardly, a day passes anymore without dire news of the expansion of ISIS. Whether they are recruiting disenfranchised youth through social media, bombing busy marketplaces full of civilians, kidnapping journalists, or beheading Christians, ISIS looms large on our TVs, on our smart phones, and in our imaginations. Fear is their greatest weapon, and they wield it without mercy.  As they continue to expand their reach and spread violence throughout the Middle East, Africa, and Europe, we have seen their incursion on American soil. We remember September 11, 2001, and declare resolutely,

Since September 11, 2001, we in the West have learned that Islamic militants no longer limit their terrorism to the Middle East. America and Europe — notably New York, London, Paris, and Brussels — have also suffered attacks from ISIS and its forerunner, al-Qaeda.  The group’s battlefield is now the world.

We need not dwell long on the treachery of ISIS; it is well documented in the media. As I write these words, Syrian forces have just retaken the city of Palmyra, which ISIS had held for ten months.  Shortly afterward, the Syrians uncovered a mass grave containing forty-two civilians and soldiers, including three children. ISIS had shot some of the victims and beheaded the rest.1   Many more discoveries such as this one are inevitable as territory currently held by ISIS is recovered.

Islamic expansion poses a dilemma for Christians around the world.  Whether we face the overt violence of ISIS as Christians must in the Middle East or the non-violent gradualism that is eating away at the West — how are we to respond?

We cannot help but wonder whether our Islamic neighbors or coworkers support ISIS. Or do they support the non-violent expansion of Islam, the imposition of sharia law, and the repression of all non-Islamic religions? Or are they Muslims who want to coexist peacefully in a live-and-let-live pluralistic society?

The point of those questions is not to accuse but to bring us face to face with reality. Islam is the second-largest, but fastest-growing, religion in the world. Christians everywhere must realize that their response to this worldwide religious phenomenon can have life-or-death implications. The madness of radical Islam is now part of our lives because the always-on news cycle has shrunk the world to the size of our smartphone screens. We cannot escape the fact that radical Islam poses an existential threat to all of us, but especially to our Christian brothers and sisters in many parts of the world who endure severe persecution at the hands of ISIS and its sister organizations.

So what do we do?

The principle of Hebrews 13:3 applies here:

Remember the prisoners as if chained with them — those who are mistreated — since you yourselves are in the body also.

Christians around the world are one body in Christ. We must pray for the persecuted church that is suffering under ISIS. We must stand with them in unity (Ephesians 4:4-6) and empathy:

Because love is the greatest of all virtues (1 Corinthians 13:13), we have an automatic responsibility to love not only our persecuted brothers and sisters, but also those who persecute them (Matthew 5:44).  We must demonstrate the love of Christ in order to reveal the person of Christ. Loving our Islamic friends and neighbors will show them that we belong to Jesus (John 13:35). Muslims honor Jesus as a great prophet; we have the opportunity to manifest Him as a great Savior, Lord, and Friend.

Scripture tells us in several places that the Christian’s primary battle is not against national armies, but against invisible spiritual powers under the influence of the devil (2 Corinthians 10:3-4; Ephesians 6:12; 1 John 5:19). Sometimes, however, spiritual battles spill over the ramparts of Heaven and ravage the earth. God has ordained human governments on earth to protect the good from the onslaught of evil (Romans 13:1-4). Sometimes those governments must call citizens to war in defense of an orderly society.

This has created a dilemma in the minds of many well-intentioned, peace-loving Christians who believe military service to be antithetical to Christian principles. But mainstream Christian tradition has long relied on the precepts of Saint Augustine and Thomas Aquinas, both of whom supported the idea of “just wars” for Christians.2 War may be terrible, but it is sometimes better than allowing evil to run rampant.

We need not fear that ISIS will destroy the church; it is invincible.  As Jesus told Peter,

The gates of Hades shall not prevail against it. — Matthew 16:18

ISIS can drive Christians away, even behead them and destroy their churches; but they will never prevail over the church of Jesus Christ.

We must rely on that truth.

We do not know what the future holds in the Middle East or in the West. But we do know Who holds the future. While we wait for the day when swords will be beat into plowshares and spears into pruning hooks (Isaiah 2:4), let us faithfully represent Christ to all who do not yet know Him — even to those who are the enemies of His church.

Watch the Video for Is This The End?

Today, let’s pray for the families affected by 9/11, the survivors, the ones who were lost, and for every nation facing the threat of terrorism. How can we demonstrate the love of Jesus to a broken world? Come share with us on our blog. We want to hear from you. ~ Devotionals Daily