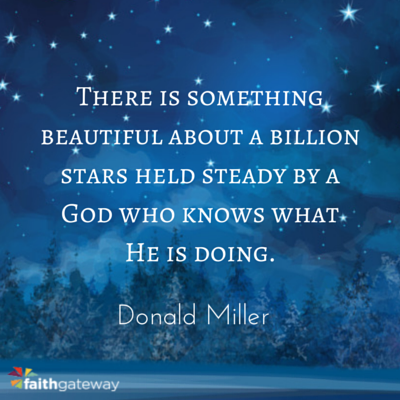 There is a time when every person who encounters Jesus, who believes Jesus is the Son of God, decides that they will spend their life following Him. Some people, like the Apostle Paul, make this decision the minute they meet Him, the minute they become a Christian. Others, like the Apostle Peter, endure years of half-hearted commitment and spiritual confusion before leaping in with all their passion. Still others may enjoy some benefits of God’s love and grace without entering into the true joy of a marriage with their maker.

Not long after I graduated from high school, I found myself leading a college group at a large church just outside Houston. I cherished the role, at first, because it was a place of honor. I studied the Bible for hours, putting talks together that students enjoyed. It started as a substitute teaching job. The college minister couldn’t be there one week, so he asked me to fill in. When I was asked to speak again, I jumped at the chance like Homer Simpson at a donut. Pretty soon I was teaching all the time. I swam in the attention and the praise, I loved it, I lusted for it, I almost drowned in it.

The more attention I got, the stranger I became.

I was on my way to having my own religious television show. Okay, that’s a bit much, but you know what I mean. I was a smiler, a hand-shaker, a baby-kisser, a speech-giver. I said things like “God be with you,” and “Lord bless you.” I used clichés like a bad novelist.

I led the college group for a couple of years and enjoyed it at first, but it wasn’t long before I felt like a phony. I got tired of myself. I didn’t like to hear my own voice because I sounded like a talk-show host.

One afternoon I made an appointment with my pastor and told him I was leaving, that I was going into the world to get my thinking straight.

“How long will you be gone?” he asked.

“Can you talk about it?” He looked concerned.

“I understand you need a break. Why don’t you take a couple weeks off.”

“I was thinking longer,” I told him.

“I don’t know. Can you put a time limit on these things?”

“I don’t know,” I told him, sort of staring out the window.

“Can you tell me how you feel?”

“What does the real you want to say and do?” he asked me.

“I don’t know. That is what the trip is about.”

“Are you having a crisis of faith?” He looked concerned again.

“Maybe. What is a crisis of faith?” I asked him.

“Do you believe in God?”

“You aren’t having any doubts at all?” he asked.

“No. I don’t have any doubts about God or anything; it’s just me. I feel like I am constantly saying things I don’t mean. I tell people they should share their faith, but I don’t feel like sharing my faith. I tell people they should be in the Word, but I am only in the Word because I have to teach the Word. I said to a guy the other day, ‘God bless you.’ What does that mean? I have been saying that stuff all my life, but what does that mean? Then I started thinking about all the crap I say. All the clichés, all the parroted slogans.

I have become an infomercial for God, and I don’t even use the product.

I don’t want to be who I am anymore.”

“So you think you should go away,” he clarified.

“Where will you go?”

“We are in America right now, Don.”

“Yeah, I know. But there are other parts to America. I’d like to see the other parts. I was looking at a map the other day, you know, and Texas was sort of brown with some green, a few hills, but then there were other places that were more green with big lumpy mountains. I’d like to go to those places.”

“Do you think God is out there somewhere? Out there in the lumpy places?”

“I think God is everywhere.”

“Then why do you have to leave?”

The conversation went on like this for about an hour. I went on and on about how the real me was out in the green lumpy places. I wasn’t making any sense. I can’t believe my pastor didn’t call the guys with the white coats to take me away. I suppose what I wanted back then is what every Christian wants, whether they understand themselves or not.

What I wanted was God.

I wanted tangible interaction. But even more than that, to be honest, I wanted to know who I was.

I felt like a robot or an insect or a mysterious blob floating around in the universe. I believed if I could contact God, He would be able to explain who and why I was.

The days and weeks before a true commitment to Jesus can be terrible and lonely. I think I was feeling bitter about the human experience. I never asked to be human. Nobody came to the womb and explained the situation to me, asking for my permission to go into the world and live and breathe and eat and feel joy and pain. I started thinking about how odd it was to be human, how we are stuck inside this skin, forced to be attracted to the opposite sex, forced to eat food and use the rest room and then stuck to the earth by gravity. I think maybe I was going crazy or something.

Life no longer seemed like an experience of freedom.

About twelve hours after I had the conversation with my pastor, a friend and I jumped into one of those Volkswagen camping vans and shoved off for the green lumpy places. A week into our American tour, we found ourselves at the bottom of the Grand Canyon, which is more lumpy than green, it turns out. It was a heck of a hike, let me tell you. I was in no shape to do it. So by the time I got to the bottom of that gargantuan hole in the ground, I was miserable. It was beautiful, don’t get me wrong, but when your head is throbbing and you can’t feel your lower half, you don’t want to sit and reflect on how beautiful things are. Lumpy or not.

The canyon is more spectacular from the rim than from the river. Once in it, everything looks like Utah. As my friend and I fell asleep by the river, however, I had a cherished moment with God. I was in a lot of pain from the hike, so I was in no mood to mess around. There was no trying to impress Him, no speaking the right words. I simply began to pray and talk to God the way a child might talk to his father.

Beneath the billion stars and beside the river, I called out to God, softly.

The stars were quiet. The river spoke in some other tongue, some vernacular for fish.

“I’m sorry, God. I’m sorry I got so confused about You, got so fake. I hope it’s not too late anymore. I don’t really know who I am, who You are, or what faith looks like. But if You want to talk, I’m here now. I could feel You convicting me when I was a kid, and I feel like You are trying to get through to me. But I feel like You are an alien or something, somebody far away.”

Nothing from the stars. Fish language from the river. But as I lay there, talking to God, being real with Him, I began to feel a bit of serenity.

It felt like I was apologizing to an old friend, someone with whom there had been a sort of bitterness, and the friend was saying it was okay, that he didn’t think anything of it.

It felt like I was starting over, or just getting started. That is the thing about giving yourself to God. Some people get really emotional about it, and some people don’t feel much of anything except the peace they have after making an important decision. I felt a lot of peace.

There is something quite beautiful about the Grand Canyon at night.

There is something beautiful about a billion stars held steady by a God who knows what He is doing.

(They hang there, the stars, like notes on a page of music, free-form verse, silent mysteries swirling in the blue like jazz.) And as I lay there, it occurred to me that God is up there somewhere. Of course, I had always known He was, but this time I felt it, I realized it, the way a person realizes they are hungry or thirsty. The knowledge of God seeped out of my brain and into my heart.

I imagined Him looking down on this earth, half angry because His beloved mankind had cheated on Him, had committed adultery, and yet hopelessly in love with her, drunk with love for her.

I know a little of why there is blood in my body, pumping life into my limbs and thought into my brain. I am wanted by God. He is wanting to preserve me, to guide me through the darkness of the shadow of death, up into the highlands of His presence and afterlife. I understand that I am temporary, in this shell of a thing on this dirt of an earth. I am being tempted by Satan, we are all being tempted by Satan, but I am preserved to tell those who do not know about our Savior and our Redeemer. This is why Paul had no questions. This is why he could be beaten one day, imprisoned the next, and released only to be beaten again and never ask God why. He understood the earth was fallen. He understood the rules of Rome could not save mankind, that mankind could not save itself; rather, it must be rescued, and he knew that he was not in the promised land, but still in the desert, and like Joshua and Caleb he was shouting, “Follow me and trust God!”

I see it now. I could see Satan lashing out on the earth like a madman, setting tribes against each other in Rwanda, whispering in men’s ears in the Congo so that they rape rather than defend their women. Satan is at work in the cults of the Third World, the economic chaos in Argentina, and the corporate-driven greed of American corporate executives.

I lay there under the stars and thought of what a great responsibility it is to be human. I am a human because God made me. I experience suffering and temptation because mankind chose to follow Satan.

God is reaching out to me to rescue me.

Excerpted with permission from Blue Like Jazz by Donald Miller, copyright Thomas Nelson.

Have you ever felt burned out in your faith or that you were just going through the motions without actually engaging in a personal relationship with God? Join the conversation on our blog! We’d love to hear from you! ~ Devotionals Daily