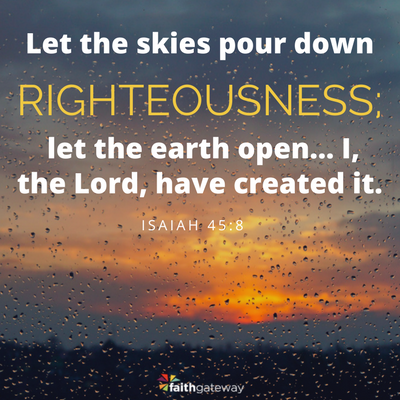 Look closely, phrase by phrase, at the implications of this pivotal statement:

“But now… is revealed”

First of all, Paul is saying that the gospel of Jesus Christ gives us a fuller, clearer understanding of the way of salvation than had ever been revealed before. The truth was there in the Old Testament, but it was concealed in shadows. For the most part, it was imbedded in typology and symbolism.

For example, the Old Testament sacrificial system was loaded with graphic depictions of substitutionary atonement. The vivid, bloody rituals reminded the faithful in a powerful way that sin’s dire wages must be paid. Animal sacrifices pictured the death of a vicarious sin-bearer, showing that the penalty of sin could be borne by an appropriate substitute. But those offerings had to be made again and again, proving that animal sacrifices “can never take away sins” (Hebrews 10:11). Old Testament sacrifices were merely symbolic, looking ahead to a greater, more suitable sacrifice that would be truly efficacious. “For it is not possible that the blood of bulls and goats could take away sins” (Hebrews 10:4). But where could a truly acceptable substitute be found? Under the law, the answer to that question remained shrouded in mystery.

Furthermore, the sacrificial system was focused almost entirely on the punishment the law demanded. What about the obedience the law demanded? How was the perfect righteousness required by the law to be fulfilled? That question was another unanswered puzzle as far as Old Testament saints were concerned.

Both answers came in the incarnation of Christ:

What the law could not do in that it was weak through the flesh, God did by sending His own Son in the likeness of sinful flesh, on account of sin: He condemned sin in the flesh, that the righteous requirement of the law might be fulfilled. — Romans 8:3-4

The phrase “but now” in Romans 3:21 refers to the era that was inaugurated with the incarnation of Christ. This was literally the turning point of history and the pivotal juncture in God’s plan of redemption. Galatians 4:4-5 describes it this way:

When the fullness of the time had come, God sent forth His Son, born of a woman, born under the law, to redeem those who were under the law.

Specifically, the birth of Christ was the portent of a new era of revelation in which the answers to Job’s conundrum and all those related questions would become clear.

Throughout Christ’s earthly ministry and through the God-breathed words of the New Testament, the veil was lifted from these Old Testament mysteries.

Many things that had always been shadowy and obscure were suddenly made clear. The writer of Hebrews stresses the superiority of New Testament revelation in his opening sentence:

God, who at various times and in various ways spoke in time past to the fathers by the prophets, has in these last days spoken to us by His Son. — Hebrews 1:1-2

the mystery which [was] hidden from ages and from generations… has been revealed to His saints. — Colossians 1:26

has now been revealed by the appearing of our Savior Jesus Christ. — 2 Timothy 1:10

“The righteousness of God”

The answer is clear. Paul is talking about Jesus Christ, who, of course, because He is God incarnate, embodies divine righteousness. The entire Old Testament bears Him witness (John 1:45; John 5:39, John 5:46).

Furthermore, having come to earth as a true man, born under the law, Jesus lived a sinless life, thus becoming the perfect embodiment of human righteousness as well. He (and He alone) is therefore perfectly suited to be a “Mediator” between God and men, our Great High Priest (1 Timothy 2:5). He is also uniquely qualified to offer Himself as a perfect sin offering — the spotless “Lamb of God who takes away the sin of the world” (John 1:29). Indeed, “this Man… offered one sacrifice for sins forever,… [and thus] by one offering He has perfected forever those who are being sanctified” (Hebrews 10:12, Hebrews 10:14).

How does Jesus Christ perfect those who believe in Him? Obviously, His death pays in full the penalty of their sin, thereby cleansing their guilt and erasing the debt. But in addition, His flawless righteousness — the only human righteousness that could ever stand alongside the perfect righteousness of God — is granted to believers by imputation.

“Through faith in Jesus Christ, to all and on all who believe”

Rain down, you heavens, from above, and let the skies pour down righteousness; let the earth open, let them bring forth salvation, and let righteousness spring up together. I, the Lord, have created it. — Isaiah 45:8

This imputed righteousness is the sole ground of the sinner’s justification. God accepts sinners not because of something good or praiseworthy He finds in them. Remember,

Our good works contribute nothing at all to our righteous standing. Once more: if your trust is in your own goodness, you are doomed (Luke 18:8).

God accepts only absolute perfection, which does not exist in the human realm, except in Christ.

But here’s the good news: true believers are united with Christ “through faith” (Ephesians 3:17), and therefore they too are “in Christ” (Romans 12:5; 1 Corinthians 1:30). God accepts them and blesses them on that basis (Ephesians 1:6). That is how He “justifies the ungodly” (Romans 4:5). He credits them with a righteousness that is not their own — an alien righteousness, reckoned to their account.

Paul prominently features this truth in his own testimony. His heart’s desire, he said, was to

Notice what Paul is confessing:

God Himself had to come to the rescue. He alone can save.

The very One who gave the law that condemns us also supplies the righteousness needed to save us. And that is the only merit we need to have a right standing before Him.

This is “the light of the gospel of the glory of Christ” (2 Corinthians 4:4). And it’s the only way a person can be right with God.

Modern religion often overlooks the Old Testament as outdated or replaced by the New Testament. But, Jesus is the fulfillment of the Old Testament, He is the “But now” that brings us salvation that cannot be taken away! Come share your thoughts with us on our blog about our God who came to the rescue. We would love to hear from you! ~ Devotionals Daily