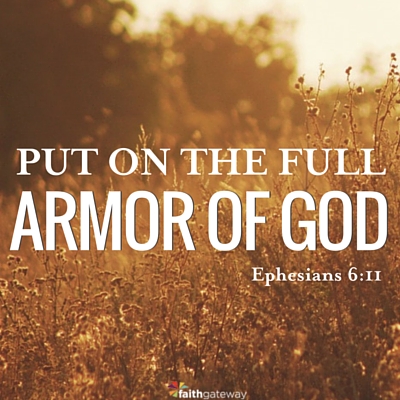 Editor’s Note: Because of his Korean-American heritage, author Kenneth Bae felt compelled to somehow reach the people of North Korea. Living in China, Kenneth began to lead guided tours into the secret nation. After six years of successful, peaceful tours, Kenneth was suddenly detained, arrested and eventually sentenced to fifteen years hard labor. During his ordeal, Kenneth was forced to lean harder on God than ever before.

After what felt like the longest day of my life, six o’clock finally came. I had not achieved all I was supposed to achieve for the day. I had planted only a few rows…I went back to room number 3. I just wanted to collapse on my bed. My dinner, which consisted of basically the same thing I’d had every meal so far, was waiting for me…

I did not stir until the next morning around six. After a small breakfast I spent an hour reading my Bible, singing, and praying, before I was led back outside to spend another day working in the field. Just walking out there took all of my spiritual energy. My body ached, but my spirit ached even more. If I am going to survive this, I have to put on the full armor of God, I told myself.

When I reached the field, I took my hoe and started planting where I had left off the day before. While I dug I silently recited Ephesians 6:13-17. I went over each piece of God’s armor and felt myself place it over my spirit. The belt of truth, the breastplate of righteousness, the helmet of salvation, and the shield of faith covered me. I looked at my hoe and imagined it to be the sword of the Spirit. As each piece went on, my strength grew. From that day on, I never left my room without first putting on the full armor of God to prepare me for the spiritual battles awaiting me.

My second day in the field was pretty much like my first, as was the third day and the fourth and on and on and on. The only exception was the day I spent spreading fertilizer instead of planting. I preferred planting.

The fertilizer consisted of pig manure mixed with dried leaves and cut with water. I hauled it out into the field on the A-frame, trying to balance two bucketfuls of this smelly mixture. I spilled more than made it into the field. Eventually the guards told me to carry one bucket  at a time.

I cannot describe the smell. It reeked of the most awful stink I’ve ever experienced.

I started singing more and more as I worked. I found it lifted my spirits and made the time go by much faster. Most days I sang praise songs. One afternoon I got so caught up in worshiping my Lord that a huge smile broke out on my face. I was hot. My back ached. My knees were sore. But in my spirit I was in the presence of God. Finally one of the guards yelled over at me, “Hey, 103, if you are the prisoner, why do you look like you are enjoying this more than we do? Stop it.”

Watch the Video for Not Forgotten

Excerpted with permission from Not Forgotten: The True Story of My Imprisonment in North Korea by Kenneth Bae and Mark Tabb.

How often do we think of the full armor of God as something that we must put on every single day just to withstand the enemy and to prepare for the spiritual battles of the day ahead? Let’s read Ephesians 6:13-17 again and ask the Lord to remind us to be fully ready in this way for whatever lies ahead. Come join the conversation on our blog! We want to hear from you about putting on the full armor of God!