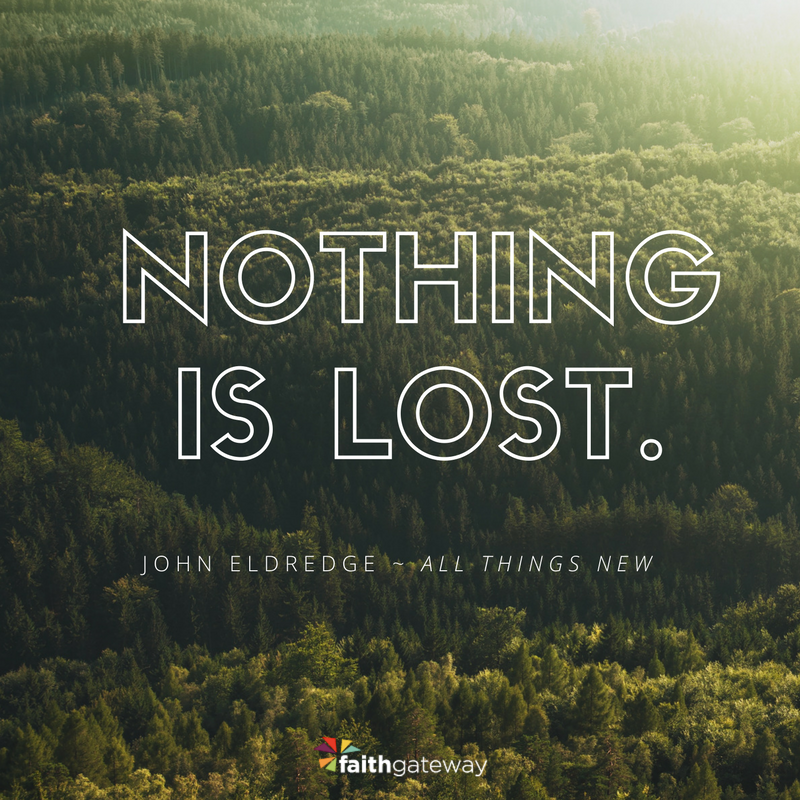 Grab Hold with Both Hands

That’s why I don’t think there’s any comparison between the present hard times and the coming good times. The created world itself can hardly wait for what’s coming next. Everything in creation is being more or less held back. God reins it in until both creation and all the creatures are ready and can be released at the same moment into the glorious times ahead. Meanwhile, the joyful anticipation deepens. — Paul of Tarsus in Romans 8:18-21 The Message

There was an old wooden bridge on my grandfather’s ranch; it crossed a large irrigation canal the size of a good stream, which flowed constantly with milky water the color of well-creamed coffee. Cottonwoods grew in the rich loamy soil along the canal, and their huge boughs covered it in shade all summer long. Even in the dog days of August it was always cool there, and the waters made the quietest lovely sounds as they passed under the bridge. It was a magical place for a boy. Coming in from the fields we would race the last hundred yards, galloping our horses over the bridge that boomed and echoed under our hooves with a marvelous deep sound like thunder, or cannon fire from the deck of a great ship. Swallows would shoot out from under either side, spinning away up and down the canal. As far as I was concerned, in my seven-year-old heart, that bridge had always been there and always would be. Wallace Stegner shared a similar experience from his boyhood:

Unless everything in a man’s memory of childhood is misleading, there is a time somewhere between the ages of five and twelve that corresponds to the phase ethologists have isolated in the development of birds, when an impression lasting only a few seconds may be imprinted on the young bird for life… I still sometimes dream, occasionally in the most intense and brilliant shades of green, of a jungly dead bend of the Whitemud River below Martin’s Dam. Each time I am haunted, on awakening, by a sense of meanings just withheld, and by a profound nostalgic melancholy. Yet why should this dead loop of river, known only for a few years, be so charged with potency in my unconscious? Why should there be around it so many other images that constantly recur in dreams or in the phrases I bring up off the typewriter onto the page? They live in me like underground water; every well I put down taps them.1

I now understand, some fifty years later, that the bridge under the cottonwoods was filled with “a sense of meanings” and “charged with potency” because the promise was coming to me through that place. And oh, how I would love to see it again, take my own grandchildren there; charge our horses over and make cannon fire, then sit quietly and dangle our bare feet over the edge, watching the swallows come and go. Perhaps I will, at the restoration of all things. For nothing is lost, my dear friends; nothing is lost.

I assure you that when the world is made new and the Son of Man sits upon his glorious throne… everyone who has given up houses or… property, for my sake, will receive a hundred times as much in return. — Matthew 19:28-29 NLT

If we believed that — if we believed in the total overthrow of evil, in the complete renewal of this world, if we knew we could count on our own restoration and the exercise of our gifting in the new earth — we would be the happiest people in any world.

What memories, what joys, what glorious history do you look forward to when Jesus returns and renews this world? What are you joyfully anticipating? Come share with us on our blog. We would love to hear from you! ~ Devotionals Daily