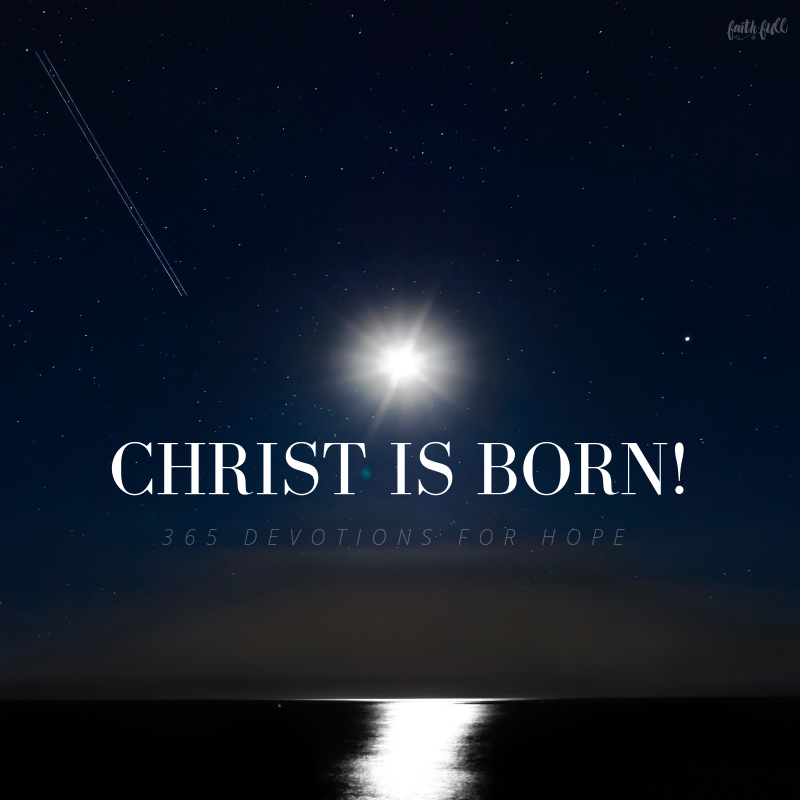 When they saw the star, they were overjoyed. — Matthew 2:10

The Christmas lights now in the neighborhoods have no rival at any other season. We put up lights to celebrate the Light of the world who was born, but the very first Christmas light was a distant star. Almost every soul on earth missed it. No one knew to look for it except the wise men who were entrusted with the secret. When they traveled across the hemisphere following a star, even God’s covenant nation was unaware.

Prophets of Israel had foretold of the Messiah, but few hoped to see Him in their time. Times were not ideal. A foreign oppressor held power over God’s people. Soldiers dominated the streets, and taxes were harsh. God’s temple stood amid infidels. Who kept the Law, in its essence? Did any of God’s people love Him with their whole hearts and souls? The people longed for the Messiah, but they did not see the signs of His coming.

Then the Child came in an unknown fashion. Those star-following wise men were of the first to seek Him out:

The star that they had seen when it rose went before them until it came to rest over the place where the Child was. — Matthew 2:9 ESV

Each of us sees hope that no one else may see. Share your hope and your light with someone who needs it.

Dear God, You are the Life and the Light of the world. Thank You for revealing Yourself to me. Amen.

Excerpted with permission from 365 Devotions for Hope by Karen Whiting, copyright Zondervan.

Merry Christmas, friends! We pray you have a wonderful time today celebrating the birth of our Savior! ~ Laurie McClure, Faith.Full