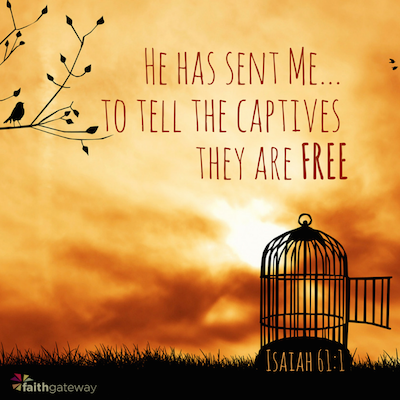 It was a totally normal Sunday. There I was, loitering in the church foyer between worship services, daydreaming about where to go for lunch and how many extra miles I’d have to run if I ate the carbohydrates I was craving, when a woman with flyaway brown hair rushed up beside me. She grabbed my arm and whispered enthusiastically, “I’m so glad you’ve started teaching our Bible study! Before you came, all the leaders were blonde and thin and perfect looking, but when you came I finally felt comfortable and… and…” The second she realized how left-handed her compliment had come out, she stammered awkwardly. Then she scurried off as quickly as she’d come upon me, but I couldn’t help grinning in her wake.

That church hallway encounter is probably the first time I’ve ever been delighted to be described as a not-thin, less-than-perfect-looking brunette because I’ve only recently begun to be completely comfortable in my own God-given skin. Even though I put my faith in Jesus Christ when I was a little girl, I spent decades way too concerned about what other people thought. The better part of my adolescence and young adulthood was spent trying to draw inside the “good Christian girl” lines superimposed by a conservative evangelical culture. I wore dresses and shiny shoes to church, I tried not to wiggle anything inappropriately when pop music was playing, and I never, ever cussed in public. I did my very best to look spiritual.

And while I’m certainly not advocating pelvic-dominant dance moves or the casual use of expletives, I did ultimately begin to ponder the juxtaposition between Jesus’ words in the gospel of John —

— and the people-pleasing, performance-oriented posture of my own life. I began to wonder what Jesus thought about all the superficial, unnecessary junk I lugged around and labeled spiritual. And, my yearning for the real liberty Jesus promised grew stronger and stronger. I began aching to experience what another woman did around two thousand years ago:

One of the Pharisees asked Jesus to have dinner with him, so Jesus went to his home and sat down to eat. When a certain immoral woman from that city heard He was eating there, she brought a beautiful alabaster jar filled with expensive perfume. Then she knelt behind Him at His feet, weeping. Her tears fell on His feet, and she wiped them off with her hair. Then she kept kissing His feet and putting perfume on them.

When the Pharisee who had invited Him saw this, he said to himself, “If this Man were a prophet, He would know what kind of woman is touching Him. She’s a sinner!”

Then Jesus answered his thoughts. “Simon,” he said to the Pharisee, “I have something to say to you.”

Then Jesus told him this story: “A man loaned money to two people — 500 pieces of silver to one and 50 pieces to the other. But neither of them could repay him, so he kindly forgave them both, canceling their debts. Who do you suppose loved him more after that?”

Simon answered, “I suppose the one for whom he canceled the larger debt.”

“That’s right,” Jesus said. Then He turned to the woman and said to Simon, “Look at this woman kneeling here. When I entered your home, you didn’t offer Me water to wash the dust from My feet, but she has washed them with her tears and wiped them with her hair. You didn’t greet Me with a kiss, but from the time I first came in, she has not stopped kissing My feet. You neglected the courtesy of olive oil to anoint My head, but she has anointed My feet with rare perfume. “I tell you, her sins — and they are many — have been forgiven, so she has shown Me much love. But a person who is forgiven little shows only little love.” – Luke 7:36–47

This woman was so preoccupied with worshipping Jesus that she didn’t stop to think what the Pharisees watching her intimate gesture might think. She was so wholly undone by His mercy that she broke free from the chains of spiritual propriety. It didn’t matter what anyone else thought; all that mattered to her was expressing her gratitude for His amazing grace. Her abandon illustrates how personal freedom is directly proportionate to our comprehension of divine forgiveness.

Authentic emancipation comes with giving up our attempts to justify ourselves and leaning — I mean really leaning, putting all our weight — on the fact that God’s mercy is big enough to redeem the bad things we’ve done and the bad things that have been done to us.

Have you ever wondered what it would feel like to be that uninhibited? That unconcerned about whether anyone else approves of your actions as long as the Savior is smiling? How incredible would it be to walk through the rest of our lives with a kick in our step even though our hearts are dotted with old scars and some of us have thighs that rub together? As radical as that sounds, I know beyond a shadow of a doubt that this kind of liberty is possible. I know because of my own ongoing liberation story, because of the ancient liberation stories I read in Scripture, and because of the current liberation stories I get to figuratively read on the road.

For instance, a woman approached me recently at a Women of Faith conference. She was well dressed and well-spoken, probably about my age. She leaned in close, looked down at her feet, and whispered, “I’ve been walking in shame for thirty years. I’ve known Jesus since I was a little girl, but I was sexually molested from the time I was eight until I was thirteen by my uncle, and it left me pretty damaged. I haven’t felt pretty or wanted or clean since.”

After a considerable pause, she took a half step backward and looked up, staring intently into my eyes. Then she took a deep breath and declared with trembling, newfound confidence, “But tonight I sensed God saying, ‘You’re beautiful to Me,’ and I feel like I’ve taken my first step toward finally being free.” We hugged for a minute or two, and the whole while she kept saying softly, “God loves me! God loves me! God loves me!” I thought, Yes, He does. Yes, He does. Yes, He does, long after she walked away.

I had a similar conversation in a church on the outskirts of Chicago not long ago. At that particular event, I taught from Matthew 1, focusing on how our heavenly Father graciously wove women with checkered pasts — chicks like Rahab, who spent time as a working girl in the red-light district, and Bathsheba, who got jiggy with King David while she was still married to a deployed soldier named Uriah — into the literal family tree of our Messiah and how their inclusion illustrates the fact that perfection isn’t a prerequisite for relationship with God. At the end of the day, a beautiful young woman came up and told me it was the first time she’d been inside a sanctuary in more than four years. Then she began to share her story with the words, “I’ve been Bathsheba.” She went on to describe the paralyzing guilt that accompanied her decision to sleep with a man she wasn’t married to and how she’d allowed it to separate her from Jesus, her family, and her friends. She also held my gaze when she said firmly, “But today I was reminded that no sin is more powerful than God’s forgiveness.” She winked before adding, “I’ll be back here tomorrow.”

Our Creator-Redeemer’s lavish affection and forgiveness really do set captives free. Whether your prison bars have been cemented in place by guilt, shame, pain, or by a mortar made up of all three, they cannot withstand the power of Christ’s love.

Emotional and spiritual jailbreak is inevitable when we move toward Jesus!

The Lord God has put His Spirit in me, because the Lord has appointed me to tell the good news to the poor. He has sent me to comfort those whose hearts are broken, to tell the captives they are free, and to tell the prisoners they are released. – Isaiah 61:1

Excerpted with permission from Time to Rejoice by Women of Faith, copyright Thomas Nelson.

Do you need an emotional and spiritual jailbreak? Do you need your own “get out of jail free” card? Move toward Jesus! Come join the conversation on our blog! We would love to hear your story and comments!