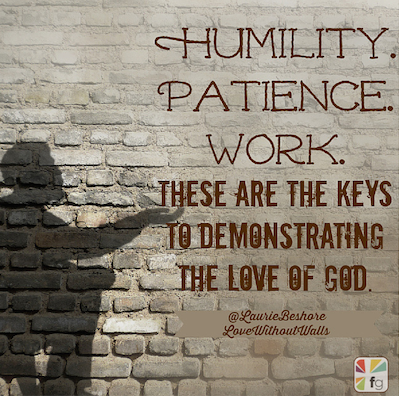 Outreach: Going Where God Is Moving

Our best ministry growth strategy has been to observe what God is doing and move in that direction. This was certainly the case with the beginning of our Lighthouse Community Centers.

Over a ten-year period, we had multiple connections to Minnie Street in Santa Ana through church members who had a passion to serve the poorest of the poor. At the time, this gang-ridden, impoverished immigrant community was the most densely populated neighborhood west of the Mississippi. Because of the Bible studies, after-school club, and tutoring that had been happening organically, we sensed God’s leading and thought perhaps this was a place where we could make a difference.

Because of cultural differences, we encountered some suspicion and mistrust as we began to organize these efforts. There was concern we were trying to “take over.” On the positive side, the community members were always very direct about their concerns.

From the beginning it was clear that we were considered a “them” (as in “us versus them”). It was also clear that many more “thems” had come and gone before us. So we had a lot to answer for.

When we first started, we often heard people say, “Too many of you come in, do your little thing, and then go. It doesn’t even matter what your thing is. Maybe you stay for a day or a week, maybe for a few months. You say you care, but then you just go away. We never know where you go or when you’re leaving, but you always disappear. You’re not working with us . . . you’re just trying to fix us.”

We didn’t know how to respond to this. All we knew was God wanted us to be there, even if we didn’t know what to do. We had been investing in the neighborhood for quite a while now, with various activities from after-school tutoring to Bible studies. You could see kids walking around the neighborhood wearing T-shirts from our children’s events. But beyond the programs and the outward signs of our presence, we hadn’t gained much traction within the community itself. Despite our best intentions, it remained an us-and-them relationship. And we knew unless we took the time and did the hard work of breaking down the walls between us, it would probably remain that way. To make the learning center more than a place for programs, we knew we needed to create an atmosphere of trust. But how? What we really needed was a partnership with someone on the inside, someone who had an established presence and credibility in the neighborhood.

Victoria was about forty years old, fluent in English, and clearly a leader in the Minnie Street community of Santa Ana. She worked at the local school as a teacher’s aide, so she served in a semi-official role as a liaison to those on the outside. She listened briefly to our plans and then told us the same thing we’d heard from everyone else: nobody stays.

We wanted to protest and say, “We’re going to be different. We’re not like the others.” And we believed it! But we also knew it wouldn’t convince them. We knew our good intentions were not going to be good enough to win trust from the community.

So we called a meeting and invited as many locals as we could. We explained to them that we wanted to expand and formalize our tutoring program because more and more kids wanted to be involved. We asked them to share their thoughts with us: what did they think about us renting an apartment and expanding the tutoring program? They weren’t all that excited, to be honest. While they didn’t say no, there was little interest in our plans.

I wanted to make sure they really understood our intentions — our heart for the work we were doing — so I added that as a church, our faith was a part of everything we did. I shared how Jesus had changed our lives and that, while we had resources to offer, we believed the most valuable thing we had to share with them was the good news of Christ. In fact, our faith was the catalyst for our wanting to love and serve others outside ourselves. But I was quick to add that adopting our faith was not a requirement: no one would be turned down or recruited to attend our church.

That’s not what we were after. Suddenly, many of us became emotional, including Victoria. We all realized that we wanted the same things. We had the same desires for this community.

I’d like to say everything was easy after that, but it wasn’t. It soon became clear we weren’t all on the same page.

We started meeting together every Tuesday night, but as much as we tried to change things, it was clear we were still two different groups: one group wasn’t sure if they wanted any part of us,and another group — led by me — didn’t know anything about creating and operating a learning center. We spent many evenings dreaming together about what this center could do for this community, but after several months, some of our leaders grew impatient. In frustration, we went into task mode. We focused on curriculum, facilities, and programming. We thought we were making great progress. Until the next meeting, that is.

When we arrived for the next meeting, the furniture had been rearranged so that the locals were seated on one side of the room, and there were several rows of empty chairs for us on the other side. Victoria sat behind a big desk in the middle of the room with a sign that read “Welcome Visitors.” It was clear to us who the visitors were. Somehow, without knowing it, we had overstepped the boundaries once again. We moved too fast.

Looking back, it’s easy to see why the community responded this way. They didn’t understand our process, and we didn’t really understand them. We assumed giving out assignments to smaller teams of people would be the best way to make progress, but the community interpreted this move as an attempt to divide and control.

After apologizing, we had no choice but to drop our organized multi-team planning meetings. All we could do was simply listen.

Slowly, one day at a time, we got to know the community better. And that is what finally made it all work.

We learned one of the hardest but most important lessons for successful, life-changing ministry. Before we could do the programs, before we could even sit down and plan things together, we had to make a relational investment. We had to invest our time — lots of it. Having money and ideas was not the solution. We needed to establish trust.

When we finally launched the learning center, we didn’t have a developed curriculum program. We just threw open the doors and took things one day at a time. We tried to stay one step ahead, but instead of charging ahead with great plans, we let go and allowed a partnership to bloom.

Regardless of whether people’s suspicions are true, those suspicions shape their perception of reality. We’ve learned that the resistance we encounter is often not about us or anything we’ve done. It’s about the past. Broken promises and fractured relationships leave people hurt and cautious. So we can’t take it personally.

If we think it’s all about us, we are prone to grow defensive, and then communication breaks down. If we truly want to serve others, we need to recognize the brokenness and baggage of the past on both sides, as well as the need for healing. And we must learn to accept that while wounds can be inflicted in seconds, healing takes longer — sometimes years, sometimes generations.

The apostle Paul put it this way:

Be completely humble and gentle; be patient, bearing with one another in love. Make every effort to keep the unity of the Spirit through the bond of peace. – Ephesians 4:2-3

Humility. Patience. Work. These are the keys to demonstrating the love of God. It takes patience to bear with one another in love, but that’s exactly the kind of love broken people need to see if they are to have any hope of trusting once again. If I had to do it all over again at Minnie Street, I would have worked much harder at building fewer but deeper relationships at the very beginning of our work there. It’s impossible to build twenty relationships in a community at the same time and expect them all to be significant.

The secret is not the number of relationships, but the depth of the relationships. Focused commitment to two or three demonstrates genuine care and concern. By God’s grace, they can even become a platform for reaching others. Why? Because when people get to know you — really get to know you — their trust will not be in your programs or in your declarations of good intentions. They will trust you. In trust, friendship is born. And friendship opens the door for God to work.

Excerpted from Love Without Walls: Learning to Be a Church in the World for the World by Laurie Beshore, copyright Zondervan, 2012.

Pastors, join the conversation on our blog! We would love to hear from you about your outreach ministry and serving the poor and needy in and near your community! 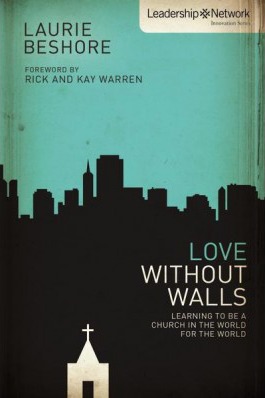