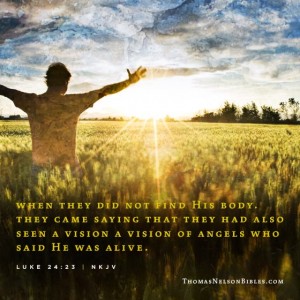 After rising from the dead, Jesus appeared early on Sunday morning to Mary Magdalene, whom he had delivered from seven demons. She went to his former companions, now weeping and carrying on, and told them. — Mark 16:9–10 (MSG)

Can you imagine what that moment was like for Mary Magdalene as she knelt at the entrance to the empty tomb, weeping? Jesus had saved her life, and then she had watched as he was beaten and executed. Now this was all she had left, the bitter blessing of anointing his body with myrrh and aloe, but even that had been taken away from her.

In agony of soul, she reached out to a stranger for help . . . and found herself at the wounded feet of Christ, who spoke her name. There is something so deeply personal and intimate about hearing someone say your name.

I don’t know how you view your life or the events that have brought you to where you are today. I don’t know how inadequate you may feel or what physical ailments you may have. But I do know that there is nothing about your life that is an accident. When we look only at external circumstances, we are in danger of missing the whole point of the miracle and gift of the life we have been given.

After the death and resurrection of Christ, Pilate was still in power, Herod still ruled, and the Roman soldiers still rode their horses through the streets of Jerusalem—but everything had changed.

When you know that the God who holds the universe in place knows all that is true about you and loves you enough to die for you, how could life ever be meaningless again?

Father God, I am overwhelmed by the great love that you show to those of us who feel we do not measure up. Thank you that Jesus showed everyone that he loves and values us. In his precious name, amen.

Share your praises this Easter weekend for the death and resurrection of Jesus Christ. He is surely alive! Leave a comment below – we’d love to hear from you! 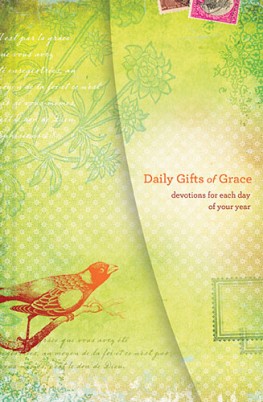