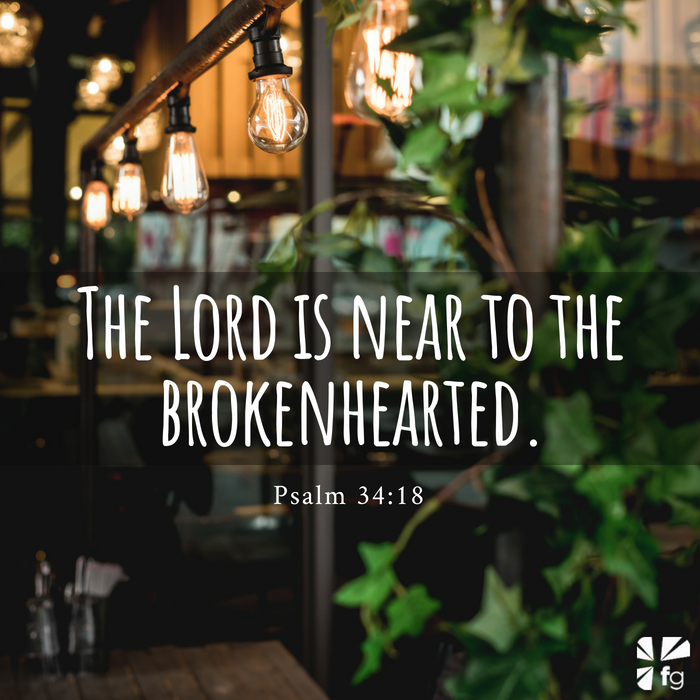 There Will Be Blood

Pain is a microphone. And the more it hurts, the louder you get.

Suffering isn’t an obstacle to being used by God. It is an opportunity to be used like never before.

This truth leaps off the pages of Scripture again and again and again. Joseph suffered for years as a prisoner for crimes he didn’t commit, but it only made him louder. In the end he was raised to the right hand of Pharaoh and put in a position to save the lives of his brothers, who had tried to kill him (Genesis 45:5).

Esther went through the unspeakably difficult trial of becoming an orphan when both her parents died (Esther 2:7). Yet her adoption by Mordecai set into motion the events by which she would become queen of Persia and prevent a holocaust.

David was forced to go on the run, like Harrison Ford in The Fugitive, while he was hunted by his lunatic of a father-in-law, Saul. David was homeless, living in and out of caves in the wilderness of Israel, and yet it was in those caves he poured out his heart to God in worship (1 Samuel 23–24, 1 Samuel 26). His greatest praise came from his darkest days.

When the apostle Paul was saved, a prophecy was given to Ananias, who had the unique challenge of discipling this recently converted terrorist. God told him that Paul would stand before kings, gentiles, and the nation of Israel and that he would suffer many things for Jesus’ sake (Acts 9:15–16). There are two elements there that we must not miss: (1) Paul would be used powerfully, and (2) Paul would suffer greatly. But I believe those are actually two sides of the same coin that exists within every calling. It would be while he was suffering for Jesus that he would do the great things (speaking to the Jews, speaking to the children of Israel, and speaking to kings).

Here’s where this concept comes to your front door. Just as Ananias was to tell Paul that he was a chosen vessel, so you are part of a chosen generation. No ordinary child. You are royalty, remember? A unique part of God’s forever family. But there’s a catch: just like Paul, you will suffer many things on the way to your destiny being fulfilled.

Pain is guaranteed. The Bible says that the rain falls on the evil and the good alike (Matthew 5:45). Part of living on this fallen planet cursed by sin is that trials are inherent. That’s just the way it is.

What about for the child of God? What happens when you give your life to Jesus Christ? The difficulties ramp up to a whole other level.

Jesus said that He wants us to shine brightly. He didn’t just say,

You are the light of the world. — Matthew 5:14, emphasis added

Daniel said that those who turn many to righteousness will shine like the stars forever and ever (Daniel 12:3). Guess what? God wants to make a star out of you. That’s wonderful — but as the great theologian Spider-Man said, “With great power comes great responsibility.”

The enemy is not going to let you capture his flag without some serious flak. When you stand up as a Christian, attempt to share your faith, and live to see lost people won, you’ll invite suffering, persecution, and opposition your way. This is why Paul told Timothy,

All who desire to live godly in Christ Jesus will suffer persecution. — 2 Timothy 3:12

Adversity is going to happen. In fact, it’s part of your calling. We’re told in 1 Thessalonians 3:3,

No one should be shaken by these afflictions; for you yourselves know that we are appointed to this. (emphasis added).

Jesus warned His followers that the world hates Him, and if you’re trying to follow Him, the world’s going to hate you too.

The Bible calls us kings and priests (Revelation 1:6). An interesting thing that a king and a priest have in common is that, in Old Testament times, both had to be anointed. They went through a symbolic ritual of being smeared with oil to show that they were set apart for the platform, the microphone they were called to.

A king couldn’t take the stage, the mantle of authority of leadership, without being anointed. Priests had to regularly be anointed and consecrated into their service. That’s why it’s striking that before Jesus, who is both King and Priest forever, went to Calvary, he first went to the Garden of Gethsemane.

Gethsemane means “olive press.” Olive oil is made by pressing olives with a giant stone until the oil runs out. Because olive oil was used in the anointing process, olives had to be crushed so that someone could be anointed. There could be no anointing without a crushing.

Beyond the actual ceremonial oil, Scripture says that there in the Garden, Jesus knelt down and was in such agony, under such great pressure, that he began to sweat great drops of blood (Luke 22:44). At Gethsemane we see Jesus being crushed before going to the cross. The cross was His stage, the nails the proof of His love. He was willing to take up that dreadful microphone, to use the influence He had been called to:

But getting there meant first being pressed like an olive. There are no shortcuts; you simply cannot get to Calvary without going through Gethsemane. You and I have not been called to die for the sins of the world, but we do have a divine assignment, a mission we’ve been called to fulfill. And to fulfill it we must be crushed; we must be pressed if we are to see it accomplished. We cannot be used in a great way without experiencing pain. A. W. Tozer wrote, “It is doubtful whether God could ever bless a man greatly until He has hurt him deeply.”1

Your calling involves suffering. There’s no way around that.

But be of good cheer. There is a connection between the strength of our pain and volume of our voices. Jesus said in John 12:32,

And I, if I am lifted up from the earth, will draw all peoples to Myself.

The more we hurt, the louder we become.

This is why, though it is tempting, you must not be selfish with your pain. The things God deposits in your spirit in the midst of suffering are the same things that someday other people will desperately need.

When you’re going through a trial, it’s easy to block out other people who are hurting. You might think, I can’t worry about them. I’m sorry other people have it bad, but I’m just barely coping. I’m hanging on by a thread. I could hardly get out of bed this morning, so I just need to focus on me right now. No one will blame you. But you are wasting the anointing oil your crushing produced. If you would be willing to step out in faith and serve other people when you’re in the fire yourself, you will find a huge boost in volume, because you are plugged into a microphone called pain.

There are two reasons why your volume gets louder as life gets harder. First, when you’re going through a great time of trial, people around you tend to get quieter. Their voices hush out of respect.

Smart people walk on tiptoe around hearts that are on fire.

When you’re a Christian and you’re going through a great time of difficulty, you will notice that those around you who don’t know Jesus Christ — especially those you’ve shared your faith with before — will lean in extra close. Their ears perk up. They want to see if what you have advertised is going to prove true in the product demonstration. You told them that Jesus is the light of your world. Well, now your power has been cut, and they want to see if you can glow in the dark. You’ve told them that Jesus is the anchor for your soul; He is the solid rock you can stand on. Now everything around you is giving way, and they want to find out if you’re going to sink in the sand. If they do see your claims proven true, you’ll find a greater willingness on their part to trust Christ in their own lives.

The second reason your volume gets louder when life get harder is because in trials, you can hear God better. Why is this? Because He comes closer! That’s what we find in Psalm 34:18:

The Lord is near to those who have a broken heart.

You’re actually better fit for ministry in the crucible of pain.

You have a stronger voice to project and to declare, and it’s easier to belt from the diaphragm of your soul when you’re hurting. It’s counterintuitive, but in the middle of my hardest mess, I’ve found ministry to be a great strength waiting to be tapped into. It was welling up within me — a greater desire than ever before to tell the whole world that Jesus Christ can turn off the dark — because I experienced it myself. Right there, at ground zero, in the valley of the shadow of death. As hard as it was to claw our way through on hands and knees in those moments, Jennie and I found that when we poured our pain into ministry, whole new levels of usefulness opened up.

There’s perhaps no time you are as powerful as when you minister in the midst of pain.

Excerpted with permission from Through the Eyes of a Lion by Levi Lusko, copyright Levi Lusko.

Are you in pain? Are there people in your life who are listening? What is God shouting to you in this season of suffering? Remember that the Lord is near you in your brokenheartedness, He understands suffering, and you have the opportunity of ministering in a totally unique way, with far greater power through your trial. How have you seen the Lord speak through your life during times of great pain? How have you been ministered to and strengthened by others during a time of their own great suffering? Come share with us on our blog. We want to hear from you. ~ Devotionals Daily