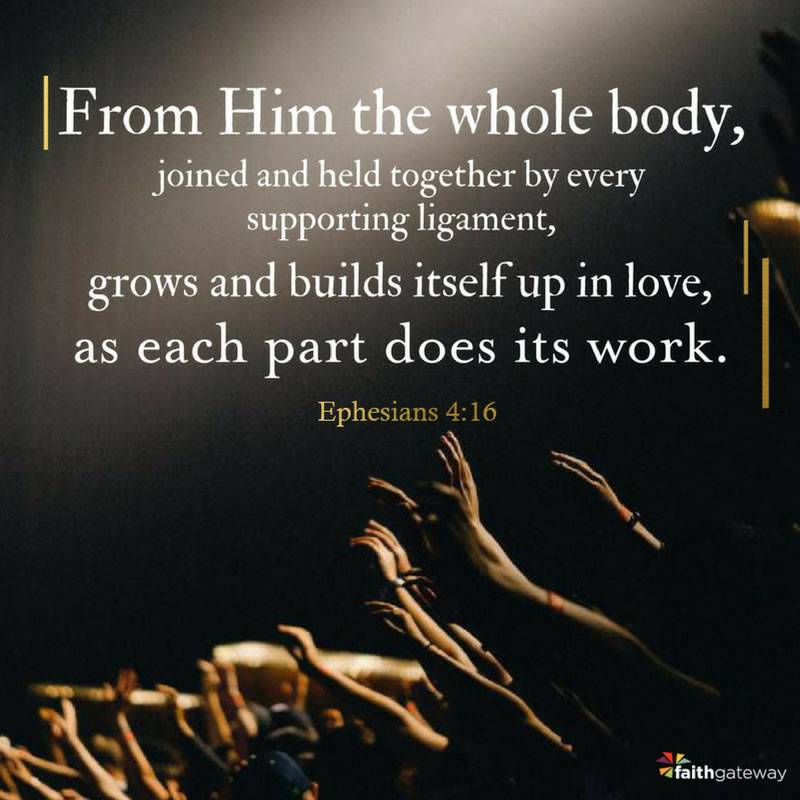 And we know that in all things God works for the good of those who love Him, who have been called according to His purpose. — Romans 8:28

Does anyone write letters anymore? I’m not talking about business memos or quick notes on Post-its, but personal, handwritten letters to someone you care about. In this age of e-mail and texting and tweeting, receiving an old-fashioned letter seems about as common as finding a message in a bottle.

I love it when I get a letter in the mail, though. It doesn’t happen often, but every now and then, among the bills, junk mail, and the flyer for the new fitness center down the street, I find a hand-addressed envelope with a letter inside. Often it is from an older person, someone who views Facebook as a nice way to see pictures of their grandkids but not the proper way to correspond about meaningful topics. I can’t tell you how my heart sort of jumps when I see a letter like that addressed to me. I feel amazingly special!

A friend of mine told me how, when his daughter was in college, he regularly mailed her letters. Today she is a married woman with young kids and is at the front end of a legal career — smack-dab in the middle of a generation that grew up in the digital age of e-mail rather than snail mail. When her dad quit sending her letters, she called him and pleaded, “Daddy, please keep sending me real mail.”

It is just this kind of real mail that has helped us as followers of Jesus learn how to live in a way that reflects God’s values. As Paul traveled throughout parts of Asia, southern Europe, and the Middle East, he wrote letters to the new believers he left behind. Many of these believers — especially the Gentiles — had no clue about God and how He wanted them to live. Paul knew that if they simply professed a belief in Jesus but did not live according to His values, none of their friends and neighbors would be particularly motivated to join them in adopting their new belief system.

The way we live is often our most convincing message,

and these new believers had to change the way they lived to conform to God’s standards. This isn’t always an easy thing to do. Like a sculptor who envisions a beautiful statue inside a slab of marble, we must view our lives as works of art in progress that require some chiseling.

The goal for us as followers of Christ is to let the Master Artist chisel away anything in our lives that doesn’t look like Christ. Paul put it this way:

Follow God’s example, therefore, as dearly loved children and walk in the way of love, just as Christ loved us and gave Himself up for us as a fragrant offering and sacrifice to God. — Ephesians 5:1-2

We want to grow more like Jesus out of our passionate response to the amazing height and depth of the love that God has for us. Enough to send His only Son to die for us. Enough to work through the countless details and millions of threads that knit our Lower Story to His Upper Story to form one seamless Divine Epic.

In at least one way, Paul’s time in prison was a blessing because it gave him time to write.

Once, when he was under house arrest in Rome, he wrote four letters we now appropriately call the “Prison Epistles” (epistle is an old-fashioned word for “letter”). One, called Philippians because it was written to the believers in the city of Philippi, offers practical guidance about attitude and behavior and includes nuggets such as these:

How could anyone in jail write from such a positive perspective? Paul could, because he had been chiseled to look like Christ Jesus.

In Christ, our circumstances do not dictate our joy; our relationship with and hope in Christ do. In fact, it is often how we live when our circumstances are at their worst that either attracts or repels others.

In another letter to the believers in the city of Ephesus, Paul warns against the kinds of behaviors that don’t reflect the values of God’s community: falsehood, bitterness, anger, slander, sexual immorality, greed, foolish talk, drunkenness. (Ephesians 4:25, Ephesians 4:31; Ephesians 5:3, Ephesians 5:4, Ephesians 5:18.) He knows that if followers of Jesus live just like those who do not know Jesus, no one will want to become a part of God’s community. To help these new believers understand, he talks about taking on a new attitude, much like you would put on a new set of clothes:

You were taught… to put off your old self, which is being corrupted by its deceitful desires… and put on the new self, created to be like God in true righteousness and holiness. — Ephesians 4:22, Ephesians 4:24.

In the same letter, he addresses a problem that plagued the early church and continues to create problems for us today: getting along with each other. In Paul’s day, the rifts were between Jewish believers and Gentile believers. Today in our denominations and other groupings of believers, sometimes we don’t play nice together. Here is what Paul has to say:

Christ Himself gave the apostles, the prophets, the evangelists, the pastors and teachers, to equip His people for works of service, so that the body of Christ may be built up until we all reach unity in the faith and in the knowledge of the Son of God and become mature, attaining to the whole measure of the fullness of Christ.

Then we will no longer be infants, tossed back and forth by the waves, and blown here and there by every wind of teaching and by the cunning and craftiness of people in their deceitful scheming. Instead, speaking the truth in love, we will grow to become in every respect the mature body of Him who is the head, that is, Christ. From Him the whole body, joined and held together by every supporting ligament, grows and builds itself up in love, as each part does its work. — Ephesians 4:11-16

We are all part of the same body — the body of Christ. We are to come together as one, in complete unity. We are to value each other and use our unique gifts, like a body uses its different parts, to accomplish God’s Upper Story purposes.

All too soon, Paul’s mission on earth came to an end. One of the great tragedies of the early church is that so many of its pioneers were killed because of their beliefs. Most of the remaining eleven disciples were martyred for teaching others about Jesus. According to tradition, Peter was crucified upside down. During his third and final visit to Rome, Paul was arrested and thrown into a wet, dark dungeon. He knew he wasn’t going to make it out; it was time to pass the baton to the next generation to run the race set before them. So, he began to write more letters.

Two of these letters went to Timothy, a young man who had accompanied Paul on his first missionary journey and was like a son to him. In these short letters, we can sense Paul’s urgent desire to make sure that Timothy remains strong in the faith. He urges Timothy to “fight the good fight” of contending for the faith, just as Paul himself has “fought the good fight… finished the race… kept the faith.” (1 Timothy 6:12; 2 Timothy 4:7, The Story, p. 458). As the memory of Jesus faded, many false teachers appeared on the scene to try to start their own movements, and Paul knew Timothy would be challenged.

From a Lower Story perspective, following Jesus can be risky. Not everyone wants what you’re selling, and even today, people who follow Jesus face persecution, imprisonment, and even death. Paul persevered because he knew what awaited him in the Upper Story. In one of the most moving passages of this letter, he offers us this beautiful explanation of why we should never let anything keep us from serving God:

For I am already being poured out like a drink offering, and the time for my departure is near. I have fought the good fight, I have finished the race, I have kept the faith. Now there is in store for me the crown of righteousness, which the Lord, the righteous Judge, will award to me on that day — and not only to me, but also to all who have longed for His appearing. — 2 Timothy 4:6–8 (The Story, p. 458).

According to historians, it wasn’t long after he finished this letter that Paul was beheaded.

Apparently, Paul’s letters to Timothy gave him all the encouragement he needed. Not only did he carry on Paul’s mission by sharing the good news with others; he got thrown in jail for doing it. We don’t know for sure if Paul knew about the experiences of his young partner in ministry, but if he did, I’m sure it brought a smile to his face as he sat in the dungeon awaiting his execution. If Timothy went to prison, it meant that he had stood up for his faith. Timothy was going to be just fine. God had raised up the next generation to carry the torch of Jesus’ great love with great boldness.

All of us who have embraced the gospel of Jesus Christ and have become a part of this new community called the church.

And we need to be like Timothy — standing firm in our beliefs despite the efforts of others to discredit us and our message. Like the mentor Paul, we need to be able to say,

and boldly live according to God’s values, always prepared to explain the gospel when people ask us why we are different.

Most of all, we need to grow. We need day by day to become more like Jesus. We need to let God chisel away anything in our lives that doesn’t look like Jesus until others will be able to see Him in us and decide to follow Him too.

Do you still write real letters? Has anyone been an influential letter writer in your life and has shaped your faith through real mail? Come join the conversation on our blog! We want to hear from you about following in the Apostle Paul’s footsteps to share Jesus all the way to the end!