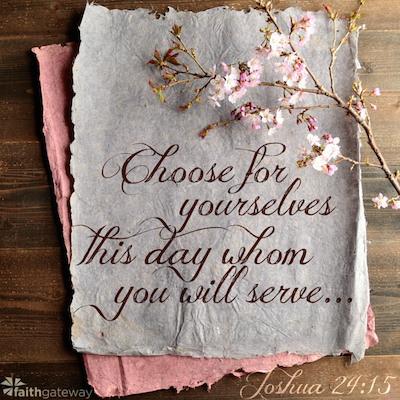 Those who had arrested Jesus took Him to Caiaphas the high priest, where the teachers of the law and the elders had assembled. But Peter followed Him at a distance, right up to the courtyard of the high priest. — Matthew 26:57-58

I’d been a follower of Christ for just over a year, having dedicated my life to Him at a youth retreat. It was an exciting time of growth but also a time of sorrow. I lost friends because I had no desire to engage in activities or conversations that wouldn’t honor my God.

So I clung to my Bible and rushed home after school each afternoon eager to read more. I desperately wanted to know how to live this new Christian life in a way that made Jesus proud.

Despite my sincerity, the day came when I felt I had failed God. A new group of kids at school had taken me in, and they challenged my faith. They asked hard questions about God’s existence and were eloquent in arguing that he didn’t exist. So the normally chatty me often became silent. There were times when I should have said something, but I remained painfully wordless.

I was distressed over my silence, but one evening I ready Matthew 26:58: “But Peter followed Him at a distance…” That was me! I followed Jesus, but often at a distance, not wanting others to label me a “Jesus Freak”. That night I decided to step out of the shadows. I wanted to be so closely associated with Jesus that the opinion of others didn’t matter.

As I read more of Peter’s life, I witnessed his three-time denial, his sorrow, his repentance and eventual boldness for Christ. The once hesitant disciple became a world-changing servant of God.

Just weeks later, our youth group took a personality test that matched each of us with a Biblical character. My result came back: I was like Peter! It confirmed my decision to learn to follow Christ boldly, just as Peter had.

The world is watching, and we all have a choice to pursue Jesus closely… or at a distance.

Our neighbors and co-workers are taking note of our life as believers. So how are you living out your life and faith? Are you pursuing Jesus closely or at a distance? Join the conversation on our blog! We’d love to hear from you! ~ Devotionals Daily