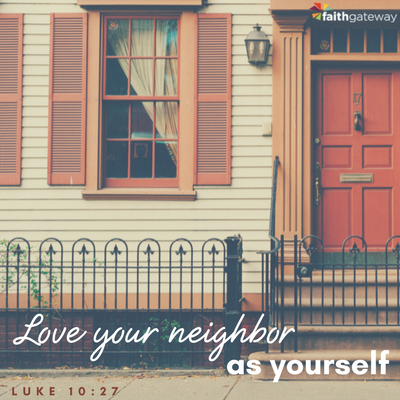 Around 5:00 a.m. on September 2, 2015, Turkish authorities near Bodrum, a coastal city in Turkey, began to receive calls that a boat had capsized. One investigator on the scene saw what looked like blue and red articles of clothing washed up at the shoreline. As he drew near, he realized it was the drowned body of a three-year-old boy. His name was Alan.

The mass migration caused by the war in Syria and Iraq was a crisis long before Alan’s dad put him in an overcrowded raft the night before. Most major news outlets were already covering the story, calling it the worst refugee crisis since World War II. For over a year, stories of refugees drowning, images of infants with hypothermia being wrapped in blankets by Greek rescue workers, and aerial videos of Exodus-long caravans moving across Turkey will filling media outlets. The refugee migration was news, but for some reason the world wasn’t paying attention. But then this still image of Alan emerged and everything changed. His small body pierced through people’s news feeds and conscious with a fierce and furious power.

This image had caused the world to view the migrant crisis with something far more powerful and spiritual than mere pity. For the first time the world felt parity.

Alan was lying on that beach in the same position that millions of other toddlers were sleeping in at that very moment all over Europe. Alan’s little body lay face down, his head turned slightly to the left, with his arms placidly tucked into his sides. The sweet and peaceful positioning of his small body there at the waterline expressed a false narrative that the entire world reacted to.  A photographer on the scene took a picture of Alan and submitted it to the newswires. Within twelve hours more than fifteen million people viewed the photograph. Within twenty-four hours the still image of the baby asleep on the beach was international news all because people felt as if they knew this little boy. He looked like us.

The natural response to the problems of people we don’t know is pity. We feel sorry for them and their unfortunate circumstance. Pity is defined in the Oxford English Dictionary as “the feeling of sorrow and compassion caused by the suffering and misfortunes of others.” Pity is merely a feeling.  Alan captured far more than our feelings. He made us see his situation through the lens of our own children. We were looking at our own child, our own nephew, our own grandson on that beach. I’ve watched my son sleeping that exact same position countless times. I’ve stood over his crib, mesmerized with love and gratitude to the Almighty for trusting me with such a miraculous gift. Parents universally look at their children while they sleep. That common feeling of parental love is what the world felt when it looked at Alan’s still body. Parents from all over felt that warm, deep love that we have for our own children, while also wrestling with the reality that this was someone else’s child who had perished while fleeing from terrorists.

I grew up reading the parable of the Good Samaritan (Luke 10:25-37) as a teaching about pity, when in fact it’s really about parity. This is a story about two people with very little in common other than the fact that they were both made in the likeness of God. Our ability to participate in solving the problems of others is a blessing if we truly see ourselves in others. When we simply act out of feeling sorry, instead of parity, we miss out on our own spiritual development.

Parity is a spiritual practice of dismantling our sense of entitlement, and bending our ear towards the voice that knows both us, and those we pity, intimately.

Somewhere along the way our society became convinced that feelings are an accomplishment, that our pity somehow has purchase in an unfair world. We want to believe that our pity, whether felt internally or posted to our social network, actually accomplishes something. When those we love are in trouble, do we just feel pity? Do we just feel sorry for them? No, we want to help them because they are our people, and our equals. And what happens to our people affects us. This feeling of mutuality we share with ‘our’ people is parity — the state or condition of being equal. When my son hurts his knee, I don’t have pity on him, standing at a distance feeling sorry for him. I get involved with his pain and help him because we have parity. His pain is my pain.

Pity is kind, and sometimes it’s where we start, but pity alone is not very helpful. More important, we ourselves don’t want people’s pity; we want parity.

Wouldn’t you rather be understood than felt sorry for?

We were not called for pity, but for parity. We were made to view the problems of others with the same importance as we see our own. Of course, this isn’t natural. That’s why parity is spiritual practice. Parity is the practice Christ taught in Luke 18:16 when he called the children to Himself, a socially marginalized group, and said the Kingdom of God belonged to them. I’m certain He meant for this to include kids like Alan too. This upside-down kingdom, that we all get to participate in, means our first world desires for purpose can be leveraged for the desires of others for who merely want a safe place to raise their children. How amazing is this upside down kingdom parity practice that offers blessings to both givers and recipients?

What would happen if our pity took on personality and became parity? What might we, the Church of Jesus, do? Come share your thoughts on our blog. We want to hear from you about having a heart of active compassion for the world in suffering. ~ Devotionals Daily