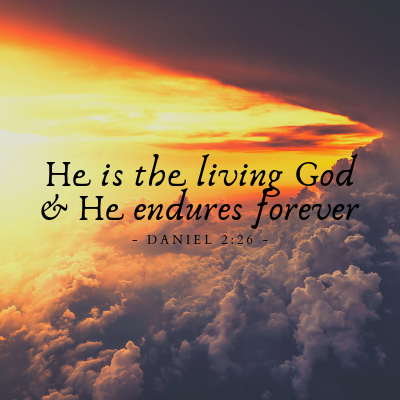 Is faith a gift that some people have been given and others have not?

No, faith is a choice. There’s an old story, a favorite of mine, about a veteran tightrope walker who, after demonstrating he could push a wheelbarrow filled with sand across Niagara Falls on a tightrope, asked the applauding crowd for a volunteer. No one moved. Finally, a little old man in the back raised his hand, stepped forward, and offered, “I’ve seen what you’ve done, and I’ve heard what you’ve said. I believe you can push me across, so I’ll do it.”

Everyone in the crowd held their breath and strained to watch as the wheelbarrow was rolled over the falls and back again. On the final return, the roar of the crowd was deafening as the old man emerged from the wheelbarrow. The acrobat gallantly bowed, saluted, smiled broadly, and said, “Thank you, sir, for your faith in me.”

The point of the story, of course, is that while everyone in the crowd had said they believed the tightrope walker could carry a man across the falls in his wheelbarrow, only the little old man demonstrated real faith by climbing into the wheelbarrow.

Real faith is more than just words or rituals or going to church or believing there is a God. Real faith backs up words with actions. (James 2:17) By choice.

Confident Faith Is a Choice

Daniel is Exhibit A of a man who demonstrated real faith in his choices. He not only said he believed, but he backed up his words with death-defying actions. We are not told when he originally chose to believe, but all indications are that it was during his early years growing up in Jerusalem. By the time he walked on the stage of world history as a teenager, his faith seemed remarkably well developed.

Daniel’s first death-defying act recorded in Scripture took place when he arrived in Babylon. In an effort to uproot him from his past and remold him according to Nebuchadnezzar’s pleasure, he was immediately plunged into an intense, three-year brainwashing regimen. Daniel was stripped of his Hebrew name, which meant “God is my judge.” The new name assigned to him, Belteshazzar, was intended to give him a Babylonian identity, one paying tribute to a pagan Babylonian god.

At the same time, more than likely, he was also stripped of his masculinity, since his immediate supervisor was described as the “master of [the] eunuchs,” implying Daniel was one (Daniel 1:3 NKJV). This was surely intended to force Daniel into a subservient position of humiliation, underscoring that he would have no personal life at all; his only purpose was to serve Nebuchadnezzar.

While it was impossible for Daniel to prevent the changing of his name or his emasculation, he drew the line at being forced to eat the king’s food that had first been sacrificed to idols. To do so was an indirect way of giving tribute to them and effectively denying his own God. So he

Although Ashpenaz, the chief eunuch, personally liked Daniel, he reacted strongly, explaining that to reject the food assigned by the king himself was to place all of their lives in grave danger. Daniel could so easily have told God, Well, I tried. You know in my heart I’m not giving tribute to these gods, but I have to survive. But Daniel did not back down. Not even a little. Having made the choice not to defile himself, the only alternative he could think of was to place his life in God’s hands. So Daniel went to his guard and suggested a test: Serve me and my three friends a different diet, free of the association with pagan gods. After ten days, if we are not better off than the other young captives who eat the king’s food, you can do whatever you choose (which implied the guard could execute them all for insubordination).

looked healthier and better nourished than any of the young men who ate the royal food. – Daniel 1:15

They remained on that diet, and three years later, when the king himself gave them their final exams, these young men were found to be ten times better off than all their advisors and professors.

Daniel had put God to the test.

God came through for him in such a way that Daniel’s faith surely grew. Which was a very good thing, because his faith was again tested when King Nebuchadnezzar had a series of deeply disturbing dreams. The king threatened to kill every wise man in the kingdom unless someone could both interpret what he’d dreamed and describe what he dreamed.

None of his counselors could do so, but when Daniel learned of the situation, he requested an audience with the king. Surely bolstered by his earlier experience of God’s faithfulness, Daniel once again acted on his faith in the living God. And once again, God came through. By the morning light God had given Daniel the dream and the interpretation. When Daniel went to the king, Nebuchadnezzar’s eyes must have narrowed as he skeptically asked,

Are you able to tell me what I saw in my dream and interpret it? – Daniel 2:26

No wise man, enchanter, magician or diviner can explain to the king the mystery he has asked about, but there is a God in Heaven who reveals mysteries. He has shown King Nebuchadnezzar what will happen in days to come. – Daniel 2:27-28

Then Daniel proceeded to describe the dream and its meaning. The king was astounded! More significantly, God was glorified as Nebuchadnezzar acknowledged that Daniel’s God is the God of gods and the Lord of kings. And Daniel was honored by being made ruler over all of Babylon.

It was during the reign of Darius that Daniel was given perhaps his most dramatic opportunity to climb into the wheelbarrow.

Darius appointed Daniel as one of his three top officials. But Daniel was so exceptional that Darius planned to make him second in command over the entire king- dom. The other rulers were jealous and began a private investigation of Daniel in hopes of finding something they could smear him with in the eyes of the king. They found nothing, except that three times a day Daniel went into his upstairs room, opened his window toward Jerusalem, and prayed.

The rulers went to Darius with flattering words and convinced him to issue a decree that people could only pray to him. Being fed to starving lions would be the penalty for disobedience.

Daniel didn’t flinch. As always, he opened his window toward Jerusalem and continued praying three times a day. Sure enough, his enemies saw this and ran gleefully to report to the king.

Darius was genuinely distressed because Daniel held great favor with him, and yet the law he had signed into effect was irrevocable. So Daniel, the man of God who had served Babylon and Persia with such exceptional distinction, was thrown into the lions’ den as the king himself uttered a type of prayer:

May your God, whom you serve continually, rescue you! – Daniel 6:16

The king himself seemed to “catch” Daniel’s bold, confident faith – because faith is contagious, isn’t it?

Darius tossed and turned all night. He could not eat and he could not sleep. Early the next morning, Darius ran to the lions’ den, calling out,

‘Daniel,… has your God, whom you serve continually, been able to rescue you from the lions?’ Daniel answered, ‘O king, live for- ever! My God sent His angel, and He shut the mouths of the lions. They have not hurt me.’ – Daniel 6:20-22

The overjoyed Darius scooped Daniel up out of the den and immediately executed the men who had hatched the plot. He then proceeded to issue a decree that everyone in his kingdom was to fear and reverence the God of Daniel. Listen to Darius’ testimony:

He is the living God and He endures forever; His kingdom will not be destroyed, His dominion will never end. – Daniel 6:26

Which makes me wonder what my choices really reveal. When I pray, God, be glorified in my life, do I truly mean it? If you and I rarely exercise our faith, how can we be surprised when it’s too weak to be contagious?

Are you pleading with God with confidence? In your daily life, from average situations to extremely needy circumstances we can ask the Father for what we need with confidence that He will have our backs! Come share your thoughts on confidence in God on our blog. We want to hear from you! ~ Devotionals Daily 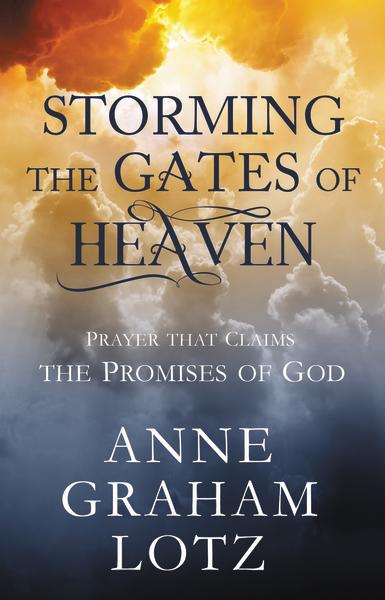