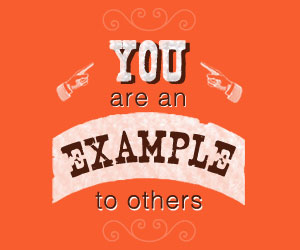 Join with others in following my example, brothers, and take note of those who live according to the pattern we gave you. — Philippians 3:17

One of the reasons God may have chosen Paul to write most of the New Testament is that he wanted us to know him well. The Holy Spirit may have wanted us to grasp Paul’s thinking, motives, attitudes, and choices all the way from the book of Acts through his epistles. Paul’s life ambition was evangelism, his focus was the cross, and his motive was Christ and Christ alone. No wonder the Spirit of God inspired Paul to say to us, “Join with others in following my example.” And Paul could say that without a hint of smug self righteousness.

Faced with accusers? Paul holds his tongue and points to the facts. Assaulted by hardships? He says they will all fit together for good. Confronted with injustice? He patiently states his case and moves forward. Slapped with false imprisonment? He sings praises to God in his cell. Harassed by death threats? He says it would merely send him home sooner to glory. Hounded by loneliness? Paul fixes his eyes on heavenly glories above.

Read the book of Philippians with an eye on Paul’s example. See how in Philippians 3:4–8 he lists all his religious credentials and then calls them “rubbish.” Not only did he consider his religious achievements and awards worthless, he thought they were damning (there is nothing God hates more than a religious spirit). Follow Paul’s example. Let’s not take pleasure in our regular church attendance or pride in how many committees we serve on. Let’s take pleasure in pleasing Christ and Christ alone.

Remember, you are an example to others — whether for good or bad.

Lord God, thank You for the example of godly men like the apostle Paul. Help me to learn from his life and make the Cross my focus, evangelism my motive, and the glory of Christ my goal.

It’s easy to get caught up in Check List Christianity, mentally checking off church attendance, going to Bible study, or serving in children’s ministry and feeling confident in our religious credentials. But Paul’s godly example is pleasing Christ and Christ alone – and in doing so, you are an example to others.  What are your thoughts on this message? We would love to hear from you. Please leave your comments on our blog! 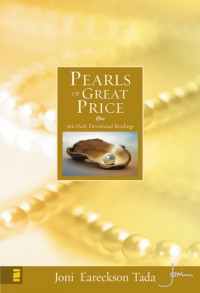