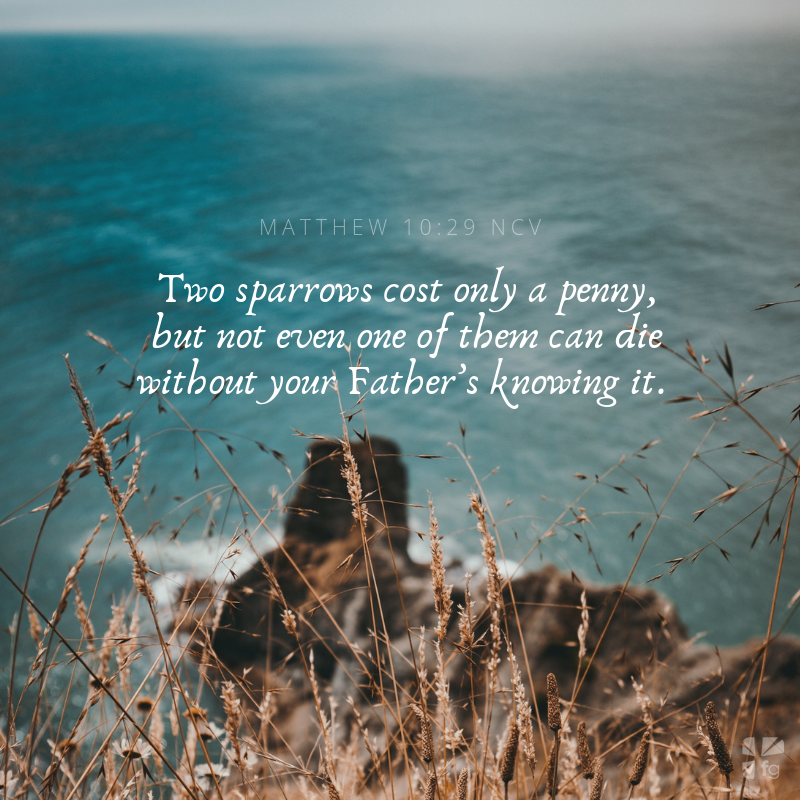 IT looms over life. Two towering letters, tall and defiant. IT! They march like Frankenstein’s monster. Each step a thud. Each thud an earthquake. Clomp. Clomp. Clomp. IT! IT! IT!

IT overshadows and intimidates everyone — everyone, that is, except people who take IT to Jesus. People like the Roman soldier.

He was a centurion. He held unquestioned authority over his men. Yet there was something special about this particular officer. He loved his servant.

‘Lord, my servant is lying at home paralyzed, dreadfully tormented.’ And Jesus said to him, ‘I will come and heal him’. — Matthew 8:6-7

The soldier’s prayer was unembroidered. He simply stated a fact: “My servant is lying at home paralyzed, dreadfully tormented.”

That was enough to set Jesus in motion. He turned and immediately began to walk in the direction of the centurion’s house. But the officer stopped him.

Lord, I am not worthy that You should come under my roof. But only speak a word, and my servant will be healed. For I also am a man under authority, having soldiers under me. And I say to this one, ‘Go,’ and he goes; and to another, ‘Come,’ and he comes; and to my servant, ‘Do this,’ and he does it. — Matthew 8:8-9

The centurion understood the dynamic of authority. He was a man under authority and a man with authority. His superiors sent directives to him, and he obeyed. He gave commands, and his soldiers obeyed. They didn’t question his decisions. The Roman army respected the chain of command. The centurion knew authority when he saw it. And he saw ultimate authority in Jesus Christ.

“Only speak a word, and my servant will be healed.” [Jesus] marveled, and said to those who followed, “Assuredly, I say to you, I have not found such great faith, not even in Israel!.. Go your way; and as you have believed, so let it be done for you.” And his servant was healed that same hour. — Matthew 8:8, Matthew 8:10, Matthew 8:13

The centurion’s confidence in Jesus ran deep. Jesus could handle the request long distance. Just a word from Jesus would suffice. Jesus was stunned. Finally, His response implies, someone understands my authority!

He sustains everything by the mighty power of His command. — Hebrews 1:3

God exalted Him to the highest place and gave Him the name that is above every name. — Philippians 2:9

The Roman government tried to intimidate Him. False religion tried to silence Him. The devil tried to kill Him. All failed. Even “death was no match for Him” (Acts 2:24 MSG).

Jesus “disarmed the spiritual rulers and authorities. He shamed them publicly by His victory over them on the cross” (Colossians 2:15 NLT). He was not kidding when He declared,

All authority in heaven and on earth has been given to Me. — Matthew 28:18

Jesus is the command center of the galaxies.

Two sparrows cost only a penny, but not even one of them can die without your Father’s knowing it. — Matthew 10:29 NCV

He occupies the Oval Office. He called a coin out of the mouth of a fish. He stopped the waves with a word. He spoke, and a tree withered. He spoke again, and a basket became a banquet. Economy. Meteorology. Botany. Food supply.

All things have been handed over to me by my Father. — Matthew 11:27

That includes Satan. The devil was soundly defeated by Christ on the cross. Jesus outranks him in every situation. He must obey Jesus, and he knows it.

Prayers offered in the name of Jesus have “divine power to demolish strongholds” (2 Corinthians 10:4 NIV). Demolish! Not damage or hamper but demolish. Prayer falls on strongholds like lit matches on a grass hut.

The devil fears prayer. Imagine this scene. He sat in the back of the room during a strategy session. A dozen demons had gathered to hear a report on the life of a particularly stalwart saint.

“He won’t stumble,” groused the imp responsible for his demise. “No matter what I do, he won’t turn his back on God.”

The council began to offer suggestions.

“Take his purity,” one said.

“I tried,” replied the fiend, “but he is too moral.” “Take his health,” urged another.

“I did, but he refused to grumble or complain.” “Take his belongings.”

“Are you kidding? I’ve stripped the man of every penny and possession. Yet he still rejoices.”

“You must take his prayer.”

Prayer slaps handcuffs on Satan. Prayer takes problems out of the domain of the devil and into the presence of God. Prayer confesses, “God can handle IT. Since He can, I have hope!”

When we pray in the name of Jesus, we come to God on the basis of Jesus’ accomplishment.

Since we have a great high priest [Jesus] over the house of God, let us draw near with a true heart in full assurance of faith. — Hebrews 10:21–22

As our high priest, Jesus offers our prayers to God. His prayers are always heard.

Mark it down: IT won’t have the last word. Jesus will.

God raised [Christ] from death and set Him on a throne in deep heaven, in charge of running the universe, everything from galaxies to governments, no name and no power exempt from His rule. And not just for the time being, but forever. He is in charge of it all, has the final word on everything. — Ephesians 1:20–22 MSG

The phrase “In Jesus’ name” is not an empty motto or talisman. It is a declaration of truth: My cancer is not in charge; Jesus is. The economy is not in charge; Jesus is. The grumpy neighbor doesn’t run the world; Jesus, You do! You, Jesus, are the Head Coach, CEO, President, King, Supreme Ruler, Absolute Monarch, High and Holy Baron, Czar, Overlord, and Rajah of all history.

Since God is good, prayer is good.

I need help. Heal me and forgive me.

Excerpted with permission from Before Amen: The Power of a Simple Prayer by Max Lucado, copyright Thomas Nelson.

The health crisis in your life does not hold the power. Jesus does. Your marriage mess is not in charge. Jesus is. The teenager whose behavior is worrying you doesn’t rule the world. Jesus does! Pray! Praying in Jesus name has power. Come share with us on our blog what you’re praying the pocket prayer over. We want to pray with you! ~ Devotionals Daily