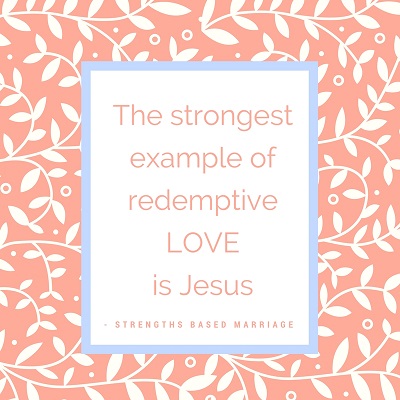 One of the most common complaints I have heard in more than thirty years of counseling is from one spouse who wants to improve the marriage when the other spouse isn’t interested. In most cases, it is a wife who desires to work on the marriage but her husband isn’t willing.

Most women are more naturally relational than most men. And because of that, 90 percent or more of all the marriage counseling I have done over the years has been initiated by women. Unfortunately many of these women are alone in their desire to improve their marriages.

Usually the marriage has had problems for quite a while. In some cases there have already been some failed attempts at marriage counseling, but now the husband has given up and isn’t interested. Sometimes the future of the marriage is in question. One or both spouses are considering separation or divorce.

The question is: Is there anything one spouse can do to redeem the marriage when it is on the rocks? The resounding answer is yes.

In chapter 4 I talked about the power of change and the importance of working on our own issues rather than believing that our spouses are the entire problem. When we change, our marriages change, and it is essential that we take responsibility for our part in the marriages.

In this chapter I will focus on the issue of redemptive love and how to act in a manner toward your spouse that has the greatest chance of changing your spouse and the marriage. To begin, I want to say something that is very important in the process of redemptive love: the best person does the right thing first!

But now I want to talk about the issue of redemptive love. The word redeem means to regain something that has been lost. In this case, it means to get our marriage back. Redemptive love is demonstrated by a willingness to do the right thing even though that willingness isn’t reciprocated.

The strongest example of redemptive love is Jesus.

He died for us before we were doing the right thing. Listen to what 1 Peter has to say about His example:

For to this you were called, because Christ also suffered for us, leaving us an example, that you should follow His steps: “Who committed no sin, nor was deceit found in His mouth”; who, when He was reviled, did not revile in return; when He suffered, He did not threaten, but committed Himself to Him who judges righteously; who Himself bore our sins in His own body on the tree, that we, having died to sins, might live for righteousness—by whose stripes you were healed. For you were like sheep going astray, but have now returned to the Shepherd and Overseer of your souls. — 1 Peter 2:21-25

Let’s take a look at the verses in 1 Peter that immediately follow the text we just read:

Wives, likewise, be submissive to your own husbands, that even if some do not obey the word, they, without a word, may be won by the conduct of their wives, when they observe your chaste conduct accompanied by fear. Do not let your adornment be merely outward — arranging the hair, wearing gold, or putting on fine apparel — rather let it be the hidden person of the heart, with the incorruptible beauty of a gentle and quiet spirit, which is very precious in the sight of God. For in this manner, in former times, the holy women who trusted in God also adorned themselves, being submissive to their own husbands, as Sarah obeyed Abraham, calling him lord, whose daughters you are if you do good and are not afraid with any terror. Husbands, likewise, dwell with them with understanding, giving honor to the wife, as to the weaker vessel, and as being heirs together of the grace of life, that your prayers may not be hindered. — 1 Peter 3:1-7

Immediately following the text about how Jesus redeemed us through His remarkable example, Peter applies this truth to marriage as he exhorts both wives and husbands to do the right thing first to redeem each other when things go wrong.

Women are told to be chaste and respectful to their husbands when they are doing wrong and won’t change. When it tells women to be submissive, it must be understood that men and women are equals. Submission is an attitude of humility and trust in God. A gentle and quiet spirit isn’t a mousy, beaten-down spirit. It is the spirit of a strong woman who trusts in a big God to change her husband. And because she trusts in God, she doesn’t have to act unbecomingly.

The promise to women in 1 Peter 3 is powerful. They are told that they can change their husbands without a word as they treat them better than they deserve while trusting in God. That is the essence of redemptive love.

Husbands are exhorted to redeem their wives by living with them in an understanding and honoring manner. This means men accept and respect the differences in their wives and don’t put them down or demean them. It also tells men to treat their wives as equals, as fellow heirs of the grace of life. And it tells men if they don’t treat their wives properly their prayers will be hindered.

The bottom line is that God takes it personally when we mistreat each other.

God loves our spouses and desires to love them through us — even when they aren’t doing the right thing. This doesn’t mean we should enable abusive or destructive behavior. That behavior requires tough love and occasionally some very serious action. However, this scripture addresses times when we are suffering because of the behavior of our spouses.

What do we do? We redeem them using Jesus’ example. Many of the greatest marriages I have ever seen, including my own, were the result of a godly wife or husband who had the courage and faith to do the right thing first and redeem the marriage.

Are you at a crossroads in your marriage? Do you feel like giving up? How can you reach out in love that is redemptive? Today, let’s be the ones to do the right thing first! Come share your thoughts with us on our blog. We want to hear from you! ~ Devotionals Daily