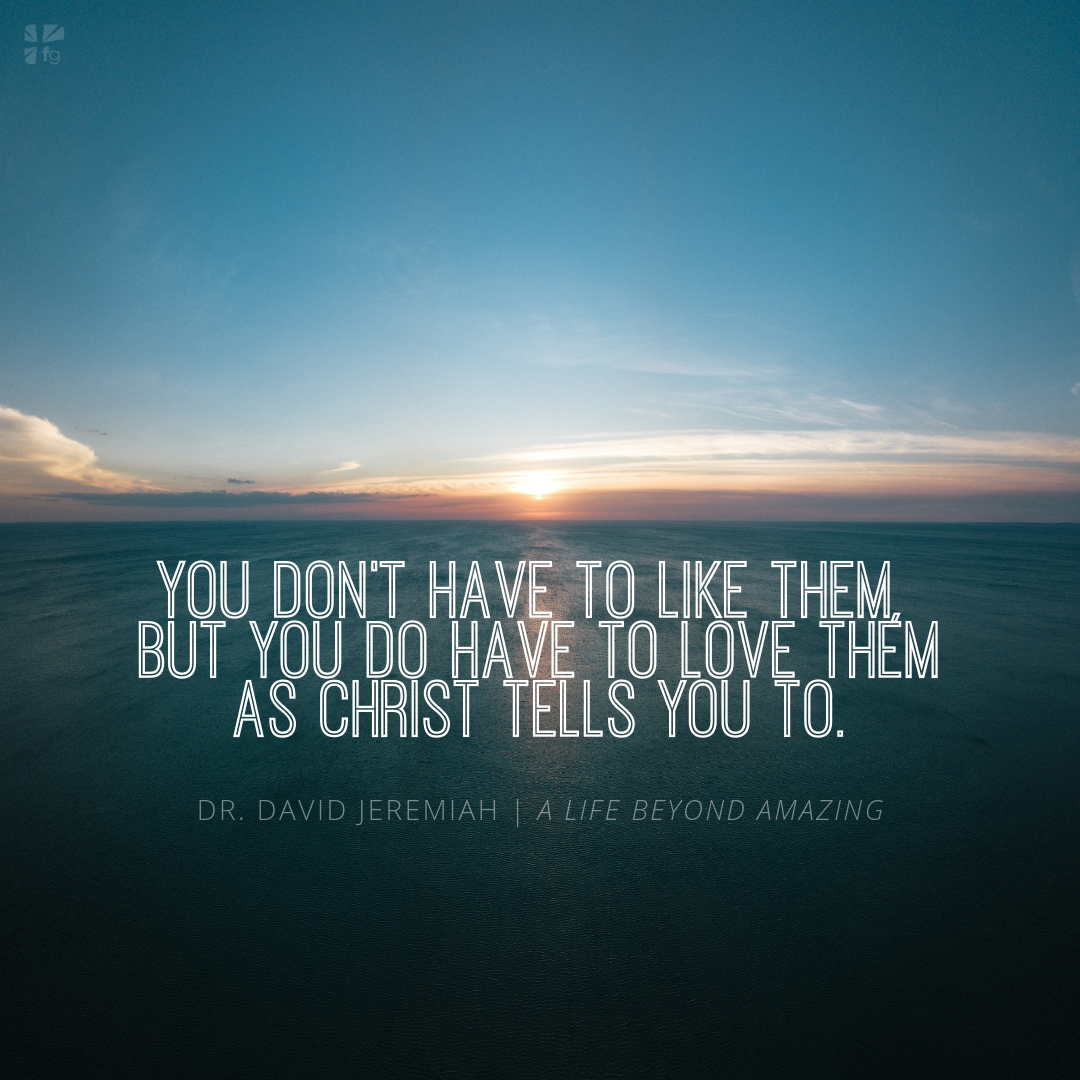 One of the most productive things we can do to pursue a life beyond amazing is to read Paul’s prayers for the churches he was involved with. He didn’t pray for greater attendance, bigger offerings, or even more people becoming Christians. When we examine his prayers, we discover something far more challenging.

For instance, to the Christians in Philippi, he said this:

And this I pray, that your love may abound still more and more in knowledge and all discernment. — Philippians 1:9

And for the believers in Ephesus, this was his prayer:

That He would grant you, according to the riches of His glory, to be strengthened with might through His Spirit in the inner man, that Christ may dwell in your hearts through faith; that you, being rooted and grounded in love, may be able to comprehend with all the saints what is the width and length and depth and height — to know the love of Christ which passes knowledge; that you may be filled with all the fullness of God. — Ephesians 3:16–19

In 1 Corinthians 11:1, Paul urges his readers to imitate him. We too should pray for greater love, whether we’re praying that prayer for others or for ourselves. It is God’s desire for all of us that we continue to grow in our ability to love one another. I promise you this is a prayer He will surely answer.

Having been a pastor for almost fifty years, I can also promise you there will always be people who test your ability to love. Some people are harder to love than others. Here’s an important point to remember:

You don’t have to like them, but you do have to love them as Christ tells you to.

Loving these people is a decision you make. Once you’ve made that decision, then you do good things for them because that’s how you express your love.

One time I was in the drive-through line at the McDonald’s near our church. I didn’t realize that when I was pulling into the line, I’d cut a woman off. But when she rolled down her window and started swearing at me, I got the message loud and clear.

We all know what it’s like to be yelled at furiously for something we did accidentally. So when I reached the window, I knew I had to do something to close this incident in a positive way. I told the cashier I wanted to pay for the meal of the woman in the car behind me. Sure enough, immediately I felt better. I don’t know if she felt better, but I know I did.

Another time, the station manager of a radio station that aired our show called and said he was taking my show off to put someone else’s show in our time slot. The details don’t matter; but it was not a just or good decision, and it got into my spirit. I knew I needed to act to relieve myself of the burden this was putting on my heart. So I asked God for guidance, and He showed me what to do.

We’d paid for our airtime in advance, and some of that money was still in my account at that radio station. I called the station and told them not to send me that money, but to put it in the other man’s account to pay for his time.

As soon as I did that, the whole incident was behind me. It was over. I put a period at the end of that sentence, turned the page, and left it behind.

The Bible says when others treat you badly, you’re supposed to love them, pray for them, bless them, and do good things for them. If you can’t do it because you want to, then you must do it because you’re obedient.

Interestingly, the story doesn’t end there. About six months later, the station manager called again. He was putting us back on the air in an even better time slot. And in that new time slot we did even better than before!

Difficult, unpleasant people are one thing. An enemy is something very different.

It may be one of the most difficult things we are called to do in this life, but Jesus very clearly commands us to love our enemies.

You have heard that it was said, ‘You shall love your neighbor and hate your enemy.’ But I say to you, love your enemies, bless those who curse you, do good to those who hate you, and pray for those who spitefully use you and persecute you, that you may be sons of your Father in Heaven. — Matthew 5:43–45

If you are still in doubt about the fact that love is an action, take note of this verse. Jesus tells us to love our enemies, and then He tells us how: bless them, do good to them, and pray for them. That’s how you love your enemy.

This is truly where we must be kind to ourselves and very clear about what God is asking us to do. We are not asked to abandon our feelings; we are asked to bless and pray that God will do His work in the lives of our enemies. We are not asked to expose ourselves or others to these people, but only to pray, bless, and do good for them. After all, many of those who harm us are not repentant, and they may even still be a danger or threat to us or others in some way.

This is an enormous task, and it may seem impossible. And that is why we have examples in the Bible of people who obeyed this command.

Jesus gave us the ultimate example by giving up His life on the Cross for the very people who were demanding and performing His execution, and then saying from the cross,

And His followers took that example to heart.

When Stephen was being stoned to death for preaching the gospel, he also asked God to forgive his executioners:

Then he knelt down and cried out with a loud voice, ‘Lord, do not charge them with this sin’. — Acts 7:60

The apostle Paul spent his adult life as a servant of the gospel and was beaten, whipped, rebuked, and despised for it:

Being reviled, we bless; being persecuted, we endure; being defamed, we entreat. — 1 Corinthians 4:12–13

In his letter to the Romans, Paul said,

‘If your enemy is hungry, feed him; if he is thirsty, give him a drink; for in so doing you will heap coals of fire on his head.’ Do not be overcome by evil, but overcome evil with good. — Romans 12:20–21

During the American Revolution, a pastor named Peter Miller was opposed and humiliated by Michael Whitman, an evil-minded man who did all he could to suppress the gospel. One day, Mr. Whitman was arrested for treason and sentenced to die. Rather than breathe a sigh of relief at the news, Peter Miller traveled seventy miles on foot to plead for his enemy’s life. When General George Washington first listened to the plea, he told Miller that he would not grant the life of his friend. At that the pastor leaped to his feet. “My friend!” he exclaimed. “Michael Whitman is not my friend, but my bitterest enemy!” Washington changed his mind and granted a pardon. Peter Miller was doing exactly what Jesus called us to do. He was loving his enemy, not in how he felt toward the man, but in what he did for the man.1

1.Adapted from Ray C. Stedman, “That You Might Be Rich,” Authentic Christianity, accessed May 30, 2017, https://www.raystedman.org /thematic-studies/christian-living/that-you-might-be-rich.

Excerpted with permission from A Life Beyond Amazing by David Jeremiah, copyright David P. Jeremiah.

Is there any greater command from Jesus than praying for one’s enemy? And, yet it’s not a suggestion. He doesn’t hope we are kind to our enemy. It’s a command! Who are you praying for today? Acknowledge before God what was done to you and let’s pray together for our enemies. Come share your thoughts with us on our blog!