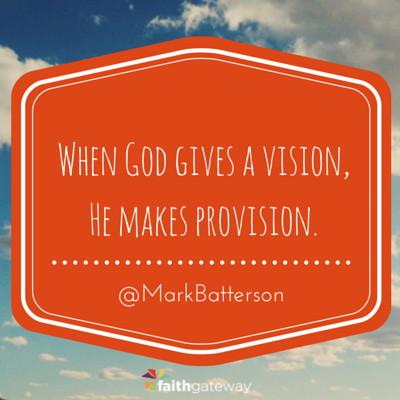 The Cattle on a Thousand Hills

Shortly after Dallas Theological Seminary opened its doors, their doors almost closed because of bankruptcy. Before their 1929 commencement day, the faculty gathered in the president’s office to pray that God would provide. They formed a prayer circle, and when it was Harry Ironside’s turn, he circled Psalm 50:10 with a simple Honi-like prayer: “Lord, we know you own the cattle on a thousand hills. Please sell some of them, and send us the money.”

The time lapse between our requests and God’s answers is often longer than we would like, but occasionally God answers immediately.

While the faculty was praying, a $10,000 answer was delivered.

One version of the story attributes the gift to a Texas cattle rancher who had sold two carloads of cattle. Another version attributes it to a banker from Illinois. But one way or another, it was God who prompted the gift and answered the prayer.

In a moment that is reminiscent of the day Peter knocked on the door of the house where his friends were praying for a miraculous jailbreak, the president’s secretary interrupted the prayer meeting by knocking on the president’s door. Dr. Lewis Sperry Chafer, founder and president of DTS, answered the door, and she handed him the answer to prayer. Turning to his friend and colleague, Dr. Harry Ironside, President Chafer said, “Harry, God sold the cattle!”

One of my oldest and fondest memories is driving from Minneapolis to Red Wing, Minnesota, to go apple picking with my grandparents. I can still hear my Grandpa Johnson singing the old chorus “God owns the cattle on a thousand hills.”

I don’t just believe that promise of provision. I hear my grandfather singing it every time I read Psalm 50:10. While I’ve certainly gone through tough financial times, I’ve also experienced enough miracles to know that when God gives a vision, He makes provision.

Back On Our Knees

I’ll never forget the day we signed the contract to purchase 201 F Street NE. Part of what made it so memorable is that the deal went down the day after Josiah was born. Our realtor had to come to the hospital so I could sign the papers.

We celebrated that miracle for a few minutes, but then we got right back on our knees because we needed another one. We got the contract knowing that we didn’t have the cash for the down payment. We had thirty days to come up with a 10 percent down payment or the contract would be null and void.

After twenty-nine days of exhausting all options, we had scraped together $25,000, leaving us $7,500 short. We didn’t know where else to turn, so we turned to Him who owns the cattle on a thousand hills. We knew the dream of building a coffeehouse on Capitol Hill was from God, and we kept circling the promise in Psalm 50:10.

The very next day, the day before our deadline, we received two checks in the mail from former NCCers (National Community Church, Washington DC). Both couples had recently moved away from the DC area, but they hadn’t found a church home yet, so they continued to tithe to NCC. I later found out that one of the checks was larger than their normal tithe because it was the tithe on a signing bonus with a new law firm. Neither couple had any clue that we had twenty-four hours to come up with $7,500, but God knew.

Neither couple knew that their obedience was our miracle, but God knew. He always knows. And if we pray in alignment with the will of God, He always provides. The total of the two checks combined?

The Game of Chicken

God must love the game of chicken because He plays it with us all the time. He has this habit of waiting until the very last moment to answer our prayer to see if we will chicken out or pray through. If we chicken out, we miss out on the miracle; if we pray through, God will come through, but it may well be at the last moment possible. And, of course, if you chicken out of the game of chicken, God will always give you another chance to get back in the game.

This pattern of last-second provision is repeated throughout Scripture, and I think it reveals God’s playful personality. Sometimes we are so focused on the character of God that we forget that God has a personality too. He loves hiding around corners and surprising us. You can’t convince me that Jesus didn’t have fun sneaking up on the disciples in the middle of the night in the middle of the lake by walking on water. You can’t convince me that God didn’t enjoy the befuddled look on Moses’ face when he heard the talking bush.

As I read Scripture, I can come to no other conclusion than this: God loves showing up in unexpected ways at unexpected times.

I love this part of God’s personality. While it sometimes adds stress, it also adds drama. In big and small ways, it is prayer that adds the unexpected twists and turns in our personal plotlines that make life worth living. It is prayer that precipitates and culminates in the climatic moments when God shows up in dramatic fashion. It is prayer that can turn any story, your story, into an epic drama.

I have scribbled the initials JEJIT in the margins of my Bible at various places where God provides just enough just in time. He did it with the widow who is down to her last jar of olive oil. He did it when the Israelites are trapped between the Egyptian army and Red Sea. He did it when the boat is about to capsize on the Sea of Galilee because of hurricane-force winds. And He did it with us when we had twenty-four hours to come up with $7,500.

Maybe you’re in a desperate situation right now. It feels like you’re down to your last jar of olive oil, or the Egyptian army is closing in on you, or your boat is about to capsize.

It may seem like God is nowhere to be seen, but maybe God is setting the stage for a miracle.

This I know for sure: God is always stage right. He’s ready to make His grand entrance. All He is waiting for is your prayer cue.

Is there an area of your life needing a breakthrough? Keep praying, seeking, and believing that God will hear you and provide. Join the conversation on our blog! We’d love to hear from you! ~ Devotionals Daily