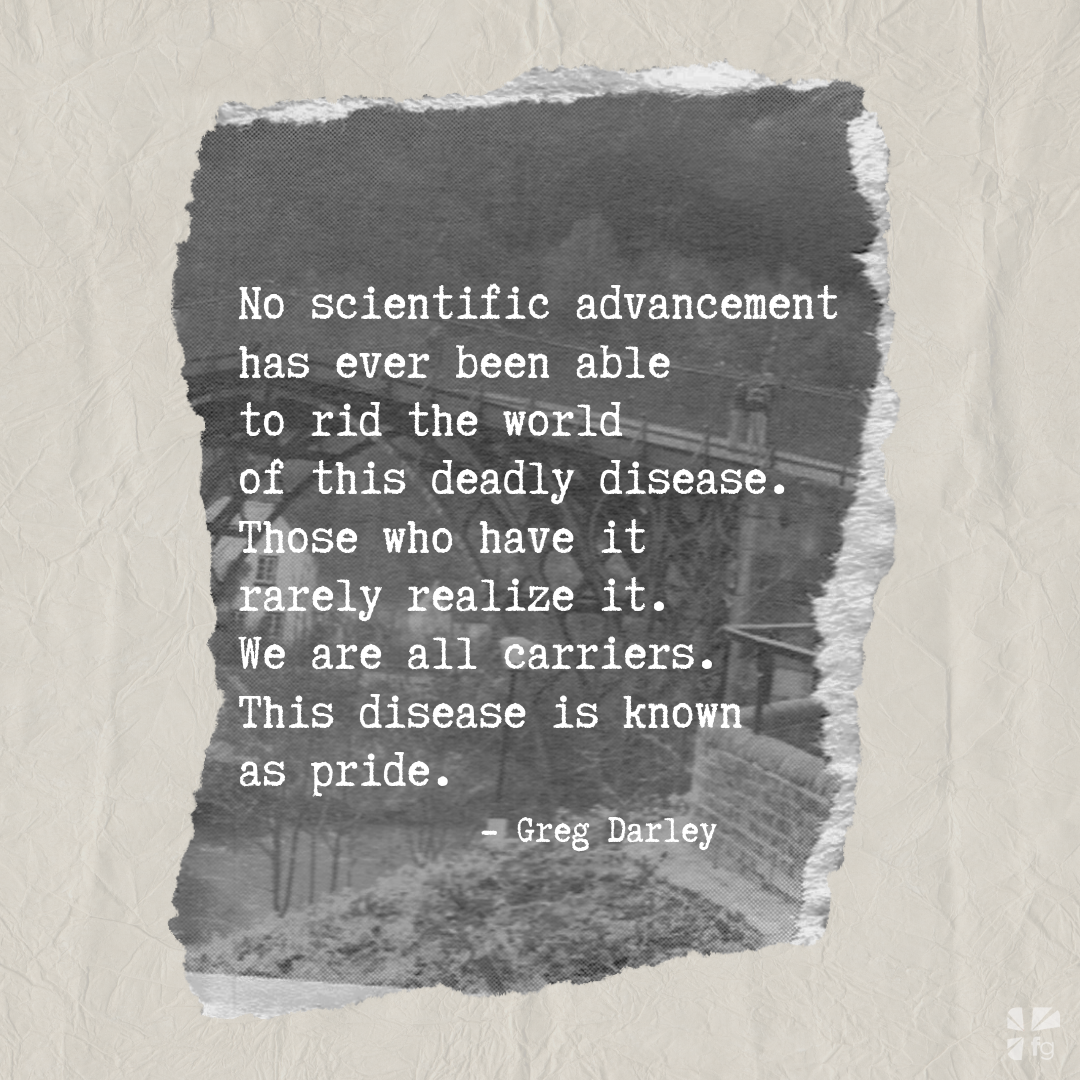 Even when you pray and feel confident in God’s calling, the fear of what others will think becomes a reality when you reach the point of no return. This concern often grows deeper and becomes a disease that is the last component of the Religious Cycle.

No person is immune from this disease.

It can strike the rich and poor, men and women, children and adults. It knows no boundaries of race or geography. No scientific advancement has ever been able to rid the world of this deadly disease. Those who have it rarely realize it. We are all carriers. This disease is known as pride.

Pride is having an image of one’s self that is far higher than it should be and an image of others that is far lower. Pride ignores the problems in one’s self and highlights them in others. Pride is unforgiving of everyone, except of the proud person. Pride causes us to reveal only parts of who we are, fearful of what will happen if others know the full story. If we aren’t careful, pride will stop us from being obedient when God calls us.

I took you from the ends of the earth,

from its farthest corners I called you.

I have chosen you and have not rejected you.

So do not fear, for I am with you;

do not be dismayed, for I am your God.

I will strengthen you and help you;

Don’t let fear stop you from doing what God has called you to do. Use prayer as a time to admit your fear. Then, with God’s strength, stop praying and start doing. Saying yes can be downright scary, but God promises He will be with you. If the Maker of the universe is with you, what more do you really need?

If you’ve ever been called to something by God, you know that it often requires you to step out of your comfort zone. Sometimes it appears the pieces don’t all fit together, at least not from the lens you’re looking through. How has pride stopped you from acting on God’s request of you? Come share your thoughts on our blog. We want to hear from you!