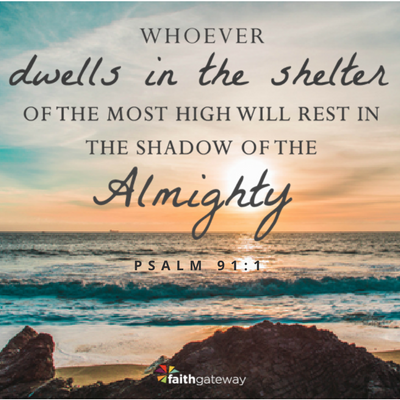 The First Steps to Amen

Praise be to the Lord, the God of Israel, from everlasting to everlasting. Let all the people say, “Amen!” Praise the Lord.  — Psalm 106:48

How can we face a challenging situation and know how to spiritually navigate through it in a way that our souls stay intact?

Let me say the punch line to this story before it even begins: I am okay with it now.

It was a Saturday morning, and the only difference between it and a hundred other Saturdays like it was that we woke up in the United States. Usually, we were in our home in Mexico, but this particular weekend we were in the States for fund-raising efforts. We had left our foster daughters under the supervision of a caregiver. They had been in our lives since they were one and three years old and had been in our home since they were ten and twelve. At this point, they were sixteen and eighteen, and I loved them in a fierce way.

But fierce, I realized in hindsight, isn’t synonymous with healthy.

One of them was difficult, always more work than the other, and, as the result of all that attention, the two of us shared an unusual bond. It sounds wonderful (at least the part about “unusual bond”), but, in truth, it had become destructive. She would come home in a good mood, and I would find myself happy. If she came home angry over whatever hit her wrong, I would emotionally wrap myself around her until no one felt the consequences of her actions except for me — including her.

On my best days, my intention was to protect the other children and my marriage from her volatility. On my worst days, I was okay only when she was, so I made it appear we were both okay more than we really were.

I wasn’t fooling Todd, who was watching the tension build in our home. He and this foster daughter would war over curfew or laundry, and I would rush to get between them. Looking back, I am not even sure if I was protecting her from him or vice versa. Either way, it was a mess, and I was always putting myself right in the middle of it.

It was never clearer that things were not okay than during this short trip to the United States. The caregiver kept calling and complaining, and I wasn’t there to get between them, so I begged her to be patient. Finally, she couldn’t take it any longer and told us we needed to find another solution for her care while we were gone. I panicked. There was no one else left in our community who would care for them, every bridge long burned.

Todd called the house that Saturday morning, ready to draw a line. He calmly told her she needed to find a friend’s house where she could stay until we returned later in the week. He said actions had consequences, and she needed to experience them.

She hadn’t had to face consequences in a long time, because I had fallen on every grenade. I cried while she and Todd argued. I knew what I could do to stop it, but finally those actions seemed ridiculous even to me.

She moved out permanently by noon that day, taking her sixteen-year-old sister and all their belongings with them.

My world careened. I cried in the shower, I cried while running, and I cried in the car and at night. I couldn’t hold a conversation for days while we wondered where they were. I faced the weight of all the chaos I had fostered in my own home, and I answered questions from my other children that revealed to me how dysfunctional she and I had become.

How did I get here?

The impetus was love. It always had been. I loved her, and, in the name of love, I justified behavior I now see as deplorable from both of us.

Whoever dwells in the shelter of the Most High will rest in the shadow of the Almighty.

Shelter her, Lord. Put Your shadow over her. I begged Him for protection and provision for both of them. After days of repeating this mantra over and over, I finally wore myself out. I stopped talking to the Lord when I went to Him and just sat there, quietly numb.

That was when I heard Him. He was speaking to my spirit in His quiet voice: I have sheltered her since birth. I have always been her shelter; you have not. I used you there for a season, but your absence does not leave her unsheltered.

Truth when spoken well and in love doesn’t hurt. It heals.

I could feel the tension release. Circumstances remained the same, but I breathed for the first time in days.

The girls’ journey the following year was painful to watch. We reestablished contact within the first couple of weeks, but it was unsatisfying to get bites of a relationship I had literally gorged myself on before. I needed to relearn what it looked like to love and let go.

Surrendering to so be it hadn’t asked this much of me in a long time. Over and over, Scripture promises peace in abundance, but God’s idea of peace and my own idea of peace look different sometimes.

There is this funny exchange in Exodus 19 where God asked Moses to climb a mountain. At this point, Moses was eighty years old, and climbing six thousand feet would’ve been no small task. The Lord drew Moses up and told him to take a message down to His people, then come back up and share how it went.

If I were Moses, I might be thinking, If I heard You tell me to come up, I could’ve heard You tell me what You want me to say from down at the base of the mountain. That way an entire day is not being “wasted” with the climb… And while we’re at it, being as You are God, why don’t You just watch how it goes down instead of making me come back up here and tell You about it?

If Moses had thought that, you wouldn’t know it, because he obeyed, arriving at the top of that mountain a second time:

So Moses brought their answer back to the Lord. — Exodus 19:8

How tired do you think an eighty-year-old man would be after climbing a combined eighteen thousand feet?

The Lord spoke to Moses once more:

He directed him to go down and get Aaron, then come back up another time! Again, if I were Moses, it wouldn’t be hard to think, Really? If I heard You tell me to come up the first time, I could have heard the direction to grab Aaron. Or, for that matter, why don’t You just tell him Yourself? But we have no record of this kind of disrespect. Instead, we read of an obedient Moses who did just as he was instructed:

God had so much for Moses in that long week’s walk: a lesson in learning to keep company with him, to listen for His direction. Moses learned to renew his strength in the Lord and to follow at all costs. As the Lord tested his obedience and subsequent submission, He prepared him for some big episodes ahead. Just one chapter later, he’ll receive the Ten Commandments. This was a leader who knew blessing followed obedience and consequence followed obstinacy.

Sometimes I selfishly want the big episode without the long climb. I want the proverbial Ten Commandment moment without jumping through hoops to get there. When I am thinking carnally, I see hoop jumping as inconvenient or uncomfortable. I want what I want, and I want it now. When I am thinking spiritually, I see hoop jumping as training, and I embrace it as an athlete preparing for a race.

Moses understood that relationship with God was about connection (I am yours) and not manipulation (I do what you ask, and you do what I want). In fact, my favorite time period in Moses’ life to study is the forty years he spent waiting in Midian. He lived to be 120 years old, and his life easily divided into thirds. He spent his first forty years as Pharaoh’s son, training to be a big deal in the eyes of the world. He spent his last forty years as God’s instrument, leading and living as a big deal in the Lord’s story. The forty years in between those two seasons were spent redefining what “big deal” really meant.

When we find ourselves in the Lord’s waiting room or walking up a mountain for the third time, we can be sure he’s redefining something in us we had all wrong. He doesn’t waste a moment of our lives, even when we feel like we are waiting around for life to start.

I spent the first year my two foster daughters were gone traveling up and down the mountain at the Lord’s direction. Going up and down again and again never made much sense to me at the time. I didn’t feel strong. In fact, I felt weak. I need You for every step, Lord. But I was in a place where I had been listening to my own direction over His. I had taken paths of least resistance instead of the path of highest obedience, and there was plenty of collateral damage around me as a result. The year of metaphorical mountain climbing strengthened muscles in me that I still benefit from.

Do you sometimes want to skip the mountain with God, too? Is the Lord building your prayer muscles with difficult relationships and painful situations. Today, let’s climb the mountain He set before us again and trust that He is good and He is in complete control. Come join the conversation on our blog. We would love to hear from you! ~ Devotionals Daily

If you can’t see the prayer quiz here, try this link.