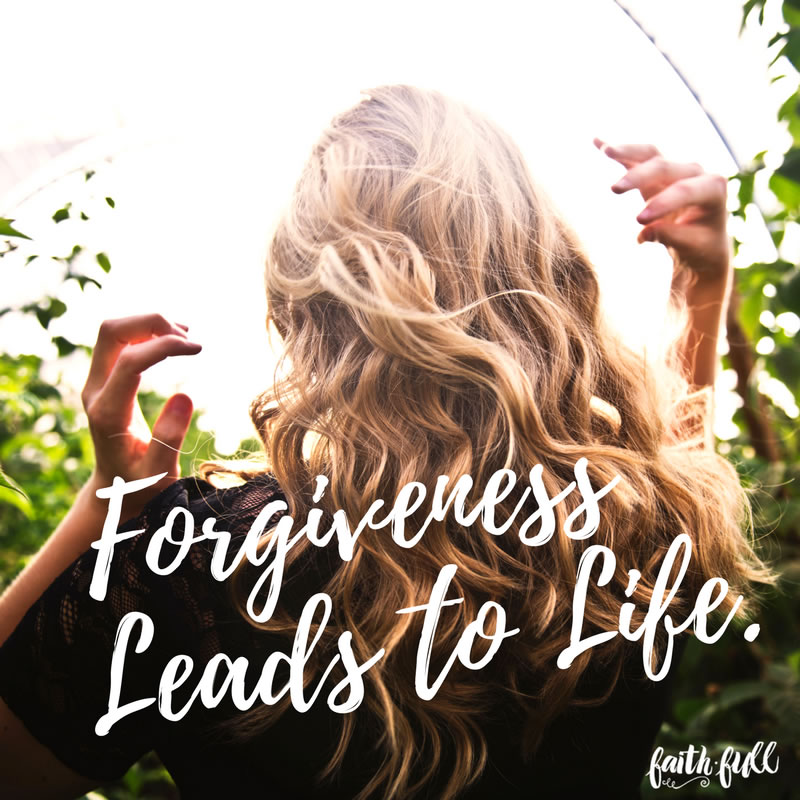 “You’re worthless, and you’ll never amount to anything,” my mother said as she pushed me into the little closet underneath the stairway and slammed the door. “Now stay in there until I can stand to see your face!” The sound of her footsteps faded as she walked down the small hallway back to the kitchen.

I wasn’t really sure what I had done to warrant being locked in the closet again, but I knew it must be bad. I knew I must be bad, and I believed that all the negative things she had ever said about me were surely accurate. After all, she was my mother.

The closet was a small, rectangular storage area underneath the stairs where the dirty laundry was kept in an old wicker basket. I sat on top of the pile of clothes and pulled my feet in tight to eliminate the possibility or being touched by the mice that periodically streaked across the floor. I felt lonely, unloved, and painfully afraid as I waited in that dark hole for the seemingly endless amount of time it took for her to remember I was there or for my father to return, at which time she would make sure I was let out. Either event would mean my release from the closet and from the devastating feeling of being buried alive and forgotten.

As you can probably tell from just this one incident, I was raised by a mentally ill mother, and, among other atrocities, I spent much of my early childhood locked in a closet. Although certain people were aware of her bizarre behavior from time to time, her mental illness wasn’t clearly identified until I was in my late teens. During  all my growing-up years, my mother’s extremely erratic behavior left me with feelings of futility, hopelessness, helplessness, and deep emotional pain. So much so that by the time I was a young woman I was still locked in a closet — only the boundaries were emotional rather than physical. I was walled in by a deep, ever-present pain in my soul, which expressed itself through certain acts of self-destruction and a paralyzing fear that controlled my every breath.

Many years later I sat in front of Mary Anne, a Christian counselor, who told me I needed to forgive my mother if I wanted to find complete wholeness and healing. Forgive someone who treated me with hatred and abuse? Someone who has ruined my life by making me into an emotional cripple? How can I? I thought to myself, overwhelmed at the prospect of so great a task.

I had already confessed my sins, and now my counselor was asking me to forgive my mother — all in the same counseling session.

“You don’t have to feel forgiveness in order to say you forgive someone,” Mary Anne explained. “Forgiveness is something you do out of obedience to the Lord because He has forgiven you. You have to be willing to say, ‘God, I confess hatred for my mother, and I ask Your forgiveness. I forgive her for everything she did to me. I forgive her for not loving me, and I release her into Your hands.’”

As difficult as it was, I did as Mary Anne said because I wanted to forgive my mother even though I felt nothing close to that at the time. “God, I forgive my mother,” I said at the end of the prayer. I knew that for me even to be able to say those words, the power of God must be working in my life. And I felt His love at that moment more than I ever had before.

I soon learned, however, that unforgiveness as deeply rooted as mine toward my mother must be unraveled, one layer at a time. This was especially true for me, since my mother’s verbal abuse continued to increase in intensity as time went on. One day as I was again asking God to give me a forgiving heart, I felt led to pray,

“Lord, help me to have a heart like Yours for my mother.”

Almost immediately I had a vision of her I had never seen before. She was beautiful, fun loving, gifted, a woman who bore no resemblance to the person I knew. My understanding told me I was seeing her the way God had made her to be and not the way she had become. What an amazing revelation! I couldn’t have conjured it up myself. Nothing surpassed my hatred for my mother, except perhaps the depth of my own emptiness. Yet now I felt compassion and sympathy for her.

In an instant I put together the pieces of her past — the tragic and sudden death of her mother when she was eleven, the suicide of her beloved uncle and foster father a few years later; her feelings of abandonment, guilt, bitterness, and unforgiveness, which contributed to her emotional and mental illness. I could see how her life, like mine, had been twisted and deformed by circumstances beyond her control. Suddenly I no longer hated her for it. I felt sorry for her instead.

Being in touch with the heart of God for my mother brought such forgiveness in me that when she died a few years later, I had absolutely no bad feelings toward her. In fact, the more I forgave her, the more the Lord brought to mind good memories. I was amazed that there were any at all!

Unforgiveness is a slow death. Forgiveness is ongoing because once you’ve dealt with the past, constant infractions occur in the present. None of us gets by without having our pride wounded or being manipulated, offended, or hurt by someone. Each time that happens it leaves a scar on the soul if it is not confessed, released, and dealt with before the Lord. Besides that, unforgiveness also separates you from people you love. They sense a spirit of unforgiveness, even if they can’t identify it, and it makes them uncomfortable and distant.

You may be thinking, “I don’t have to worry about this because I have no unforgiveness toward anyone.” But forgiveness also has to do with not being critical of others. It has to do with keeping in mind that people are often the way they are because of how life has shaped them. It has to do with remembering that God is the only One who knows the whole story and therefore we never have the right to judge. Being chained in unforgiveness keeps you from the healing, joy, and restoration that are there for you.

Being released into everything God has for you today and tomorrow means letting go of all that’s happened in the past.

It means praying a prayer of release.

Do you have unforgiveness for someone in your heart that is slowly killing you? It’s so important to remember that forgiveness isn’t forgetting, and it isn’t saying that what was bad is now good (It’s still bad!), but it releases us into a life of freedom through Jesus Christ! Who do you need to forgive? What do you need to let go? Come share with us on our blog. We want to hear from you! ~ Devotionals Daily