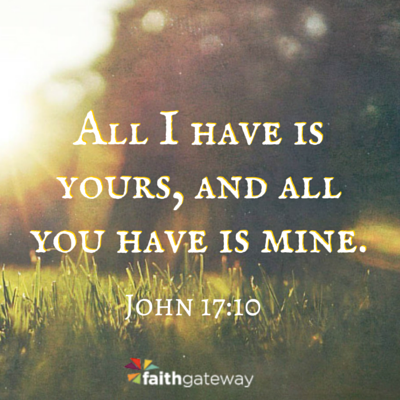 The scene of Jesus huddled in a locked room with a dozen friends, one of them a traitor, while outside temple guards and Roman legionnaires buckle on their swords and whips and torture devices, preparing for another dreary night’s work, stands as a tableau of human history. A hushed moment of foreboding, a heartfelt prayer, a subdued connection with eternity, while just outside invisible forces of evil mobilize in opposition.

Anticipating His death, Jesus prays to the Father for His disciples (John 17):

I am coming to you now, but I say these things while I am still in the world… They are not of the world any more than I am of the world.

As if to underscore the point He repeats Himself:

He, too, must see the group gathered around the table as a tableau of the conflict He is setting loose in the world.

For thirty-three years Jesus has stripped Himself of the prerogatives of God, including omniscience and a timelessness that sees all history in a flash. (He once admitted He did not know the time of final judgment and healing of the earth, though the Father did.) In this prayer, however, He bridges time and eternity, recalling for a moment His stunning existence before volunteering for this violent planet:

And now, Father, glorify Me in Your presence with the glory I had with You before the world began.

Jesus is reminiscing about life before planet Earth, eternity before time. In this lengthy, luminous prayer He gives the ultimate answer to the “Why?” questions. Why creation? Why free will? Why human history and the onslaught of time? From the beginning, before the beginning, God willed to share with other creatures the love and fellowship — the life — enjoyed in the godhead before creation, now, and forever. Despite all that has happened and is about to happen, God is committed to restoring creation to its original design, to regaining perfect intimacy and love with human beings.

Jesus’ prayer renews the vision, for Himself and for us.

In a few other places the New Testament gives hints of God choosing us “before the creation of the world.” God’s grace, claims Paul, “was given us in Christ Jesus before the beginning of time,” with Jesus “chosen before the creation of the world but revealed in these last times for your sake.” Our eternal life was promised “before the beginning of time.” Thus the essentials of hope — God’s love, heaven, grace, resurrection — the Bible specifically grounds outside of time and creation. Long before Einstein’s theory of the relativity of time and space, long before any notion of a Big Bang origin of the universe, the New Testament writers established these truths as, quite literally, timeless.

Our sun, now middle-aged, will burn itself out in four or five billion years. Eventually the universe itself may collapse. Yet in the words of the Creator we have assurance that we will be reunited. The universe is not such a sad, lonely place. The prodigals have a home after all.

Of all that Jesus said that night in the candlelit room in the warrens of Jerusalem, one comment must have puzzled the disciples more than any other. Jesus knew the melancholy effect of his words about impending death:

Because I have said these things, you are filled with grief.

As if to cheer them up, He added,

But I tell you the truth: It is for your good that I am going away.

Those words puzzle me as well. I cannot help thinking of all the ways God could have accomplished the divine will in the world: by providing enough manna to solve the world’s hunger; by eradicating each new strain of virus and bacteria as it mutates into dangerous form; by narrowing the margins of human freedom to eliminate tyrants like Hitler and Pol Pot.

Instead, God sent His Son to live in a remote corner of the earth for a few years. He delivered in person the message He wanted to convey and then He left, claiming it to be somehow for our good.

Soon the disciples who were accustomed to presenting their questions, complaints, and requests to Jesus in person would have to fall back on a different approach: prayer.

Of all the means God could have used, prayer seems the weakest, slipperiest, and easiest to ignore. So it is, unless Jesus was right in that most baffling claim. He went away for our sakes, as a form of power sharing, to invite us into direct communion with God and to give us a crucial role in the struggle against the forces of evil.

Excerpted with permission from Prayer by Philip Yancey, copyright Zondervan.

Sometimes we view prayer as a last resort, but prayer is a gift we have been given to communicate with our Father. Join the conversation on our blog! We’d love to hear from you about prayer!