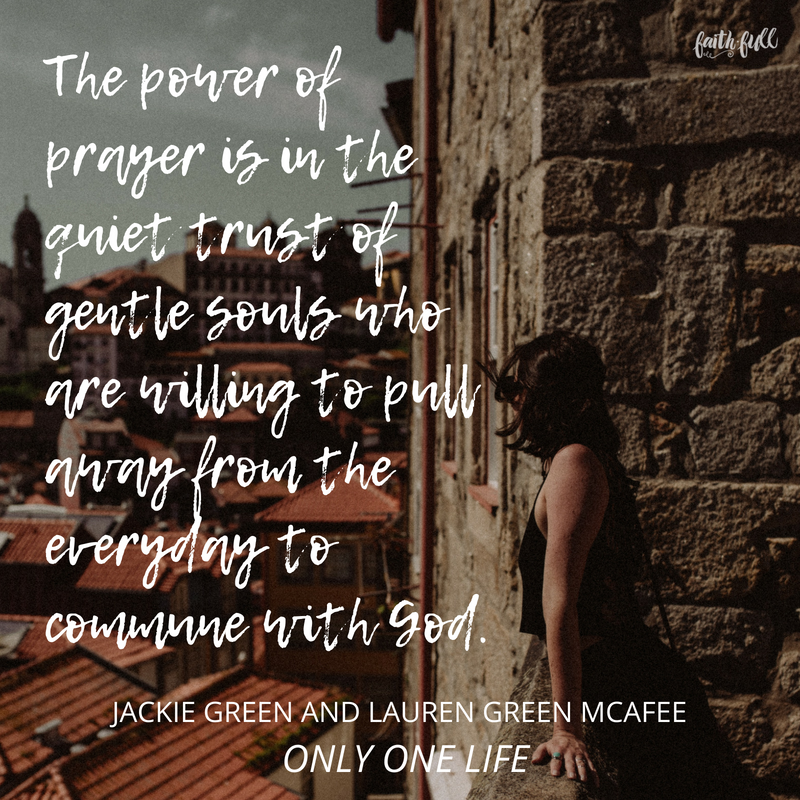 If a passing stranger walking through the rural village of Epworth, England, on any given day between 1700 and 1720 had peered through the window of the home of the rector of the local Anglican church, he might have caught sight of something quite strange. Depending on the time of day, this observer might have seen a woman sitting in a chair with her kitchen apron pulled up over her head while ten children read, studied, or played all around her.

Two of those ten children would have been little boys — John and Charles — who would grow up to shape the course of Christian history and thus change the world. The woman under the apron would have been Susanna Wesley, who assumed this odd posture for two hours almost every day. In a moment you will understand why.

Susanna understood the dynamics of large families. Born the twenty-fifth of twenty-five children in 1669, Susanna Annesley grew up the daughter of a prominent, highly educated minister in cosmopolitan London. She had little formal education, but growing up in an academic household with so many older siblings left her well-read and well-rounded intellectually. She met Samuel Wesley, an aspiring Anglican minister, and married him in 1688, when she was nineteen years old.

Susanna’s remaining fifty-three years were far from easy ones. They were characterized by loss, hardship, and struggle. Yet she became a woman of immense legacy, largely through the dual virtues of organization and prayer.

Susanna delivered nineteen children, but nine — including two sets of twins — died in infancy. Another was accidentally smothered in the night by a nurse as Susanna recovered from labor and delivery.

Her husband, Samuel, did not succeed in his thirty-nine-year assignment as rector of the church at Epworth. An intellectual academic, he simply did not understand or identify with the rural villagers in his parish. Nor did they care for him. When he involved himself from the pulpit in a highly divisive political matter inflaming the entire nation in that era, he earned the hatred of a vast segment of the populace. On two occasions the Wesleys’ parsonage burned down, most likely because of arson on the part of Epworth’s embittered parishioners. Susanna and the children were seldom spared harassment and insults.

Samuel was not good with money, and he once spent several months in debtors’ prison. The parsonage came with a small farm, but Samuel was uninterested in and ill-suited for farm work, so this too was left for Susanna to manage. This was in addition to the huge task of homeschooling all of the children, with their varying ages and gifts.

For decades, Samuel expended all of his energies and most of the family’s meager wealth working on an exegetical treatise on the book of Job. The sad irony is that while he was away for long periods of time studying and writing about Job’s intense sufferings, his living, breathing wife was enduring real pain and hardship, largely on her own.

Susanna’s household organizational skills are the stuff of legend. She knew from personal experience that quality one-on-one time with a parent is hard to come by in a family with many children, yet powerfully important. So she set a rotating schedule through which each of her children spent an hour with her alone before bedtime on a designated night each week.

What is more, she somehow found a way to manage the household and give her large brood of children a world-class education that included both classical and biblical learning. Her girls got the same rigorous education as did her boys, something virtually unheard of in that day. Traditionally, girls of that place and time were taught “feminine” skills such as needlework and music before undertaking the most basic education, such as learning to read. Susanna firmly believed this was wrong-headed. Her girls were taught the same curriculum as her boys. Among the “bylaws” by which she ran her home school was this: “8. That no girl be taught to work till she can read very well; and then that she be kept to her work with the same application, and for the same time, that she was held to in reading. This rule also is much to be observed; for the putting of children to learn sewing before they can read perfectly, is the very reason why so few women can read fit to be heard, and never to be well understood.”1

School hours were from 9:00 a.m. to noon and then 2:00 p.m. to 5:00 p.m., six days a week. All but the smallest children completed their assigned chores promptly before the start of the school day. As in many one-room schoolhouses in generations past, older children helped teach the younger.

No Excuse for Not Praying!

Susanna took her relationship to God as seriously as she did her duties as a wife and mother.

Early in her life, she vowed that she would never spend more time in leisure entertainment than she did in prayer and Bible study. Even amid the most complex and busy years of her life as a mother, she still scheduled two hours each day for fellowship with God and time in His Word, and she adhered to that schedule faithfully. The challenge was finding a place of privacy in a house filled to overflowing with children.

Mother Wesley’s solution to this was to bring her Bible to her favorite chair and throw her long apron up over her head, forming a sort of tent. This became something akin to the “tent of meeting,” the tabernacle in the days of Moses in the Old Testament. Every person in the household, from the smallest toddler to the oldest domestic helpers, knew well to respect this signal. When Susanna was under the apron, she was with God and was not to be disturbed except in the case of the direst emergency. There in the privacy of her little tent, she interceded for her husband and children and plumbed the deep mysteries of God in the Scriptures. This holy discipline equipped her with a thorough and profound knowledge of the Bible.

When husband Samuel was away, as was often the case, a substitute minister brought the Sunday morning sermon at the church. Susanna found these messages uninspiring and lacking in spiritual meat. She had a good-sized congregation of her own at home, so she began teaching them the Bible in her kitchen on Sunday afternoons. Soon neighbors began asking if they could attend. Word circulated and others from the area began asking permission to attend as well. So thorough was Susanna’s knowledge of the Bible, and so gifted was she at communicating its truths, that on any given Sunday after church, Susanna would have as many as two hundred people in attendance at her informal family Bible study, which started in her home but soon moved to a larger venue.

Susanna passed away in 1742 at the age of seventy-three, living long enough to see her sons John and Charles become world-renowned leaders of the global Christian movement. This is her legacy, forged in large part in those diligent hours of intercession under that makeshift apron tent.

The Lasting Legacy of Prayer

John Wesley is estimated to have preached to nearly a million people in his long, fruitful life.

His powerful, evangelistic services were frequently held in the open air to accommodate audiences in the tens of thousands. Traveling on horseback, he regularly preached three or more times a day, often beginning before daybreak. Even at the age of seventy he preached, without the assistance of modern amplification, to an estimated throng of thirty-two thousand people.

It is hard to overstate John Wesley’s theological impact. He remains the dominant theological influence on Methodists and Methodist-heritage groups the world over, including the United Methodist Church, the Methodist Church of Great Britain, and the African Methodist Episcopal Church, all of which played a pivotal role in the abolitionist movement of the nineteenth century.

Wesleyan theology also formed the foundation for the holiness movement in the United States, which includes denominations like the Wesleyan Church, the Free Methodist Church, the Church of the Nazarene, the Christian and Missionary Alliance, the Church of God (Anderson, Indiana), and other groups which compose the colorful mosaic of Pentecostalism and the charismatic movement in North America.

As prolific a writer as he was busy as a preacher, John Wesley has been called the Father of the Religious Paperback. His published sermons, tracts, pamphlets, and booklets number roughly five thousand items. In addition to theology, Wesley wrote about music, marriage, medicine, science, abolitionism, and current events.

Although John married, he and his wife, Mary, had no children. Because of his giving nature toward the poor, the oppressed, and the unevangelized, he left little of material wealth behind when he died in 1791 at the age of eighty-seven. One biographer said John Wesley “was carried to his grave by six poor men ‘leaving behind him nothing but a good library of books, a well-worn clergyman’s gown… and — the Methodist Church.’”2 The same writer observed that John’s impact was so profound that he in effect “supplied a new starting-point to modern religious history.”3

John’s younger brother Charles was very much a partner in and vital contributor to these accomplishments. A brilliant musician and lyricist, he wrote more than 6,600 hymns, many of which are still in hymnals the world over today.

Charles and his wife, Sarah, had three children who survived infancy, including two boys, Samuel and Charles Jr., who were musical prodigies. Charles Jr. grew up to serve as the personal organist of the English royal family. His brother, Samuel Sebastian Wesley, became one of the most accomplished British composers of the nineteenth century. A contemporary of Mozart, Samuel is sometimes called “The English Mozart.”4

John and Charles Wesley were passionate lovers of God and powerful persuaders of people.

As a result, the brothers were viewed by many of their contemporaries as religious fanatics. History has been far kinder in its verdict. It views them as world changers. And every one of the changes they wrought is part of the legacy of Susanna Wesley. In his 1864 biography, John Kirk wrote of Susanna, “Her name has been everywhere received with respect; and by a large and influential Christian Community it has been cherished with strongest affection. Her success in the education of her children has been the theme of universal admiration; and no one has yet ventured to hazard even a conjecture as to how much the cause of religion and the well-being of the human race are indebted to her steady piety and extraordinary talents.”5

We hope that as you read [the story of] Susanna Wesley, you’ll grab on to the power of them. For Susanna Wesley, there was no amount of distraction that could keep her from prayer and the Bible. That kind of life, deeply rooted, produced great fruit, as evidenced not only by the people who came to hear her teach but also by the children she influenced. The great truth in her story is how prayer does not occupy the stage of activity. Its power is in the quiet trust of gentle souls who are willing to pull away from the everyday to commune with God.

Can you imagine how we who mother others could change the world by being devoted to God and to prayer and passing that along to the kids we influence? Let’s do it! Let’s be women of prayer and women who lead our kids to the throne of Jesus at every opportunity in love and by example! Come share your thoughts with us on our blog. We want to hear from you! ~ Laurie McClure, Faith.Full