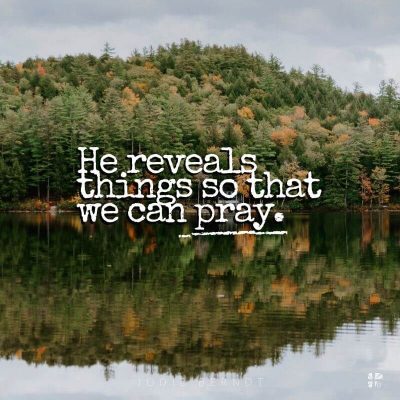 At first glance, our family room looks idyllic. Hundreds of books — titles I think of as classics — line the bookshelves. Stacks of puzzles and board games are within easy reach. And thanks to my husband’s affinity for splitting firewood as soon as the mercury dips below 65, there’s usually a crackling fire in the hearth. Throw in the sound-asleep presence of our English Lab, Minnie, and you might be tempted to put the whole scene on Instagram.

Here’s the thing though. Nobody ever plays the board games. The books mostly sit there and collect dust. And while the fireplace does tend to draw people together, they come with their phones. And their iPads. And their AppleTV remotes.

Right now, as I type these words on my laptop, no less than six other screens are within sight — all being actively used to send emails, buy a plane ticket, text friends to make plans, scroll through movie options, and share photos from a recent trip.

And there are only four people in the room.

The four of us are no different from any four people who lived two thousand (or even two hundred) years ago — we are created for connection to each other and to God, just like they were — but things have changed. “We are living a life,” writes Andy Crouch, “that even our grandparents never imagined and could not fully understand: a world in which the technological dream of easy everywhere has come true — is coming true — before our eyes.”1

Which is a really good thing. Except when it’s not.

Kyle and his wife, Ginny, are raising four boys, ages three to fifteen. “Everything about technology feels different and new,” he told me. “As parents, we want to get this one right. We want to make sure our kids never see the thing we don’t want them to see — even though we know, of course, that that’s an impossible goal.

“The word I might use to describe how parents feel,” he said, “is probably panic. Or maybe terror.”

Kyle was smiling as we talked — and you’ll hear more about how his family is navigating the technology maze in a minute — but his comments confirmed something I already knew to be true, namely, that technology is the number one reason today’s parents believe that raising kids is more complicated than it was in the past.2

I get that. Twenty years ago, when I wrote the first edition of this book, the biggest technology-related question Robbie and I faced was whether to let our kids watch PG movies — on VHS tapes. I’ll never forget the call I got from twelve-year-old Annesley when she wanted to watch Legally Blonde at a friend’s house. It was rated PG-13.

“Her mom thinks I’m crazy,” Annesley whispered into the phone, “but I told her I had to call you and ask.”

I granted permission (please don’t judge me!), but that decades-ago phone call reflects the same pressure today’s parents face. We don’t have universal standards for what’s okay and what isn’t, and we can’t count on other parents to affirm our decisions or back us up when we make a tough call. It’s a weird sort of peer pressure — parental peer pressure, author Susan Yates calls it — and it’s part of what can make us feel out of control or overwhelmed by the flood of new devices and apps that get rolled out every day.

As you pray about your kids’ use of technology, look to the Lord, not to other parents, to help you set standards and boundaries.

I will not look with approval on anything that is vile. My dad wrote that line (it’s from Psalm 101:3) on an index card and taped it to our television when I was a teen. These days, we might run out of tape before we could attach those words to every platform or device on which our kids might see something bad.

I could go on, but you get the idea. Exposure to pornography, whether accidental or intentional, is not an if for our kids; it’s a when. And that exposure represents the number one reason that technology — which can be such a big help in our lives — can make parents worry.

A quick review of all the office computers revealed the trouble spot. But when asked what she’d seen, Allison denied all involvement. And the more her parents pressed for details, the more emotional and manipulative she became.

“That was not like her at all,” Sara said. “My radar was on high alert — and I realized that our greater concern was not what she’d seen or the exposure she’d had, but the choice she was making to lie.”

Thinking about what she calls her own “progressive sanctification” — one where the Lord continues to tenderly transform her heart — Sara resolved not to react in knee-jerk fashion, but to slow down and ask God for his counsel. “I wanted the Lord to teach me how to relate to my daughter, knowing that the way I treat her now will affect our relationship and her life in twenty years.”

She started with prayer.

“I know the freedom that comes with confession,” she said. “I prayed that God would turn Allison’s darkness into light and that she would know the joy of walking in that light and enjoying sweet fellowship with other people and with Jesus.”7

Eager to have her own burden lifted, Sara reached out to an older friend — someone she knew she could count on not to gossip or pry, but to pray.

God doesn’t want us to be worried or scared; He reveals things so that we can pray.

Noting that Allison likely felt embarrassed by what she had seen (and maybe scared to admit it), Sara’s friend pointed her toward Psalm 25 as a prayer prompt:

Relieve the troubles of Allison’s heart; free her from her anguish. Take away all her sins. (Psalm 25:17-18)

Guard Allison’s life, rescue her, be her refuge. May integrity and uprightness protect her. (Psalm 25:20-21)

Sara and her husband continued to pray verses like these, trusting in the Genesis 50:20 promise that God could take something so clearly intended for evil and use it to bring about something good in Allison’s life.

It wasn’t long before He did. The following Sunday, after hearing their pastor talk about the freedom that comes with confession and the triumph of grace over shame, Allison pulled Sara aside.

Allison broke down and revealed all that had happened, including her attempts to cover up what she’d seen by lying about it. As she confessed, Sara saw her daughter’s countenance change. It was as if a cloud had lifted. Allison’s shadowy face became joyful and radiant.

The transformation made sense to Sara. “When we keep things hidden,” she said, “it always leads to deeper and darker things. It’s a mercy, not a burden, to be found out.”

Raising kids in this day and age is complicated. It may even incite panic as we try to figure out how to manage technology and the tidal wave of information (both good and bad) that’s available at even an innocent google search. Start with prayer! God loves when we seek Him for wisdom! Come share your thoughts with us on our blog. We want to hear from you! ~ Devotionals Daily