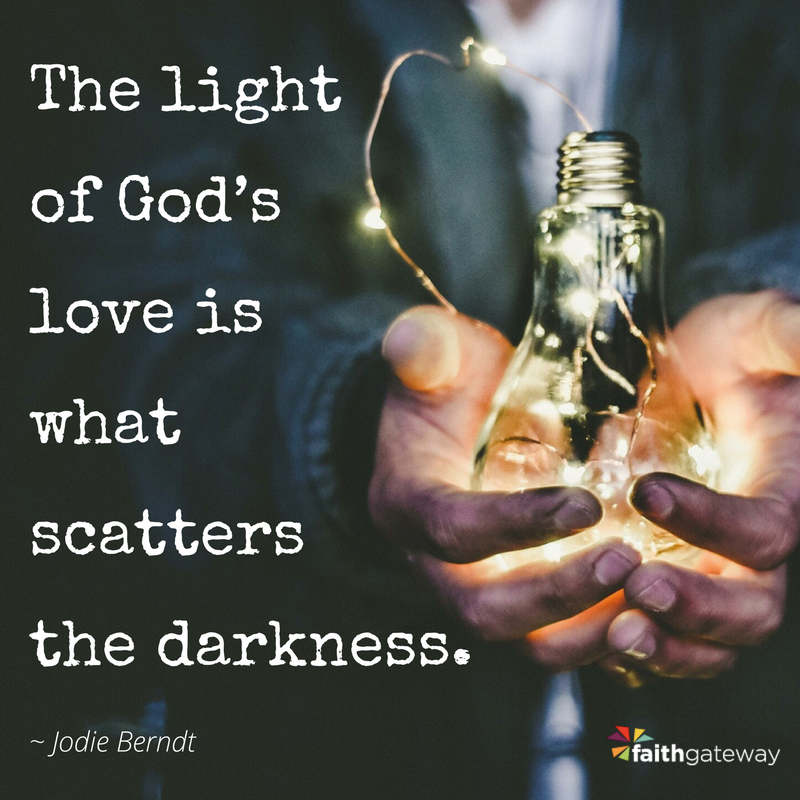 I will give them a heart to know Me, that I am the Lord. They will be My people, and I will be their God, for they will return to Me with all their heart. — Jeremiah 24:7

Lauren stared at the photo on her phone, barely comprehending what she saw. It was a picture of her son, William, lying in a hospital bed, his head wrapped in a bloody bandage. He had been assaulted in what he said was a random robbery, and Lauren wanted to believe him. Given what they knew about their son’s current lifestyle, she didn’t know what to think.

Lauren and her husband, Mike, had been lukewarm about William’s plan to move to Chicago when he graduated from college. They understood why a guy from a small town in Alabama would want to spread his wings, but his idea — to launch a neighborhood-based classified-ad service to sell things like used furniture, cars, and household goods — sounded iffy. William had majored in business, but he knew very little about technology and even less about Chicago’s diverse neighborhoods. But after a six-month job search closer to home turned up nothing, she and Mike had gotten William a plane ticket and wished him well. Their son was hardworking, creative, and intelligent, so who knew? Maybe he’d be one of the success stories.

And if not, well, what was the worst that could happen?

Lauren had run through a dozen worst-case scenarios in her mind — maybe the business would flop or William would get sick from the city dirt and noise and pollution — but nothing had prepared her for the sight of her son lying in some unknown hospital, more than six hundred miles away. She wished Mike would get home soon; she needed to talk. An orthopedic surgeon, he was usually at the hospital all day on Thursdays, and she hadn’t been able to reach him.

Lauren thought back over the past several months. William had burned through most of his start-up money, and then in an effort to recoup his losses, he had started gambling. His drinking, which Lauren and Mike had hoped would lessen once he got out of college, had gotten worse. Lauren didn’t know much about William’s friends and business associates, but the words from Proverbs 13:20 kept coming to mind:

Walk with the wise and become wise, for a companion of fools suffers harm.

Apparently, William had been walking with some fairly serious fools.

When had that started to happen? Lauren didn’t know exactly. William had given his life to the Lord at age twelve, and as he grew, so had his faith. He had been a youth group leader in high school, and when the time came to go to college, he elected to live with a Christian roommate. Lauren and Mike were thrilled when William joined a campus Bible study; surely, the friends and the teaching he’d be exposed to there would help guard him against some of the secular philosophies he would encounter in the classroom.

But things hadn’t turned out that way. Parties, football games, and study sessions with his classmates filled William’s calendar, and he began to drift away from Bible study and other fellowship opportunities. It wasn’t as if some atheist had talked him out of his faith; rather, the shift had come gradually as William spent more time with unbelievers than with his Christian friends. And then, almost as if he was looking for an intellectual reason to account for his behavior, William began to question some of the most basic tenets of his faith. Salvation by grace seemed far too simplistic. And the resurrection? Nothing he learned in any of his science classes made that even a remote possibility; it seemed (as William told his parents during his junior year) to be a story designed to bring comfort and hope to people who would grasp at anything to keep their faith alive. Which was fine for them — just not for him.

Mike and Lauren hadn’t wanted to alienate their son by revealing the depth of their concern or by arguing against some of his claims. Instead, they welcomed William’s questions, pointing him toward authors like Josh McDowell, Lee Strobel, and C. S. Lewis, apologists whose work they thought might appeal to him on an intellectual level.

“But honestly,” Mike had said, after one of their conversations, “I don’t think he is looking for evidence to support Christianity. I think it’s a moral issue, masquerading as an intellectual one. I think he wants to find a worldview to support his quest for independence and self-sufficiency as he runs away from God, something that will justify his rebellion.”

Ask God to work in your prodigal’s mind and spirit, demolishing arguments and every pretension that sets itself up against the knowledge of God. (2 Corinthians 10:5)

The kitchen door opened, snapping Lauren’s mind back to the present. It was Mike, home from the hospital where he had been making rounds. Lauren showed him the photo and filled him in on what little she knew.

“He says it’s nothing serious,” she said. “Some guys jumped him when he was walking home from work. He says they took his wallet…”

“Maybe they did,” Mike said, “but we aren’t sending him any more money.”

He picked up the phone and enlarged the photo. “It looks like a good bandage job at least. He’ll be okay.”

Lauren knew Mike wasn’t being callous or insensitive, and that he was hurting just as much as she was. He was just being practical. But for a mom, it wasn’t that easy.

“Mike, I want William to come home,” she said softly.

“I think he should,” Mike agreed, “but we can’t make him do anything. He’s literally living the life of the prodigal son — he got us to give him some money, and then he went away to a distant city and squandered it all in wild living. For all we know, he has been eating with pigs!”

Lauren knew the story Mike was talking about. It was a parable in Luke 15, one Jesus used to illustrate the heavenly Father’s love and the power of redemption. In that story, the son finally comes home, confessing his sins and giving up any claim he had on the family name. “I am no longer worthy to be called your son,” he says. “Make me like one of your hired men.” (Luke 15:19)

Lauren loved that parable — especially the part where the father sees the son in the distance and, throwing dignity to the wind, runs out to embrace his boy in a very public, very emotional reunion. It was perhaps the best illustration she knew of to show how God feels about us, and how utterly ecstatic He is when we acknowledge our own unworthiness and turn to him.

Missing from the story, though, was an account of the prodigal’s mother. Surely, she had longed to hear from her boy, to receive some word that he was at least alive. And certainly, when she heard the sound of his greeting, her heart would have leaped right along with her husband’s. Who knows? She might have even beaten him down the street.

Lauren knew the story wasn’t about a literal, historical family, one with a real mom and dad. But if it had been, Lauren knew one thing for sure: that mama would have been praying.

God knows what it’s like to grieve over a prodigal child — and to rejoice over his return.

Listening to Lauren and Mike, I was reminded of any number of similar accounts people shared with me as I worked on this book. Mothers and fathers told me about their kids’ faith; how they’d grown up in the church, attended Christian camps, or gone on mission trips; and read The Chronicles of Narnia at bedtime. These parents, like so many I interviewed, had done everything in their power to produce Christian kids — and sometimes, as one parent put it, “A plus B really did equal C.” But sometimes (a lot of times, actually), it didn’t.

I think my favorite comment came from a mom whose daughter has walked a path no parent would choose for a child. Looking at all of the bad decisions (and tragic consequences) the girl has experienced, and stacking those things up against verses like Genesis 50:20 (“You intended to harm me, but God intended it for good”), this sweet mama summed up her perspective like this: “I don’t know what God is doing in my daughter’s life, or why she does the things she does. All I can figure is that she is working on her testimony. And it’s shaping up to be a good one.”

For parents who’ve staked their trust in the Lord (and for those who believe, as author Max Lucado puts it, that “we see a perfect mess; God sees a perfect chance to train, test, and teach”1), the idea that our kids are still “working on their testimonies” is a lifeline to hope. And it’s not just their stories that are still being written; Lauren and Mike don’t know what the future holds for William, but they’d be the first to tell you that his experience has shaped their own spiritual journey in a powerful way.

“We’ve prayed more than ever before,” Lauren told me, “and we’ve learned to wait on God. It’s hard not to let fear and worry cloud the picture, but the more we look into the bright light of God’s love, the more those dark things are obliterated. This trouble has been a gateway for us to get to know God better; our prayer is that it will also be a gateway for William.”

The light of God’s love is what scatters the darkness. Tether your prayers to the brightness of His promises.

“We’ve learned that we are completely helpless,” Mike added. “We cannot change or control our kids’ lives; all we can do is trust in a God who has given us great and precious promises.”

Mike is right. We are helpless, at least insofar as it comes to dictating the way our adult children think and behave. Many of them are out of our reach, physically, emotionally, and spiritually.

But they are not out of God’s — and He invites us to join Him in the work He is doing, through prayer. We are not helpless there; even when we have no idea how to pray, God has us covered. “The Spirit helps us in our weakness,” Paul writes in Romans 8:26.

We do not know what we ought to pray for, but the Spirit himself intercedes for us through wordless groans.

Excerpted with permission from Praying the Scriptures for Your Adult Children by Jodie Berndt, copyright Jodie Berndt.

Many believers have prodigal sons and daughters. You are not alone in praying Scripture over your loved one who has pushed Jesus away. Let’s pray together knowing that God is doing far more than we could ask or imagine to bring that lost one back to Himself! Come share your thoughts with us on our blog. We would love to hear from you! ~ Devotionals Daily