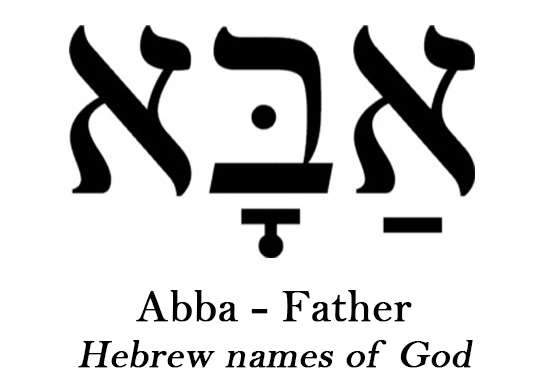 Though the Old Testament provides many rich names and titles for God, the New Testament reveals Him most fully. Jesus, in fact, shocked and offended the religious leaders of His day by claiming that He had a Father/Son relationship with the God whose name they feared even to pronounce. Furthermore, by inviting His followers to call God “Father,” He made this the primary name by which God is to be known to His followers. That’s why we can boldly pray the prayer Jesus taught His disciples,

Our Father who art in Heaven…

While he was still a long way off, his father saw him and was filled with compassion for him; he ran to his son, threw his arms around him and kissed him. — Luke 15:20

Now the tax collectors and “sinners” were all gathering around to hear Him. But the Pharisees and the teachers of the law muttered, “This man welcomes sinners and eats with them.”…

Jesus continued: “There was a man who had two sons. The younger one said to his father, ‘Father, give me my share of the estate.’ So he divided his property between them.

“Not long after that, the younger son got together all he had, set off for a distant country and there squandered his wealth in wild living. After he had spent everything, there was a severe famine in the whole country, and he began to be in need. So he went and hired himself out to a citizen of that country, who sent him to his fields to feed pigs. He longed to fill his stomach with the pods that the pigs were eating, but no one gave him anything.

“When he came to his senses, he said, ‘How many of my father’s hired men have food to spare, and here I am starving to death! I will set out and go back to my father and say to him: Father, I have sinned against heaven and against you. I am no longer worthy to be called your son; make me like one of your hired men.’ So he got up and went to his father.

“But while he was still a long way off, his father saw him and was filled with compassion for him; he ran to his son, threw his arms around him and kissed him.

“The son said to him, ‘Father, I have sinned against heaven and against you. I am no longer worthy to be called your son.’

“But the father said to his servants, ‘Quick! Bring the best robe and put it on him. Put a ring on his finger and sandals on his feet. Bring the fattened calf and kill it. Let’s have a feast and celebrate. For this son of mine was dead and is alive again; he was lost and is found.’ So they began to celebrate.

“Meanwhile, the older son was in the field. When he came near the house, he heard music and dancing. So he called one of the servants and asked him what was going on. ‘Your brother has come,’ he replied, ‘and your father has killed the fattened calf because he has him back safe and sound.’

“The older brother became angry and refused to go in. So his father went out and pleaded with him. But he answered his father, ‘Look! All these years I’ve been slaving for you and never disobeyed your orders. Yet you never gave me even a young goat so I could celebrate with my friends. But when this son of yours who has squandered your property with prostitutes comes home, you kill the fattened calf for him!’

Father, thank You for loving me even when I was “still a long way off.” You showed your gracious, fatherly love even when I bore little resemblance to You. Strengthen my identity as Your child and help me to glorify Your name by reflecting Your character. Amen.

The Hebrew Scriptures normally depict God, not as the Father of individuals but as Father to His people, Israel. Pious Jews, aware of the gap between a holy God and sinful human beings, would never have dared address God as Ab (Hebrew) or Abba, the Aramaic word for “Daddy,” which gradually came to mean “dear father.” Jesus shocked many of His contemporaries by referring to God as His Father and by inviting His followers to call God “Father.” Rather than depicting God as a typical Middle Eastern patriarch who wielded considerable power within the family, He depicted Him primarily as a tender and compassionate father, who extends grace to both the sinner and the self-righteous.

The most frequent term for “father” in the New Testament was the Greek word pater. The first recorded words of Jesus, spoken to His earthly parents, are these: “Didn’t you know I had to be in my Father’s house?” (Luke 2:49). In John’s gospel, Jesus calls God His Father 156 times. The expression “Abba, Pater” (AB-ba pa-TAIR) is found three times in the New Testament, all in prayer. It is the form Jesus used in His anguished cry in Gethsemane:

Abba, Father, everything is possible for You. Take this cup from Me. Yet not what I will, but what You will. — Mark 14:36

1.  Who is Jesus speaking to when He tells the story of the wayward son? What might be a counterpart audience in our world?

2.  How have you experienced the kind of grace this father extended to his son?

4.  How is grace offered to both the law breaker and the law keeper in this story?

5.  With whom do you most identify in this story? Why?

6.  Jesus does not tell us how the older son responds to his father’s explanation. Why do you think the story is left open-ended?

7.  What does this parable reveal about our heavenly Father? 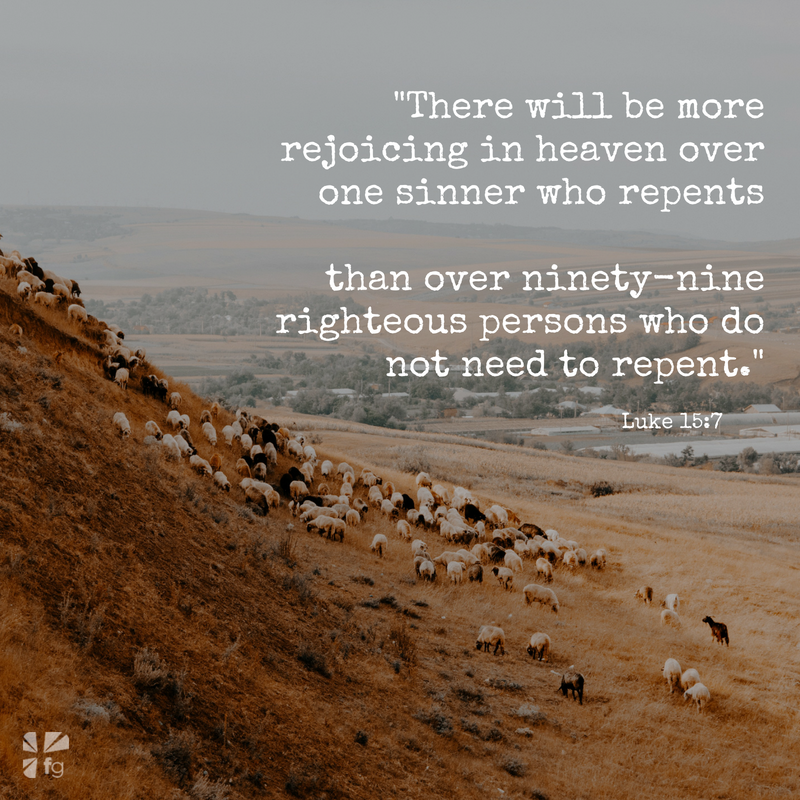 “But while he was still a long way off, his father saw him and was filled with compassion for him; he ran to his son, threw his arms around him and kissed him….

“The older brother became angry and refused to go in….

Offer Thanks: That God is not only our King and Lord but also our Father.

Confess: Any attempts to earn your way into the Father’s good graces.

Ask God: To reveal Himself as Father.

If you want to perceive who God the Father is, earthly models will fail you. Far better to read the parable Jesus told an audience composed of both sinners and self-righteous religious leaders, two groups that had much in common though they would not have thought so. Jesus offers both a stunning portrait of a father who responds to the appalling behavior of two sons in ways no Middle Eastern patriarch would have.

In Jesus’ time the Jewish community had a way of punishing sons who lost the family inheritance, squandering it among Gentiles. Angry villagers would gather together to conduct what was known as a qetsatsah ceremony, a ritual that consisted of filling a large pot with burned nuts and burned corn and then breaking it in front of the guilty party. As the earthenware pot shattered, the villagers would shout: “So-and-so is cut off from his people.” That would be the cue for the errant son to get out of town for good.

Remarkably, the father in Jesus’ story failed to act as His listeners expected. Instead of waiting at home for his profligate son to come crawling back, as any dignified Middle Eastern father would have done, the father in Jesus’ story keeps a lookout for him. As soon as he spots him, he runs out and throws his arms around his wayward son, showering him with kisses. By acting quickly and with so much tenderness, the father effectively prevents his neighbors from organizing a qetsatsah ceremony to cut off his son. Kenneth Bailey, a theologian who has lived most of his life in the Middle East, explains how astonishing such a sight would have been:

Traditional Middle Easterners, wearing long robes, do not run in public. They never have. To do so would be deeply humiliating. The father runs knowing that in so doing he will deflect the attention of the community away from his ragged son to himself. People will focus on the extraordinary sight of a distinguished, self-respecting landowner humiliating himself in public by running down the road revealing his legs.

But what of the older son, angered by his father’s acceptance of his foolish younger brother? Once again, Jesus depicts the father in a way that would have surprised His listeners. Instead of slapping his son and publicly rebuking him for refusing to attend the celebration, the father humbles himself by leaving the feast in order to reach out to his angry son.

Both sons, one a law breaker and the other a law keeper, had publicly offended their father by their selfish behavior. Both were offered not what they deserved but what they needed — extraordinary grace from the father who loved them.

Ask yourself today whether you are more like the older or the younger of these sons. Then thank God for treating you not as you deserve to be treated but as a child worthy of His faithful, fatherly love.

Come join the conversation about the two sons and the prodigal father on our blog. We want to hear from you!