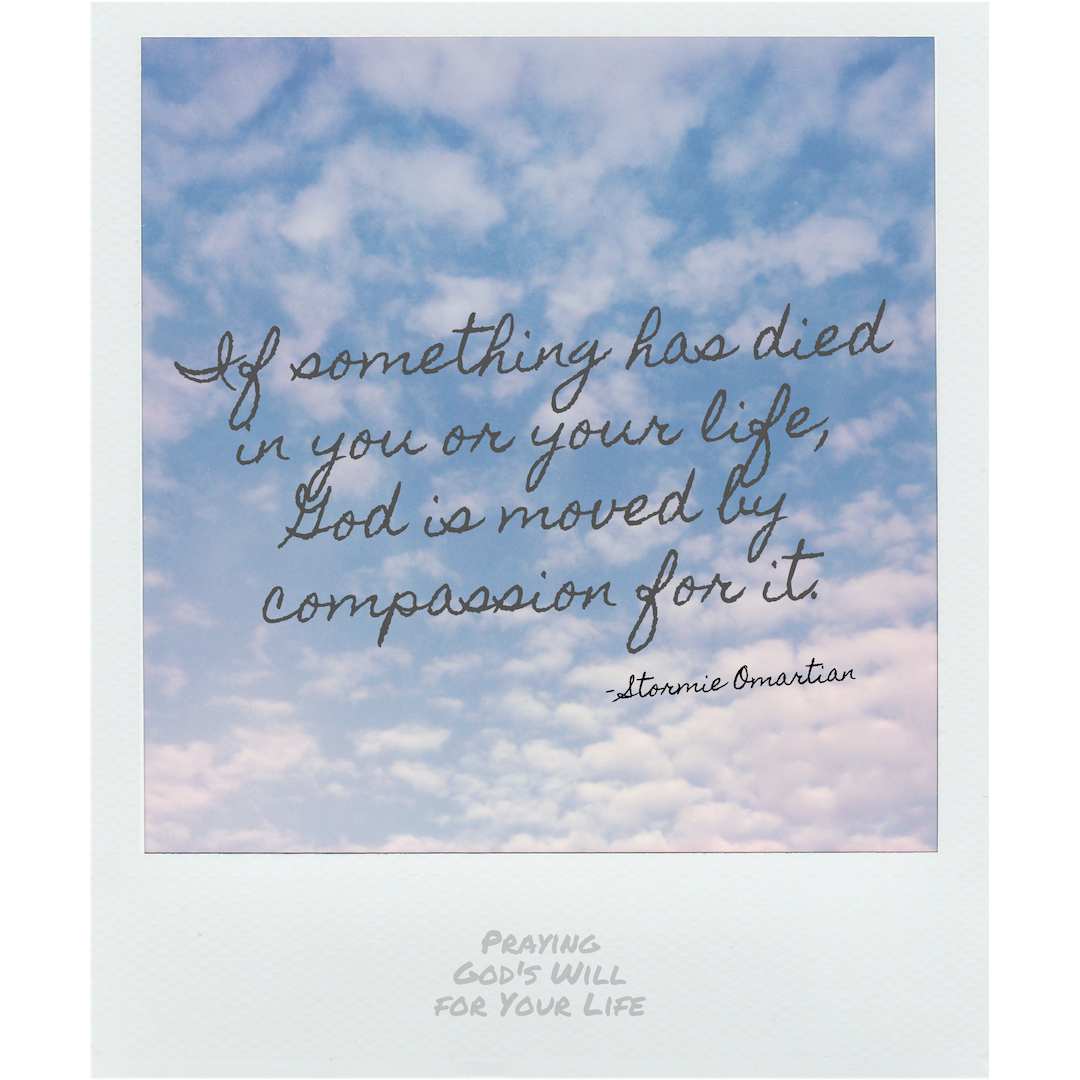 Once I’d begun to know God as Savior, as Father, and as Holy Spirit, I found I needed to expose many areas of my life to His influence. This was difficult because it called for my deepening trust. Until then I’d had few positive experiences when someone other than myself was in control of my life.

In every house I lived in when I was growing up, we always had rooms that no one was allowed to see. They contained a confusing clutter of items rendered useless by their overwhelming number and lack of order. One reason my mother never wanted anyone to come to our house (aside from the fact that it was too exhausting for her to keep up a front of normalcy) was that she was afraid someone would see the secret rooms. These rooms were reflective of our family life. The secret of my mother’s mental illness had to be hidden at all costs. When I grew up, it was as if those secret rooms in our home became secret places in my heart. I kept so many parts of me hidden that I lived in terror that they would be discovered and I’d be rejected.

When I first received Jesus into my heart, I showed Him into the guest room. The problem was, He wasn’t content to stay there.

He kept knocking on one door after another until I was opening doors to rooms I had never even known were there. He exposed every dark corner of each room to His cleansing light. I soon realized that He wanted me to acknowledge Him as Lord over every area of my life.

One such room in my heart was the issue of having children. I married my husband, Michael, about three years after I received Jesus, and because so much was happening in our lives at that time, we never really discussed children. I had a million reasons for not wanting any, not the least of which was the fear that I would perpetuate my own crippled upbringing. I couldn’t bear to watch myself destroy an innocent life. As God knocked on one door after another — finances, marriage, attitudes, appearance, friendships — I opened up to His lordship. Yet I turned a deaf ear as He tapped relentlessly at the door of motherhood, which was dead-bolted by my selfishness and fear. The knocking persisted, however, challenging my daily “Jesus, be Lord over every area of my life” prayer.

One morning about a year after we were married, friends stopped us before church to show off their new son. As I held him briefly, I had a vision of holding a child of my own. Later in church I thought about that moment, and the possibility of having a baby suddenly seemed pleasant.

Okay, Lord, I thought, if we’re really supposed to have a child, let me hear something to that effect from Michael. With that I put the matter totally out of my mind.

Later that afternoon, Michael turned to me and said, “That baby you were holding this morning before church was so cute. Maybe we should have one of our own.”

“What?” I said in disbelief. “Are you serious?” “Sure. Why not? Isn’t that what people do?” he asked. “Yes, but I’ve never heard you say anything like that before.” Remembering my quick prayer that morning, I prayed silently, Lord, it’s frightening how fast You can work sometimes. May Your perfect will be done in my life.

Even though I was still fearful and apprehensive, I knew the time had come when God was going to bring life to a place in me that had died years before. I sensed that allowing Him to be Lord over this area would be a major part of the redemption of all that had been lost in my life.

GIVING HIM THE RUN OF THE HOUSE

When you invite Jesus into the home of your being (being born again), you are supposed to also give Him the run of the house (making Him Lord over your life). However, many of us are slow to do that completely. Whether we admit it or not, we hesitate to believe that God can be trusted with every area of our lives.

Trust in the LORD with all your heart, And lean not on your own understanding; In all your ways acknowledge Him, And He shall direct your paths. — Proverbs 3:5-6, emphasis added

Notice that word all. It’s very specific. If we want things to work out well, we have to acknowledge Him as Lord over all areas of our lives. I had to be willing to give God the right- of-way by frequently saying, “Jesus, be Lord over every area of my life.” Then as He pointed to places where I had not opened the door to His rulership, I let Him in.

I know now that God does this with all people who invite Him to dwell in their lives. Some people give Him total access to the home of their being right away. Others leave Him standing in the entryway indefinitely. Many people do as I did and allow Him to gain entrance slowly. When He knocks on different doors inside you, just know that He will never bulldoze His way in and break down the walls. He will simply knock persistently and quietly and, as He’s invited, will come to gently occupy each corner of your life to clean and rebuild.

In Jesus’ time on earth He touched dead bodies and restored them to life. He also touched lepers and restored them to health. He will do as much for you right now. He will never say, “You are untouchable to Me; you are too far gone; you smell too bad; your failure is too great; your circumstances are too dead.”

If something has died in you or your life, God is moved by compassion for it. Wherever there are dead places in you, He will breathe life into them. He cares about your feelings and weaknesses. He desires to touch you with healing and life, but He will not do it unless you first acknowledge Him as Lord over those areas and invite Him into the situation. The fact that He won’t touch those areas without an invitation from you is not an indication that He doesn’t care; rather, He has given you a choice. Will you choose to open up and share every part of yourself with Him and let Him reign in your life?

When my husband and I lived in California, we had a house that was open, with few walls on the inside. People would tell me, “When I come into your house, I can’t just stay in the entryway. I have to walk into the living room, kitchen, or den.” Because of the lack of barriers, the home itself invited them to move through it. I believe this reflects the way our relationship with God is supposed to be. When the barriers are down, He is not restricted from going into any area He desires. That means we are open to whatever God wants to do in us, no matter how uncomfortable it may feel at the time. The happiest people I know put all of their lives into God’s hands, knowing that wherever He is enthroned, no threat of hell can succeed against them.

Acknowledging God as Lord over every area of your life is an ongoing act of will. Because of that, I recommend saying a short prayer like this every morning when you wake up:

God, I acknowledge You as Lord over every area of my life this day. Help me walk in Your perfect will in all that I do and everything that I say.

Is God relegated to the guestroom of your heart? Or does He have the rulership over every area of your life? Every single area without any dark corners? What barriers do you need to take down? Come share with us on our blog! We want to hear from you!