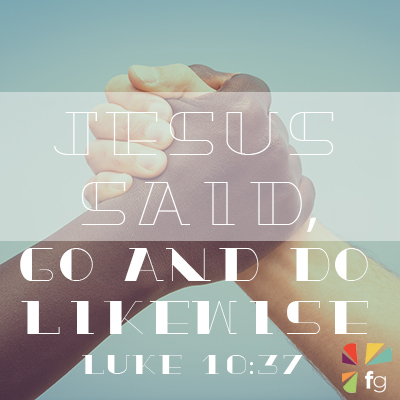 Okay, go ahead and try to fill in the following sentences with the word that fits in the blank. We’re talking about prejudice here, so don’t cop out and act like you don’t have any answers. To get to the bottom of prejudice, it’s important to confront the stuff we think inside. So go ahead and be honest here…

When you see people cruising toward you, how can you tell whether or not they’re jocks? What about geeks, punks, Muslims, or homosexuals; how can you spot them?

If you can come up with answers to these questions, then you’re just like the rest of us. Though you know it’s wrong to judge a person by the outside, you still do. Sometimes you spot a few things about a person right off the bat and then immediately label him or her. She’s a prep. He’s a Jew. They’re white trash.

Welcome to the world of prejudice. The reason I’m having you check out what you think about is because it’s the easiest way for us to see what’s up with stereotypes. If you came up with answers for any of the questions above, then you know what a stereotype is. It’s a way to sum up a whole group of people by what they do, what they look like, or what they’re interested in.

Prejudice is all about opinion. It’s something that’s not about facts, and it ignores our individuality. Prejudice is an opinion you come to without looking at the real information. It’s an ongoing problem in our society. And as the globe becomes a smaller place with things like the Internet and television, knowing where your head’s at with prejudice can only help you out in the long run.

Some people get beautiful faces; others get all the brains. The whole idea of equality when it comes to our physical bodies or our personal qualities and skills just doesn’t hold true. We’re not all equal in those ways.

But we are all equal as human beings. We all get nervous, cry, laugh, dream, get angry, and want community with other people. All this stuff is part of human nature. It’s just the way God made us.

That’s what equal means when we get down to it. It means that underneath all the looks and abilities, people have the same value. They have bodies, hearts, minds, and souls, just like us. They are made by God. This is the first place to begin when trying to understand what prejudice is all about. We have to get into our heads that we’re God’s creations, just like everybody else. We’re all human beings, and in that way, we’re all equal to one another.

When prejudice creeps into our minds, we forget that. Instead of seeing other people as human beings, just like us, we see the person as a label. Some labels are about race, while other labels are about how much money people make or what country they come from. Either way, the label doesn’t describe the person inside. It’s just a name that people use without knowing the person underneath.

How does this end up happening? Why are people prejudiced in the first place?

Back in the Day…

Prejudice goes way back in human history. Remember the story in the New Testament about the good Samaritan? It’s in the book of Luke. It tells about how only one out of three men stopped to help a guy who’d been robbed. A Jew, A Levite, and a Samaritan all have the chance to help the guy. Only the Samaritan helps out.

The big deal with prejudice in this story is that the one guy who helps is typically considered the scumbag of the bunch. In ancient times, Samaritans were the lowest of the low. So when Jesus told this story, people probably figured that it would have been the Jewish guy or the Levite who’d stop and help, not a dirty Samaritan.

But Jesus busts this bubble of prejudice. Jesus makes the Samaritan the hero of the story. The Samaritan isn’t dirty at all. Instead, he’s kind, generous, and helpful, just like you’d want someone to be.

Every generation that’s lived has had to deal with people being mean, violent, rude, or aggressively opposed to some other group. History has given us Caucasians who’ve oppressed African-Americans (slavery), Germans – Nazis – who hated Jews (the Holocaust, or shoah), Americans afraid of Japanese (U.S. internment camps), and most recently, extremist Muslims attempting to destroy Americans (9/11). These are the most hard-core, heavy-hitting examples.

But we’ve also seen other examples. In America, Native Americans were often killed and beaten for practicing “witch-craft.” African-Americans used to be segregated, lower-class citizens because of their skin color. Women didn’t have the right to vote.

In all of these cases, from the Samaritan in the Bible to the victims of 9/11, we can learn about prejudice by getting to its source: stereotypes, misinformation, and fear.

Excerpted with permission from A Girls Guide to Life: The Real Dish on Growing Up, Being True, and Making Your Teen Years Fabulous! by Katie Meier, copyright Thomas Nelson, 2010.

Did you feel yourself cringe at your answers to the questions above? Have you experienced prejudice in your own life or observed it in your community? How can we respond as Jesus did to prejudice? 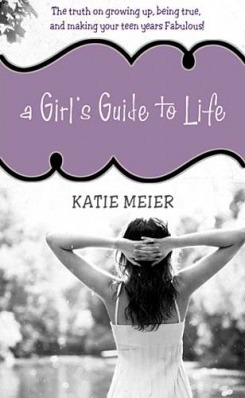