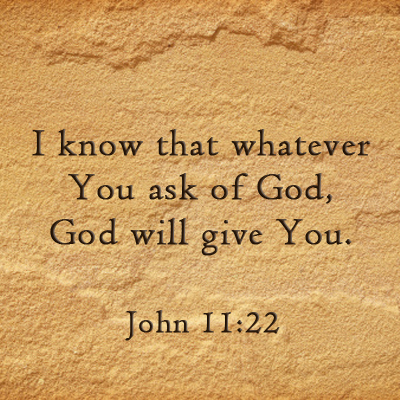 Jesus raised His friend Lazarus from the dead. What was significant about the words of the dead man’s sister Martha when Lazarus still lay in the grave?

When Jesus heard the news of His friend’s death, He delayed going to the grave. (The delay of four days ensured that no one could misinterpret the miracle as a fraud or mere resuscitation.)

Martha first said to Jesus upon His arrival,

Lord, if You had been here, my brother would not have died. But even now I know that whatever You ask of God, God will give You. – John 11:21-22

Martha’s words were not a rebuke of Jesus, but a testimony of her trust in His healing power. Martha was not saying that she believed Jesus could raise Lazarus from the dead, but that she knew He had a special relationship to God so that His prayers could bring some good from this sad story.

With this miracle, Jesus authenticated His claims to be the Messiah and Son of God. No resurrection or eternal life exists outside of the Son of God. Time is no barrier to the one who has the power of resurrection and life for He can give life at any time.

What miracle is recorded in all four Gospels?

The story of the feeding of the five thousand is the only miracle recorded in all four Gospels. John’s account of this miracle emphasized the creative power of Christ and decisively supported John’s aim to demonstrate the deity of Jesus (John 6:1-14).

Consider some of the details: The number of men was five thousand, not including women and children, who probably brought the total up to twenty thousand. “Sheep not having a shepherd” (Mark 6:34) is an Old Testament picture used to describe the people as helpless and starving, lacking in spiritual guidance and protection, and exposed to the perils of sin and spiritual destruction. The disciples ask Jesus, “Shall we go and buy two hundred denarii worth of bread and give them something to eat?” (Mark 6:37). A single denarius was equivalent to a day’s pay for the day laborer. Two hundred denarii would therefore equal eight months’ wages and be quite beyond the disciples’ means.

What was the crowd’s response to Jesus’ miraculous provision for their empty stomachs?

These people desired a Messiah who met their physical, rather than spiritual, needs. They wanted an earthly, political Messiah to meet all their needs and to deliver them from Roman oppression.

Their reaction typifies many who want a “Christ” who makes no demands of them, but of whom they can make their selfish personal requests. “Give us this bread always” (John 6:34) implies that they wanted Jesus to produce food from heaven every day from then on – like a genie who would magically grant them any wish that struck their fancy. After all, they suggested, that’s very much like what Moses did for the Israelites in the wilderness: the manna came every day. These people were basically offering to make a deal with Jesus: they would believe in Him if He would agree to make food for them from now on, whenever they demanded it.

Does that hit home for you? Martha’s trust no matter what vs. the crowd’s desire that Jesus meet their physical needs without offering their full trust no matter what? Come join the conversation on our blog! We would love to hear from you! ~ Devotionals Daily 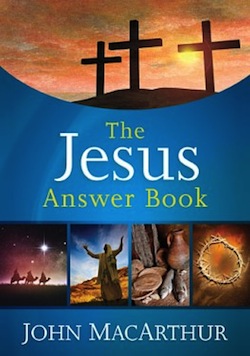