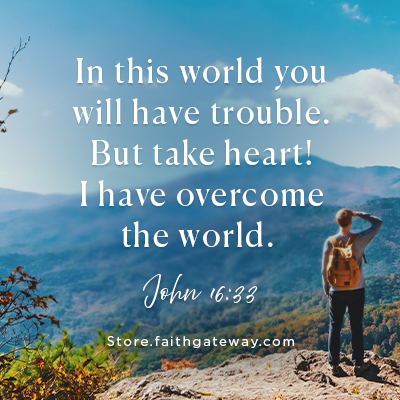 May the God who gives endurance and encouragement give you the same attitude of mind toward each other that Christ Jesus had, so that with one mind and one voice you may glorify the God and Father of our Lord Jesus Christ. Accept one another, then, just as Christ accepted you, in order to bring praise to God…

May the God of hope fill you with all joy and peace as you trust in Him, so that you may overflow with hope by the power of the Holy Spirit. — Romans 15:5-7, Romans 15:13

The purpose of Scripture, Paul says in Romans 15:4, is so that “we might have hope.” He was speaking, of course, of Israel’s scriptures [the Old Testament], but with hindsight the same applies to the early Christian writings [the New Testament].

If that is so, then a prominent purpose of New Testament study ought to be to explain and illuminate the substance of that hope. In fact, we could even say that the mission of the Church is to share and reflect the future hope as the New Testament presents it.

Hope is, in fact, the foundation for the daily workings of a church.

Where the Church Can Spread Hope

Faithful Christian ministry will often take Jesus’ followers to places where hope is in short supply:

We are called to work with, and for:

To such places, and the sad people who live in them, as well as to those who find themselves battered by circumstances beyond their control, the message of Jesus and His death and resurrection comes as good news from a far country, news of surprising hope.

The Church, in the power of the Spirit, must signal in its life and teaching that there is:

Life… does have purpose; there is comfort for those weighed down by moral injury; narcissism is not the true “normal;” there is something more powerful than economics and bombs.

There really is a different way to be human, and it has been decisively launched with Jesus.

In this world you will have trouble. But take heart! I have overcome the world. – John 16:33

The New World God Is Making

There is a new world, and it has already begun, and it works by healing and forgiveness and new starts and fresh energy.

The world will probably raise its cynical eyebrows: can these things really be true?

Yes, answers the Church; and they come about as people worship the God in whose image they are made, as they follow the Lord who bore their sins and rose from the dead, as they are indwelt by His Spirit and thereby given new life, a new way of life, a new zest for life.

It is often pointed out that some of the places most lacking in hope are not the industrial wastelands or the bleak landscapes shorn of beauty, but the places where there is too much money, too much high culture, too much of everything except faith, hope, and love. This is the good news — of justice, redemption, truth, beauty, and above all Jesus — that the Church is called upon to live and to speak, to bring into reality, in each place and each generation.

The Church, because it is the family that believes in the new creation, a belief constantly reinforced by the New Testament, should stand out in every city, town, and village as the place where hope bursts forth. Not just hope that something better lies in “the hereafter;” rather, a belief that God’s new world has been sown, like seeds in a field, and that it is already bearing surprising fruit.

The life of the new world has already been unleashed in the present time, and what we do as a result of that life, that Spirit-given direction and energy, is already in itself part of the new world that God is making.

Where this hope takes root, the story told by the whole New Testament comes to life again and again: through Jesus, and by His Spirit, the new world has been born.

All that we do in the present, in working for justice and beauty, in searching for truth in every sphere of life, above all in speaking cheerfully and wisely of Jesus, is rooted in the scriptures, both of Israel and of the early Church, and is designed to produce hope.

What’s one verse of Scripture that gives you hope right now? Going one step further, what’s one verse that you think sums up the Christian hope — the reason why we can be people of hope? If you get stuck, here are some ideas to consider: John 16:33, Philippians 2:5-11, Matthew 9:1-4.Come share your thoughts with us on our blog. We want to hear from you!