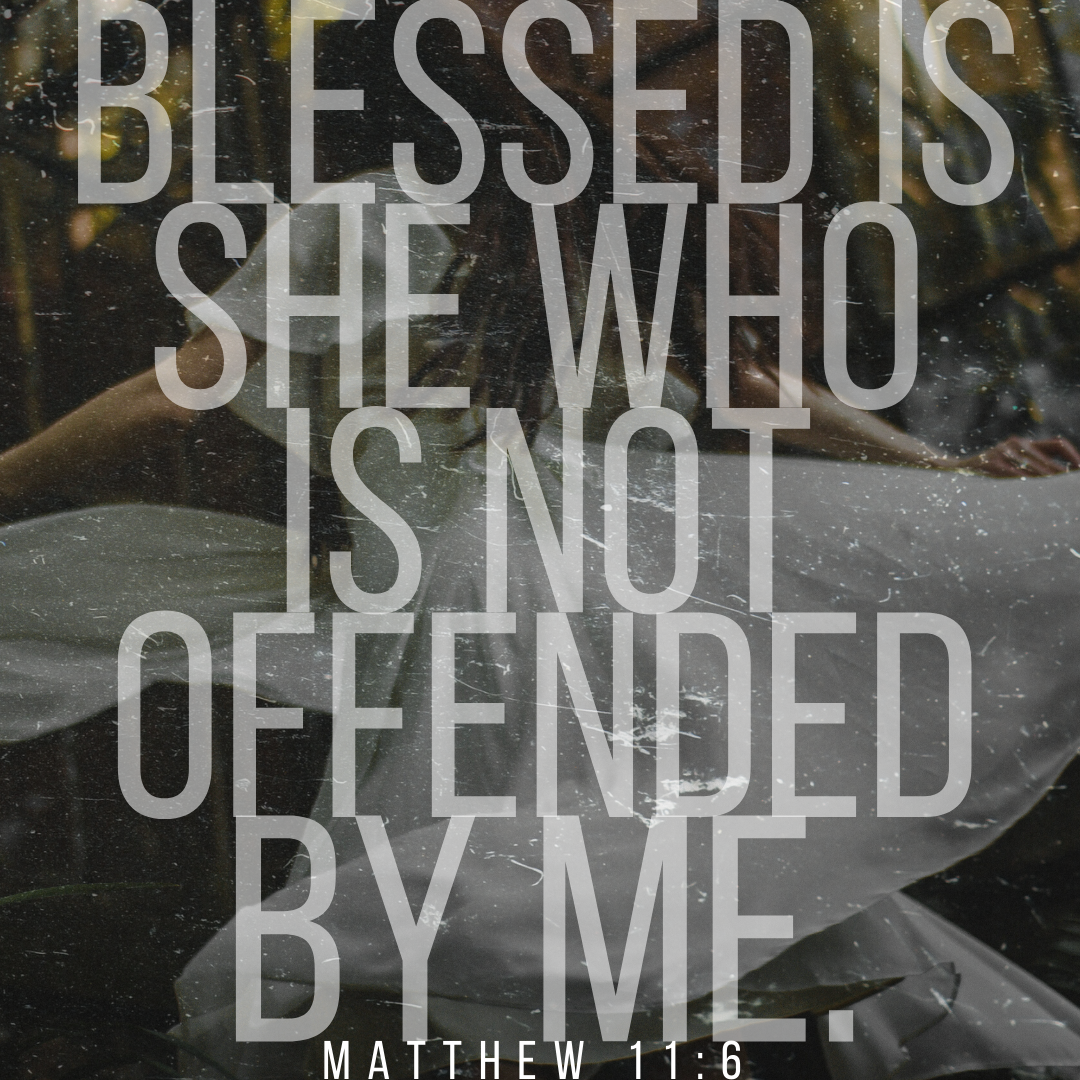 A God who is with you in your doubt ~ John Flavel, Late minister of the Gospel at Dartmouth

It was my third trip to the airport in four days. And I had at least a half dozen more coming up in the days to follow.

The day after traveling home from a conference and doing a quick load of laundry, I drove back to the airport to pick up a colleague, Byron Emmert, and his wife, Linda. He and I were co-leading a communication conference that week in Colorado Springs.

As often happens with longtime friends, we quickly bypassed the chitchat and dove into the deep end of spiritual conversation. I was five months out from my second diagnosis of cancer and two months out from my dad’s diagnosis of terminal pancreatic cancer. Although I was juggling more than a few emotions and questions, my faith held strong. It was to this subject that Byron directed his question.

“So how are you doing, really?”

I glanced at him in the passenger’s seat. He looked at me with knowing eyes. Our long-standing friendship had earned him the right to ask honest questions. And require honest answers.

I don’t remember exactly what I said. But I told him the truth as best I could: I trusted God’s goodness and presence in the circumstances we understand as well as in those we don’t. It was difficult to fathom why God would allow our family to deal with so much loss back to back. It seemed insensitive at best, callous at worst.

But I went on to mention the biblical story of John the Baptist and how his lack of understanding about his imprisonment had led him to wonder whether he’d had it wrong all along.

“I can’t stop thinking about him,” I told Byron and Linda. “He’d done everything right. He knew the Bible, followed it, made more sacrifices than most in his service to God. He even lived in the wilderness eating insects, for crying out loud.”

I stared out the windshield, tried to understand what I’d contemplated many times.

“It just doesn’t make sense,” I continued. “Why didn’t Jesus do something?”

For the rest of our drive, from Denver to Colorado Springs, we talked about God’s sovereignty and wrestled with the apparent inconsistency of His intervention. And then how, as we sit in the prisons of our disappointment, we tend to question the reality of the God we’ve always loved. At the end of our drive, we parked in the venue parking lot and exited the car with our faith intact. With our confidence in God’s presence and purposes still strong. Because our conversation centered on the theoretical, not the experiential.

I thought little of our conversation at the time. We faced the questions and overcame with faith. Surely that was the end of our trials.

I suspect the conversation was God’s preparation. Because in the months following, the three of us faced circumstances that defied explanation and left us each breathless with the fight.

Two weeks after that, Linda had emergency surgery for a torn detached retina which resulted in extremely impaired vision in her left eye. Eight hours after Linda’s surgery, Byron had a stroke in an optic nerve which resulted in blindness in his left eye.

Then, ten weeks after burying my dad, I found out I had cancer for the third time with no promise of a cure.

And the words we’d shared so casually that day in the car came back to haunt me. And to test me.

If there’s one verse my dad quoted more than any other while I was growing up, it was Galatians 6:7:

Do not be deceived: God cannot be mocked. A man reaps what he sows.

He usually wielded these words to curb any thought of disobedience, packaged with a stern look and a healthy dash of the fear of God. It worked. I was scared into submission, certain that if I made the smallest error, the God with the Great Big Seeing Eye would send down blazing consequences to purify me of my bad behavior.

On the upside, this saved me from the mistakes many of my peers stumbled into. I don’t have any adolescent rebellion stories that fill my gut with regret.

On the downside, this fear-based obedience turned my interaction with God into something transactional. If I wanted a good life and unconditional love, I needed to do everything the Bible says — front to back. If I failed, any complications were my fault. Two plus two equals four, always.

Except when it doesn’t. Sometimes the math doesn’t work, and no one can explain why it doesn’t.

This is what happened to John the Baptist.

Before birth, John had been marked as God’s chosen forerunner to the Messiah, a town crier who would get the people ready for the coming King. Prophets like Isaiah (Isaiah 40:3-5) and Malachi (Malachi 3:1; Malachi 4:5-6) foretold John’s life and messianic significance hundreds of years before he took his first breath.

Then there was the matter of his miraculous birth. His parents, Elizabeth and Zechariah, were both descendants of Aaron, of the tribe of Levi, Jacob’s third son. Those in the tribe of Levi were set apart as priests of God, mediators between the people and God’s presence in the temple. The same tribe of priests who carried the ark of the covenant across the Jordan River hundreds of years before.

One day, while Zechariah served as a priest in the temple, God appeared to him in a vision (Luke 1:5-25). In spite of his old age and his wife’s barrenness, he and Elizabeth would have a son. And that child would be precursor to the Christ.

A connection between the people and God’s promised salvation.

Knowing the significance of their son’s life, Elizabeth and Zechariah raised him accordingly. When he was a young man, he went off to live in the wilderness, set apart for his sacred purpose. He called God’s people to repent, to turn their hearts back to God, and he preached the good news to anyone who would listen (Matthew 3:1-12; Mark 1:1-8; Luke 3:1-20).

When Jesus was grown and ready to walk His hard road, He went to John to be baptized. John was the one to put his hands on Jesus, to lower Him and raise Him up again from the water. John saw the Spirit of God descend like a dove and land on Jesus, and he heard God’s booming approval of His presence in the flesh of His only Son (Matthew 3:13-17; Luke 3:21-22).

The math was adding up.

Until, a short time later, King Herod threw John in prison (Luke 3:20). Angered by John’s no-nonsense truth-telling about his illegitimate wife, Herodias, Herod locked him up, far removed from his wilderness preaching and the Messiah he’d spent a lifetime serving.

And in the dark basement of his dungeon, John’s white-hot faith flickered.

Am I being punished?
Did I misread the signs?

I imagine he huddled on the filthy floor, both claustrophobic and cold after a lifetime in wide open spaces. Perhaps he ruminated over every word, rehearsed every decision, reexamined every step leading up to his predicament.

There must be an explanation. There has to be a reason why.

He needed reassurance, a black-and-white answer. I believe that’s why he sent his closest friends to find Jesus and ask Him straight up.

Are you the one who is to come, or should we expect someone else? — Matthew 11:3

You hear it, right? The shred of doubt. The ache for an answer to a prison-inspired question.

John’s question does not surprise me. Some theologians believe John’s question and errand were for his followers more than himself, that his faith was far too strong to experience doubt. And yet I know firsthand it doesn’t take long in a dark prison to turn the staunchest faith upside down. Expectation is a possessive lover, likely to choke you when her needs aren’t met.

While John’s possible doubt makes me feel less alone in my own, I find the greatest comfort in Jesus’ response.

Go and tell John what you hear and see: the blind receive their sight and the lame walk, lepers are cleansed and the deaf hear, and the dead are raised up, and the poor have good news preached to them. And blessed is the one who is not offended by Me. — Matthew 11:4-6 ESV

Soon after John’s message and Jesus’ response, Jesus performed one of His greatest miracles: the feeding of the five thousand. An impressive miracle that appears in all four of the gospel accounts. And yet John ended up beheaded at Herod’s command.

Five thousand strangers fed with a prayer. One close friend neglected and dead.

It’s hard for me to understand, the seemingly random giving and withholding of miracles. Something in me stings with the injustice of it, perhaps because so many of my prayers remained unresolved. John had a need, and Jesus ignored it or, at the least, didn’t do anything about it.

Blessed is the one who is not offended by Me, He said.

The NIV translates the word offended as “stumbles.” The Amplified and NASB, “take offense.” The NLB, “fall away.” And TLB, “doubt.” But the Greek word here is skandalizo, from which we get the word scandalized. One source describes the meaning as “a trap, stumbling block… To throw someone unawares into ruin.”1

I read and reread Jesus’ words and wrestled with the translations, trying to understand the intention of His words and the emotion of His heart. Although my doubts tried to drown out truth, I could almost hear a whisper in my ear.

Blessed is she whose faith is not ruined by Me.

“Why didn’t Jesus do something?” Have you ever been offended at God? I have. Has He left you with unanswered prayers? Yep. Some prayers He’s answered and on some He’s remained grievously silent. Can you wrestle with that truth and still hang onto faith? That’s the clarion call of the believer! Come share with us on our blog. We want to hear from you! ~ Laurie McClure, Faith.Full