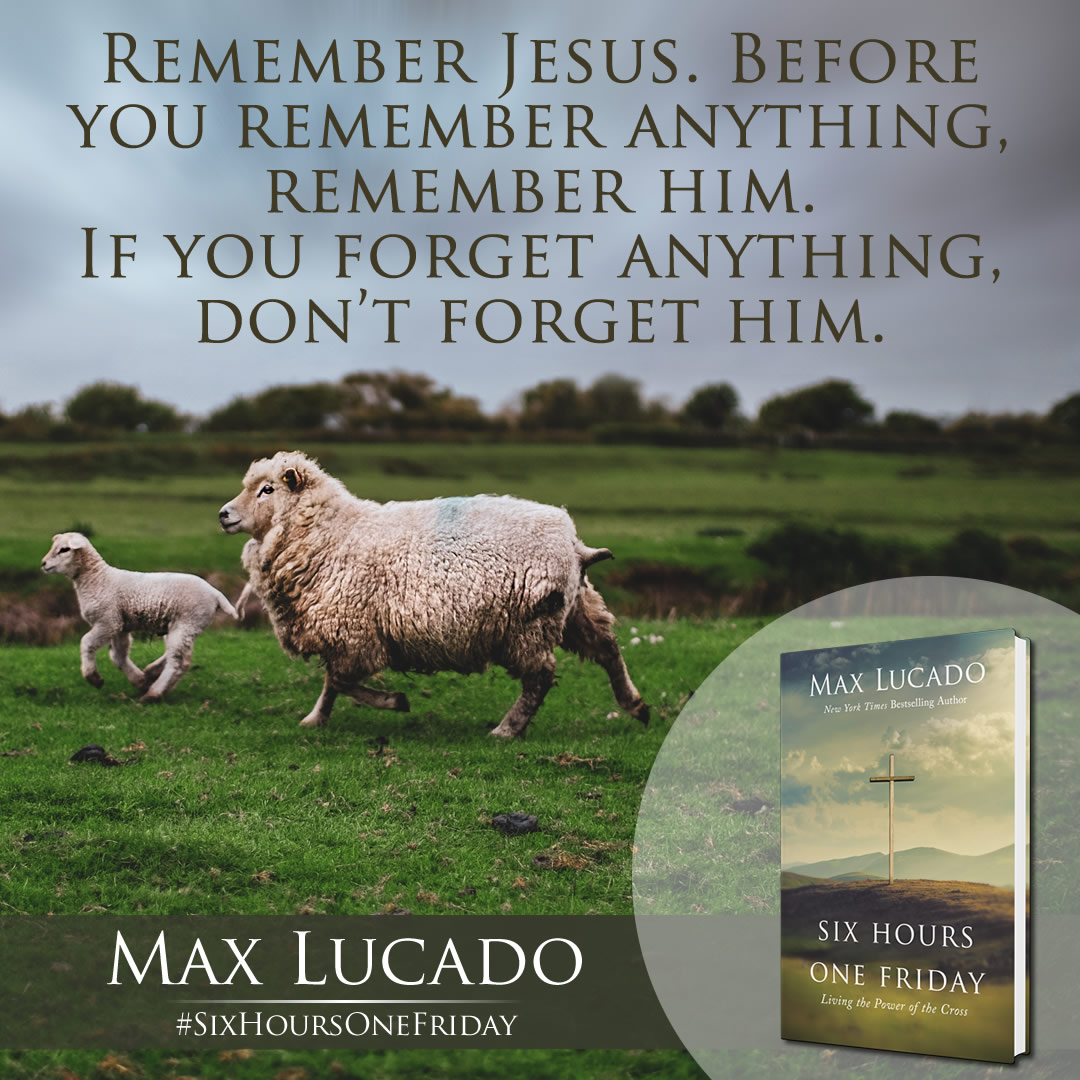 On the evening of that first day of the week, when the disciples were together, with the doors locked for fear of the Jews… — John 20:19

The Church of Jesus Christ began with a group of frightened men in a second-floor room in Jerusalem. Though trained and taught, they didn’t know what to say. Though they’d marched with Him for three years, they now sat… afraid. They were timid soldiers, reluctant warriors, speechless messengers.

Their most courageous act was to get up and lock the door.

And well they should, for it was an hour of self-examination. All their efforts seemed so futile. Nagging their memories were the promises they’d made but not kept.

When the Roman soldiers took Jesus, Jesus’ followers took off.

With the very wine of the covenant on their breath and the bread of His sacrifice in their bellies, they fled.

All those boasts of bravado? All those declarations of devotion? They lay broken and shattered at the gate of Gethsemane’s garden.

We don’t know where the disciples went when they fled the garden, but we do know what they took: a memory. They took a heart-stopping memory of a Man who called Himself no less than God in the flesh. And they couldn’t get Him out of their minds. Try as they might to lose Him in the crowd, they couldn’t forget Him. If they saw a leper, they thought of His compassion. If they heard a storm, they would remember the day He silenced one. If they saw a child, they would think of the day He held one. And if they saw a lamb being carried to the temple, they would remember His face streaked with blood and His eyes flooded with love.

No, they couldn’t forget Him. As a result, they came back. And, as a result, the Church of our Lord began with a group of frightened men in an upper room.

Sound familiar? Things haven’t changed much in two thousand years, have they? How many churches today find themselves paralyzed in the upper room?

How many congregations have just enough religion to come together, but not enough passion to go out? If the doors aren’t locked, they might as well be.

“Sure, we’re doing our part to reach the world. Why, just last year we mailed ten correspondence courses. We’re anticipating a response any day now.”

“World hunger? Why, that’s high on our priority list! In fact, we have plans to plan a planning session. At least, that is what we are planning to do.”

Good people. Lots of ideas. Plenty of good intentions. Budgets. Meetings. Words. Promises. But while all this is going on, the door remains locked and the story stays a secret.

But in the midst of these items there is one basic ingredient that cannot be overlooked. There is one element so vital that its absence ensures our failure. What is needed to get us out is exactly what got the apostles out.

But little did they know their wildest dream wasn’t wild enough. Just as someone mumbles, “It’s no use,” they hear a noise. They hear a voice.

Every head lifted. Every eye turned. Every mouth dropped open. Someone looked at the door.

It was still locked.

The one betrayed sought His betrayers. What did He say to them? Not “What a bunch of flops!” Not “I told you so.” No “Where-were-you-when-I-needed-you?” speeches. But simply one phrase: “Peace be with you.”

It was too good to be true! So amazing was the appearance that some were saying, “Pinch me, I’m dreaming” even at the ascension (Matthew 28:17). No wonder they returned to Jerusalem with great joy (Luke 24:52)! No wonder they were always in the temple praising God (Luke 24:53)!

Therefore let all Israel be assured of this: God has made this Jesus, whom you crucified, both Lord and Christ. — Acts 2:36

No timidity in his words. No reluctance. About three thousand people believed his message.

The apostles sparked a movement. The people became followers of the death-conqueror. They couldn’t hear enough or say enough about Him. People began to call them “Christ-ians.” Christ was their model, their message. They preached “Jesus Christ and Him crucified,” not for the lack of another topic, but because they couldn’t exhaust this one.

What unlocked the doors of the apostles’ hearts?

Simple. They saw Jesus. They encountered the Christ. Their sins collided with their Savior and their Savior won! What lit the boiler of the apostles was a red-hot conviction that the very One who should have sent them to hell, went to hell for them and came back to tell about it.

A lot of things would happen to them over the next few decades. Many nights would be spent away from home. Hunger would gnaw at their bellies. Rain would soak their skin. Stones would bruise their bodies. Shipwrecks, lashings, martyrdom. But there was a scene in the repertoire of memories that caused them never to look back: the Betrayed coming back to find His betrayers, not to scourge them, but to send them. Not to criticize them for forgetting, but to commission them to remember. Remember that He who was dead is alive and they who were guilty have been forgiven.

Have you registered for the Six Hours One Friday Online Bible Study? We’re starting March 18th and continuing through Easter studying the final hours of our Savior, Jesus! Are you in? Come share with us on our blog! ~ Devotionals Daily 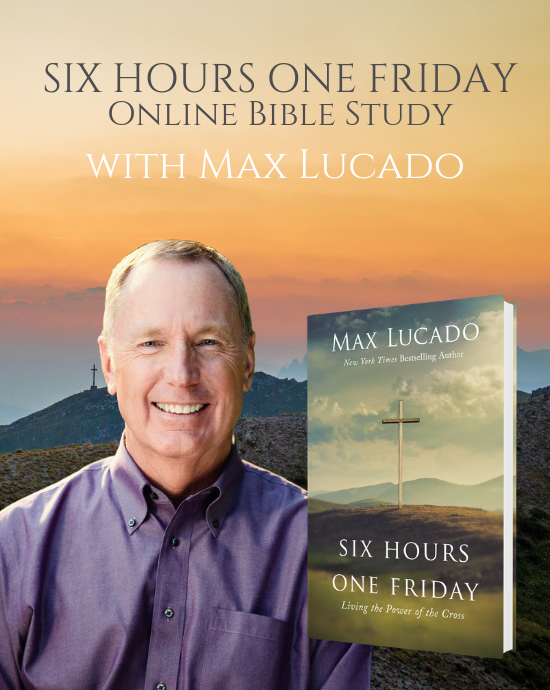 Join our OBS today, and grab your resources below to enhance your study!