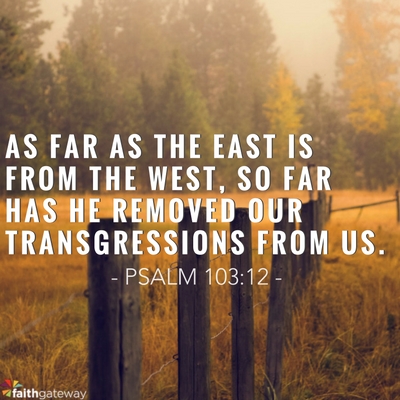 Although the words repentance and forgiveness sound religious and clean, the practice of these two grace-based words takes sleeves-rolled-up hard work. They’re tough, and they’re sweaty.

I’m a sinful man. This fact — and my willingness to confess it — releases the effects of God’s grace in my home. And because I am a sinful man, I am in desperate need of a Savior. Try as I might, including showing up for work before everyone else and working harder than the guy next to me, I cannot save myself.

One of the traditions to which my dad held very tightly was a family game of Battleship on Thanksgiving Day. Commercially created copies of this game are now available, even in electronic editions, inside those everything-under-one-roof toy megastores. You can even download the game from the Internet.

But when I was a boy, we played this game using sheets of graph paper. After turkey, stuffing, and pumpkin pie, we marked out the “ocean,” twenty-six squares high and twenty-six squares wide. We numbered the rows one through twenty-six and the columns A through Z. Then, each with his own sheet, we secretly laid out fleets of ships. With our pencils, we concealed two submarines, a few battleships, cruisers, destroyers, and aircraft carriers. Then, one by one, we went around the room and tried to locate — and sink — each other’s hidden ships by calling out letter and number coordinates. The game often lasted two or three hours.

Because there were so many of us playing Battleship, we inadvertently chose the same squares as other players did to place our ships. That meant that as we got deep into the game, we began to get a sense of where our opponents’ (enemies’) fleets were located. We could tell because they avoided shooting ships in those areas themselves.

Comparing ourselves to others will never work.

And avoiding the truth of our own sinfulness because someone else — even our children — has the same problem doesn’t get us off the hook either.

Jesus understood the tension we faced as we studied our graph-paper game boards.

One of the conundrums of being a mom or dad is that if we accuse our children of sin that we ourselves are guilty of — foul language, rudeness, gossiping, lack of discipline — we’re afraid that they’ll challenge our hypocrisy. So we avoid correcting their wrongdoing — memories of tiptoeing around my brother’s battleship on Thanksgiving Day.

When it comes to you and me, parents in our Christian homes, we cannot sidestep the admission of our guilt. In selecting dads and moms to manage families, God had no choice but to pick sinful people. We were on that list. Sinfulness comes as standard equipment. Before we rebuke our children when they are dishonest, we must be quick to repent when we get caught shading the truth. When they are rude to their siblings and we call them to account, memories of our own confessions of our own thoughtless remarks must be ringing in their ears.

“I’m sorry. I was wrong. Will you please forgive me?” needs to be a familiar refrain on our own lips, one our children frequently hear.

As I said, this is hard work. In every home located on Planet Earth, pride and dishonesty are relentless taskmasters. We accuse others while smugly hiding behind our own façade, acting as though we would never do such a thing.

Several years ago creative Christian actress and author Nicole Johnson wrote a dramatic sketch called The Ledger People. In it a husband and wife carry ledger books wherever they go. When someone in the house — usually a spouse — does something wrong, the offended spouse whips out the ledger and makes a notation. “That’ll cost you five points,” he or she snaps. The sketch, both outrageous and hilarious, was filled with sobering truth.

Our natural tendency is to keep score — to overlook good things but use indelible ink when logging offenses, grading other’s misdeeds more harshly than we wish to be graded ourselves.

For as high as the heavens are above the earth,

so great is His love for those who fear Him;

as far as the east is from the west,

so far has He removed our transgressions from us.

As a father has compassion on his children,

God’s grace in your home means no more ledger books. As difficult as this is to comprehend, the Creator of the universe hears our confession and forgives our sins, placing them in a landfill that no one can find. He carries no record. No ledger. In fact, He forgets them.

When there’s genuine repentance, forgiveness follows like a healing salve on a scraped knee.

There may be no more stunning picture of forgiveness in the Bible than that of the prodigal’s father lovingly embracing his once-defiant son. The boy had asked for his inheritance, which his father reluctantly gave him. Then he took the money and wasted it on wine, women, and song. Soon, however, he ran out of money and friends. He found a job feeding pigs. In his despair, the son began longing for home. So he returned to his father, well-rehearsed speech in hand.

Father, I have sinned against heaven and in your sight, and am no longer worthy to be called your son. – Luke 15:21

These words revealed the heart of the runaway boy. The father — who in the story represents Jesus Himself — had forgiven the son even before the kid asked for it. The runaway’s repentance and utter contrition was met with his father’s full embrace, and a celebration followed:

‘Bring out the best robe and put it on him, and put a ring on his hand and sandals on his feet. And bring the fatted calf here and kill it, and let us eat and be merry; for this my son was dead and is alive again; he was lost and is found.’ And they began to be merry. – Luke 15:22–24

The story of the prodigal son also includes the account of his older brother. Because he hadn’t taken his father’s inheritance and wasted it all, this model son felt that the family patriarch should have treated him with more favor. Of course. Hey, I took piano lessons. I remember how we learned the notes on the lines of the treble clef: Every Good Boy Deserves Fudge. Hard work. Big rewards. I’m for that.

The older brother was a faithful all-day worker. His little brother came to work much later. But the love of the father was equal for both. That’s grace.

Intellectually you and I understand this concept fully. We read it in a book and may even nod as we read along. But when we’re embroiled in a situation where others seem to have been given a prize that, frankly, we think we deserved, we point our self-righteous finger and declare the situation, “not fair.” Or when we’ve been wronged, forgiveness seems impossible to give. Or when we’ve been caught red-handed, repentance requires unbelievable courage. When we confess — “ Honey, I did a foolish thing. I let you down on this one” — and ask forgiveness — “I know you may not feel like it, but will you forgive me for being late again?” — we’re throwing ourselves on the mercy of the one we’ve wronged. Our pride is going to be completely trashed in the process. This is not a pretty sight, but that’s okay.

Applying repentance and forgiveness in our homes is tough and sweaty work. But the grace party that follows promises to be more fun than you’ve ever had.

Watch the Video for The Most Important Place on Earth

Excerpted with permission from The Most Important Place on Earth by Robert Wolgemuth, copyright Robert D. Wolgemuth.

We all long for better, deeper, kinder, and closer family relationships, don’t we? Are you ready to roll up your sleeves with your family this week and practice repentance and forgiveness? It’s not easy, but it’s so worth it! Come share your thoughts with us on our blog. We would love to hear from you! ~ Devotionals Daily