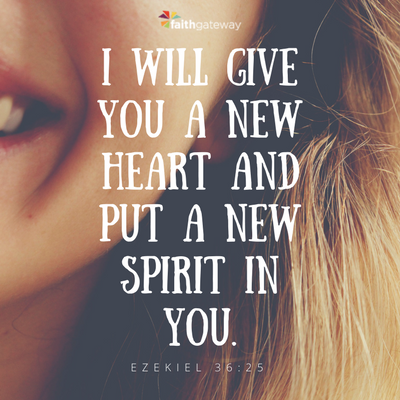 William Wilberforce knew his passion. He resisted it, but this passion held him captive as a young man, nearly at the same time that he became completely captivated by Jesus. He met God and wanted nothing more than to begin vocational ministry; he was convinced this was the best way to serve God. But the passion that kept him up at night, that had him pacing floors and banging tables, was the unacceptable injustice of the slave trade in England.

His minister, John Newton, a former slave trader, enlightened him about the horrors of slavery. William was haunted. God had given him a gift for communication, the empathy of one who had suffered, a position of influence through the House of Commons, and a deep, lifelong friendship with the prime minister of England. And he was faced with a need too awful to ignore. A dozen or more threads, ordained by the hand of God, were slowly assembling into a great calling.

Finally, Wilberforce’s friends convinced him that God could potentially use him most in the place of politician. He ran headfirst toward the thing that haunted him. It was painful, and most of his life was spent before there was any reform. But at some point his passions turned into a calling. When that happens, the cost becomes irrelevant.

Do you see the need around you?

We often miss this as a main point of the story of Joseph, but it is key. What was God doing through Joseph’s decades of suffering? Was he refining Joseph? Yes. Was he restoring Joseph to his family? Yes. But ultimately God intended Joseph’s life “to save many lives.”

And by the end of Joseph’s life, he told his brothers it was all worth it.

Every Christian knows that Christ gives us a foundational calling: to live as Christ. Christ met needs. And all our other passions serve only to lead us to the unique needs we can meet. Wilberforce and Joseph weren’t especially spectacular human beings; they just gave their lives to the problems of their generations. We could do that too. And together, as one body with many parts, we could see God move.

The word passion originates in Latin, meaning “to suffer.” The word was created by religious scholars in the eleventh century to describe the willing suffering of Christ. Passions have become nearly synonymous with pleasures and what excites us in modern culture. But consider that passion is originally defined as the moment of the deepest willing suffering of Christ for our good. It lifts the word from human desires to a monumental love willing to suffer.

When we find ourselves willing to choose suffering for a cause, that cause may hold our life’s mission.

God often leads us to passions through suffering, experienced or perceived. As you considered your scars on this journey, hopefully passions began to arise out of your darkest moments. You long to give the world what you failed to receive.

Passions are also born out of observing the suffering of others.

William Wilberforce observed suffering, and as it haunted him, his passions followed with a great intensity that eventually led him to his calling.

Joseph suffered great pain in his life, but his suffering gave him a sincere passion for reconciliation and human care. We don’t naturally have passion for others; naturally we are dang selfish. But when we were bought by Christ, we exchanged our hearts full of self-seeking passions for God’s heart. And now we share His passions. God said through his prophet,

I will cleanse you from all your impurities and from all your idols. I will give you a new heart and put a new spirit in you; I will remove from you your heart of stone and give you a heart of flesh. And I will put My Spirit in you and move you to follow My decrees and be careful to keep My laws. — Ezekiel 36:25-27

Our hearts are new, and now what was cold is warm and full of compassion, led and moved by His Spirit. We were built for this. What begins as a burden and obligation becomes the thing that fills our restless souls.

In the movie Amazing Grace, William Pitt’s character races through a field with Wilberforce and says to him, “Why is it you only feel the thorns in your feet when you stop running?” When we run for God and for people, we forget for just a moment about ourselves, and it feels amazing.

Nothing makes a soul sicker than too much time given to itself.

It’s like my five-year-old who I have to force to clean up the backyard. Every second of it seems to cause him physical anguish, until he finishes and looks up at me and says, “I am good cleaner. That was fun.” We aren’t ever happy when we’re lazy and selfish. The things we often think may steal our joy turn out to be the truest wells of joy that exist.

Excerpted with permission from Restless: Because You Were Made for More by Jennie Allen, copyright Jennie Allen 2014.

Watch the Trailer for Restless

What are you passionate about? What stirs your heart? What suffering of others deeply moves you? What haunts you? What is God calling you towards? Come join the conversation on our blog. We want to hear about what God is provoking in your spirit. ~ Devotionals Daily