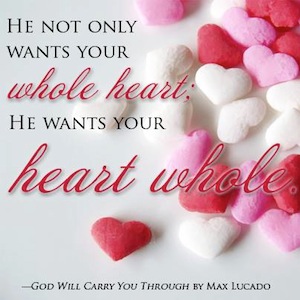 Jacob said to his sons… “Indeed I have heard that there is grain in Egypt; go down to that place and buy for us there, that we may live and not die.” So Joseph’s ten brothers went down to buy grain in Egypt. Now Joseph was governor over the land; and it was he who sold to all the people of the land. And Joseph’s brothers came and bowed down before him with their faces to the earth.

Joseph saw his brothers and recognized them, but he acted as a stranger to them and spoke roughly to them. — Genesis 42:1–3; Genesis 42:6–7

Initially, Joseph chose not to face his past. By the time he saw his brothers again, Joseph had been prime minister for nearly a decade… He could travel anywhere he wanted, yet he chose not to return to Canaan. Assemble an army and settle the score with his brothers? He had the resources. Send for his father? Or at least send a message? He’d had perhaps eight years to set the record straight. He knew where to find his family, but he chose not to contact them. He kept family secrets a secret. Untouched and untreated. Joseph was content to leave his past in the past.

But God was not.

All countries came to Joseph in Egypt to buy grain, because the famine was severe in all lands. — Genesis 41:57

And in the long line of folks appealing for an Egyptian handout, look what the cat dragged in. So Joseph’s ten brothers went down to buy grain in Egypt. — Genesis 42:3

Joseph heard them before he saw them. He was fielding a question from a servant when he detected the Hebrew chatter. Not just the language of his heart but the dialect of his home. The prince motioned for the servant to stop speaking. He turned and looked. There they stood.

The brothers were balder, grayer, rough skinned. They were pale and gaunt with hunger. Sweaty robes clung to their shins, and road dust chalked their cheeks. These Hebrews stuck out in sophisticated Egypt like hillbillies at Times Square. When their time came to ask Joseph for grain, they didn’t recognize him. His beard was shaved, his robe was royal, and the language he spoke was Egyptian. Black makeup extended from the sides of his eyes. He wore a black wig that sat on his head like a helmet.

It never occurred to them that they were standing before their baby brother.

Thinking the prince couldn’t understand Hebrew, the brothers spoke to him with their eyes and gestures. They pointed at the stalks of grain and then at their mouths. They motioned to the brother who carried the money, and he stumbled forward and spilled the coins on the table.

When Joseph saw the silver, his lips curled and his stomach turned. He had named his son God Made Me Forget, but the money made him remember. The last time he saw coins in the hands of Jacob’s older boys, they were laughing, and he was whimpering. That day at the pit he searched these faces for a friend, but he found none. And now they dared bring silver to him?

Joseph called for a Hebrew-speaking servant to translate. Then Joseph scowled at his brothers. He acted as a stranger to them and spoke roughly to them. — Genesis 42:7

I’m imagining the tone of a night watchman aroused from his midnight nap. “Who are ya? Where do ya’ come from?” The brothers fell face-first in the dirt, which brought to Joseph’s mind a childhood dream.

“Uh, well, we’re from up the road in Canaan. Maybe you’ve heard of it?”

Joseph glared at them. “Nah, I don’t believe you. Guards, put these spies under arrest. They are here to infiltrate our country.”

All ten brothers spoke at once. “You got it all wrong, Your High, Holy, and Esteemed Honor. We’re salt of the earth. We belong to the same family. That’s Simeon over there, that’s Judah . . . Well, there are twelve of us in all. At least there used to be. The youngest is now with our father, and one is no longer living. — Genesis 42:13

Joseph gulped at the words. This was the first report on his family he had heard in twenty years. Jacob was alive. Benjamin was alive. And they thought he was dead.

“Tell you what,” he snapped. “I’ll let one of you go back and get your brother and bring him here. The rest of you I’ll throw in jail.”

With that, Joseph had their hands bound. A nod of his head, and they were marched off to jail. Perhaps the same jail where he had spent at least two years of his life.

What a curious series of events. The gruff voice, harsh treatment. The jail sentence. The abrupt dismissal. We’ve seen this sequence before with Joseph and his brothers, only the roles were reversed. On the first occasion they conspired against him. This time he conspired against them. They spoke angrily. He turned the tables. They threw him in the hole and ignored his cries for help. Now it was his turn to give them the cold shoulder.

What was going on?

I think he was trying to get his bearings. This was the toughest challenge of his life. The famine, by comparison, was easy. Mrs. Potiphar he could resist. Pharaoh’s assignments he could manage. But this mixture of hurt and hate that surged when he saw his flesh and blood? Joseph didn’t know what to do.

Maybe you don’t either.

Your family failed you. Your early years were hard ones. The people who should have cared for you didn’t. But, like Joseph, you made the best of it. You’ve made a life for yourself. Even started your own family. You are happy to leave Canaan in the rearview mirror. But God isn’t.

He gives us more than we request by going deeper than we ask. He wants not only your whole heart; he wants your heart whole.

Why? Hurt people hurt people. Think about it. Why do you fly off the handle? Why do you avoid conflict? Why do you seek to please everyone? Might your tendencies have something to do with an unhealed hurt in your heart? God wants to help you for your sake.

Excerpted with permission from God Will Carry You Though, by Max Lucado, copyright Thomas Nelson.

Do you have broken family relationships in your life? Has God turned the heat up on them? Has He shaken things up? Pause for a moment to sit with God with your emotions and thoughts about those relationships and ask for His guidance and help. During this upcoming Valentines season of so much focus on romantic love, it’s easy to forget familial love. Maybe God is disrupting the comfortable distance for a great purpose… Come join the conversation on our blog! We’d love to hear from you! ~ Devotionals Daily