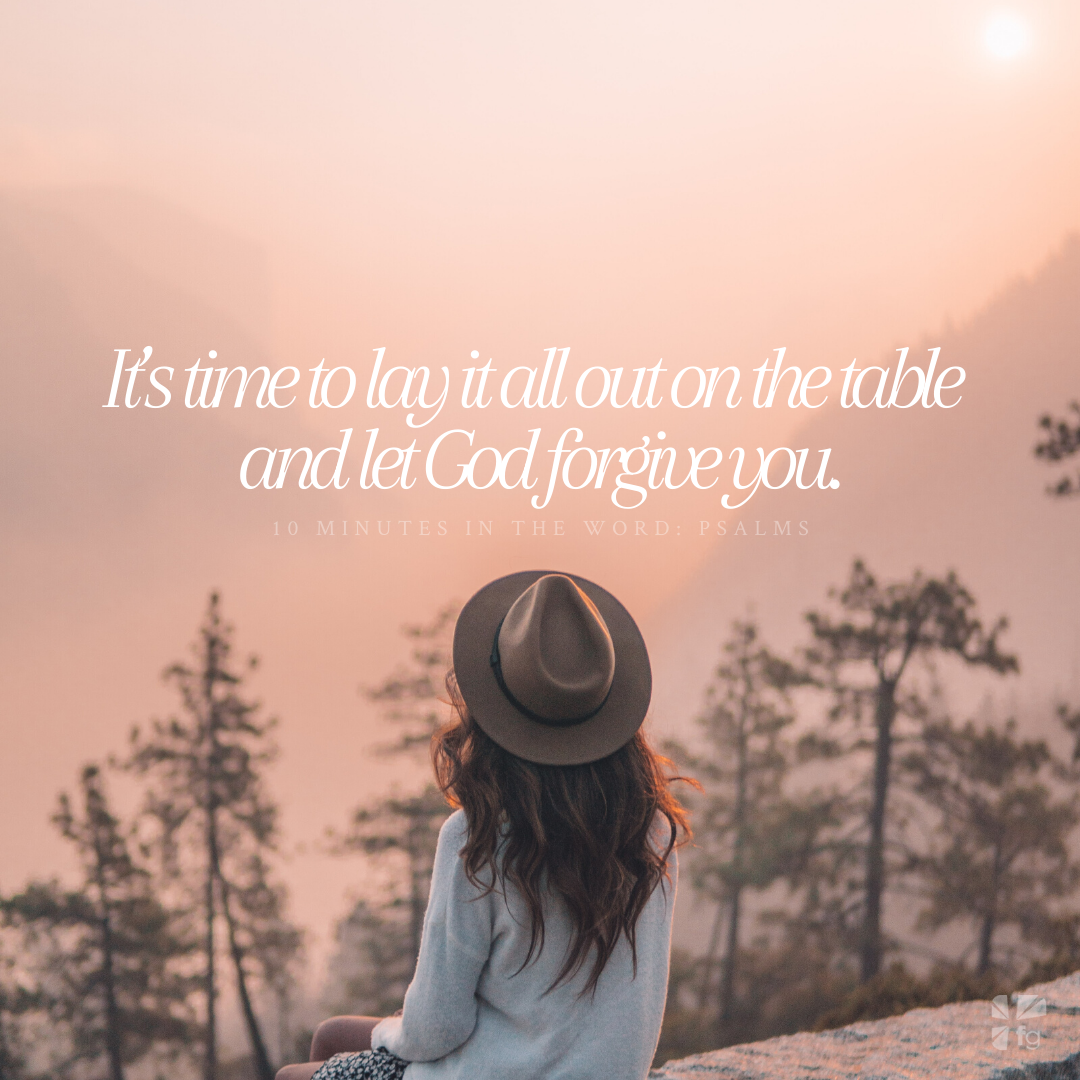 Cleanse me with hyssop, and I will be clean; wash me, and I will be whiter than snow. Let me hear joy and gladness; let the bones You have crushed rejoice. Hide Your face from my sins and blot out all my iniquity. Create in me a pure heart, O God, and renew a steadfast spirit within me. — Psalm 51:7-10

In Psalms 52–54, we encounter psalms that echo the familiar sentiments we often hear from David. He had criticized those who did not follow God, ignored and rejected God, and caused harm to His faithful followers. He cried out for rescue and for God’s justice to be poured out upon his enemies. He exhorted others to follow God completely and with pure hearts. But in Psalm 51 we encounter a very different situation.

David wrote this psalm after he had done something very wrong. He had committed adultery with Bathsheba when her husband, Uriah, was away in the army and she became pregnant. Originally planning to make sure Uriah believed the baby in Bathsheba’s womb was his own, instead King David sent Uriah into an area of heavy battle fully knowing it was likely he would be killed, and he was. David then took Bathsheba to be his wife. Nathan, a prophet, confronted David about his wrongdoing. At first, David dismissed his admonition and was unapologetic. It wasn’t long, however, before his guilt began to weigh on him and he wrote Psalm 51, revealing the agony of a soul truly twisted and conflicted by sin.

He acknowledged the wrong he had done against Uriah and the sin he’d committed against God’s laws. His rebellious spirit was now broken. David began to look at the long list of his transgressions against God, knowing how they condemned him. He pleaded with God for his whole account to be completely erased from God’s memory, but also from his own conscience. He wanted God to blot out the full picture so it couldn’t be seen anymore. His guilt had stopped his joy, and he missed his Lord and longed most of all for the restoration of their relationship. He had sinned greatly. Murder, adultery, covering up of his sin, and his rigid resistance against repentance. It took a bold confrontation from Nathan to break through his unyielding heart, but once shaken, David came clean before God with complete honesty. In humble brokenness, he laid it all on the table and asked God to create in him a new, pure heart and renew a steadfast spirit within him.

Have you been living in rebellion against God, but know it’s time to finally come clean? Have you been carrying around heavy guilt for the wrong you have committed in your life, not believing God can or will forgive you, let alone restore you? God simply wants you to be sorry when you sin against Him. It’s time to lay it all out on the table and let God forgive you. Let him take your sin and blot it out of His mind and lift that weight from your conscience for- ever. Like the hyssop the Hebrews used to paint the blood on their doors that God’s judgment might pass over them, let the blood of Jesus wash you whiter than snow.

Lord, disobedience and doing wrong things is what fallen people do in this fallen world. But then there is what You do. You wash us clean, forget what we have done, and You hide Your face from our sins forever. I praise You and thank You. Only You can create a new heart within me. Lord, make me a new person altogether.

Have you blown it? Big-time? Unfortunately, it’s a fallen person’s specialty. Blessedly, God’s specialty is washing us clean and totally forgetting what we have done. Come share your thoughts with us on our blog. We want to hear from you! ~ Devotionals Daily